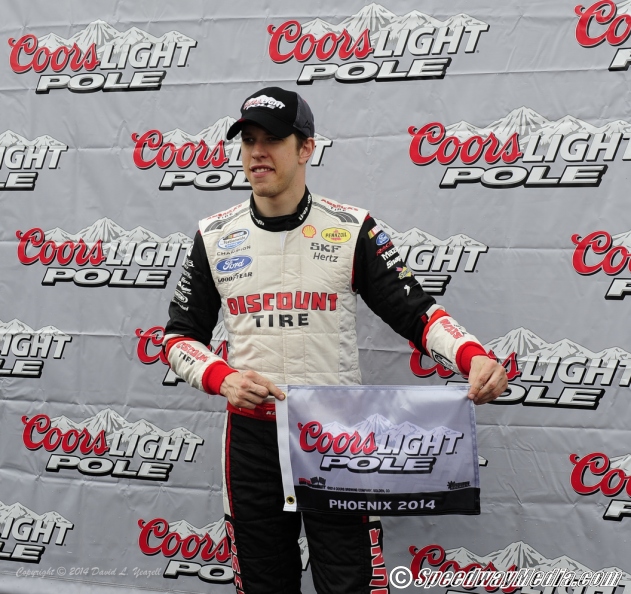 After scoring the pole for the Sprint Cup Series race yesterday, Brad Keselowski kept the momentum rolling as he would score the pole for today’s Nationwide Series Blue Jeans Go Green 200 at Phoenix International Raceway. Keselowski covered the one-mile flat track in a speed of 134.053 mph (at 26.855 seconds).

Elliott Sadler will start sixth, followed by JR Motorsports teammates Kevin Harvick and Regan Smith. Kyle Larson and Trevor Bayne will round out the top 10.

The Nationwide Series race is set to start at 3:47 p.m. EST as NASCAR has moved up the start of the race due to threat of rain.