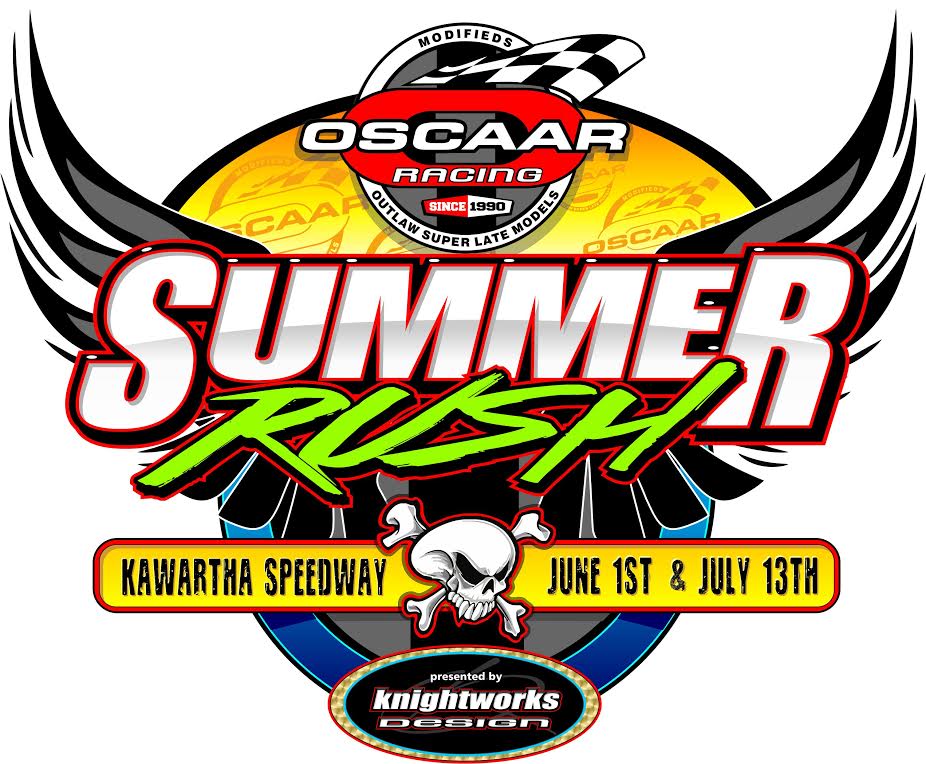 “I’m not sure we could have cut this one much closer”, smiles Jones as he works alongside his team to put the final preparations together to return to action. “It was a long drive home from Sunset, that’s for sure. Blowing an engine in the first feature of the season is just about the roughest way to start the summer”

“It looked as though our season was over”, continues Jones. “As hard as the team worked throughout the off-season, all the preparation, all the planning – it seemed all for naught. Thankfully, at the eleventh hour, we were able to put a deal together with help from McGunegill Engine Performance to be back out at Kawartha for Round 2”

The early-season hurdle has sent the Rookie contender scrambling for funding to complete the season, after sinking the majority of his family-run J Star Motorsports budget into the new powerplant.

“We’re definitely looking for a little bit of help to be able to run the rest of the tour”, explains ‘Twinkle Toes’. “Our projected budget is pretty much tapped out now, so we’ll have to pound the pavement a little bit and find some additional support”

Despite the adversity, the former Canadian Vintage Modified standout is quick to underscore just how grateful he is to be returning to the tour.

“After coming so close to having our season wiped out, we can’t wait to get to Kawartha”, beams Jones. “I feel like we’ve just taken this team off death row. We’re more motivated than we’ve ever been. We had a great car through practice and qualifying at Sunset, we just didn’t get to show it in the feature. I hope we can make up for that this weekend”

Round 2 of the OSCAAR Super Late Model tour is scheduled for Sunday, June 1st at Fraserville, ON’s Kawartha Speedway. Gate times and ticket prices for the event can be found at www.OSCAAR.ca

Fans can keep up with Corey on Twitter @CoreyJones82 and visit the team’s J Star Motorsports page on Facebook.