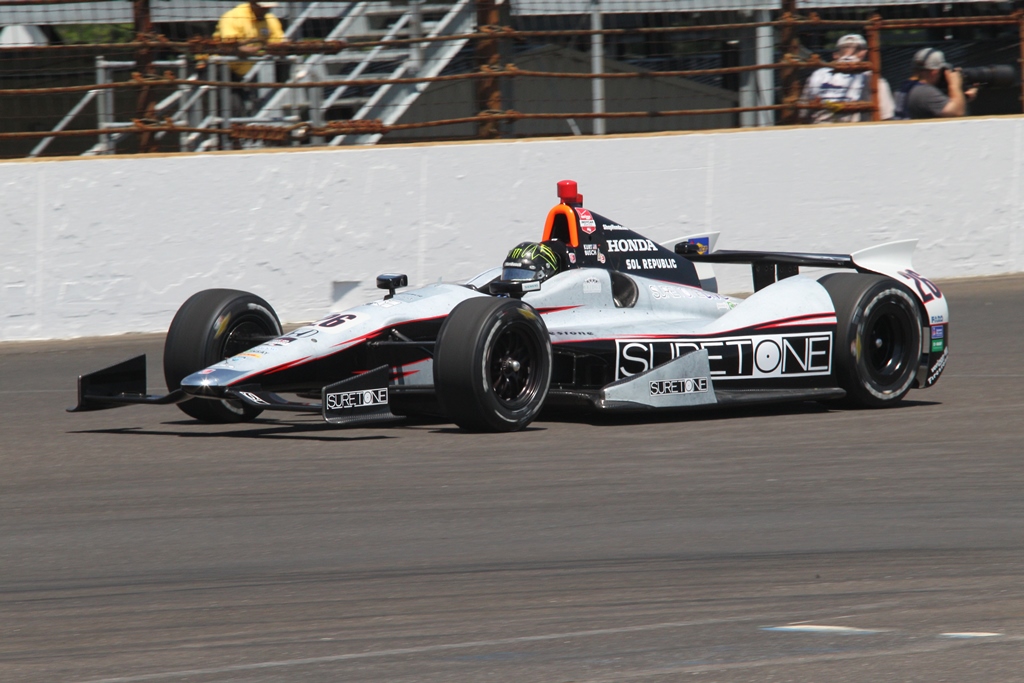 DETROIT (Friday, May 30, 2014) – A year after splitting wins in the inaugural Chevrolet Indy Dual in Detroit presented by Quicken Loans, Simon Pagenaud and Mike Conway topped the opening day of preparations for the 2014 event.

Pagenaud and Conway were 1-2 in the 45-minute afternoon practice session to top the day’s two sessions. The three rounds of qualifications, including the Firestone Fast Six to determine the Verizon P1 Award winner, for Race 1 take place at 8:30 a.m. (ET), May 31. ABC will televise both 70-lap races (3:30 p.m. ET, May 31 and June 1).

Pagenaud set the bar high in the second 45-minute practice session for the Chevrolet Indy Dual in Detroit presented by Quicken Loans with a lap of 1 minute, 17.6502 seconds on the 2.36-mile, 13-turn temporary street circuit.

Pagenaud, who earned his maiden Verizon IndyCar Series victory in Race 2 of the 2013 doubleheader on Belle Isle, was less than two-tenths of a second off the circuit record in its current configuration set by Conway in Race 2 last June.

Conway, who won Race 1 and was the Verizon P1 Award winner for Race 2, was .0647 of a second behind Pagenaud in the No. 20 Fuzzy’s Ultra Premium Vodka car for Ed Carpenter Racing.

“I think it’s becoming an interesting track in terms of racing, not just qualifying, but there’s some good places for passing — Turn 3, Turn 7,” said Pagenaud, who won May 10 at the inaugural Grand Prix of Indianapolis in the No. 77 Schmidt Peterson Hamilton Motorsports car. “It’s breathtaking after being two weeks at the Indianapolis Motor Speedway. You really get your hands full. It’s certainly hard work. You just push yourself as hard as you can and try to do a good lap.”

Team Penske’s Helio Castroneves, runner-up in the Indianapolis 500 on May 25, and Will Power also recorded laps under 1:18 in the practice, while Ryan Hunter-Reay was fifth with a best lap of 1:18.1674. The newly-crowned 500 Mile Race champion was quickest in the opening session.

“We had a great first session and in the second session we only used one set of tires, so we’ve got some tires in the back pocket for the rest of the weekend,” said Hunter-Reay, who arrived in Detroit on May 28 after a whirlwind Indianapolis 500 Victory Tour. “I think we’ve got a pretty good car for qualifying; we’ll see how it goes on session at a time.”