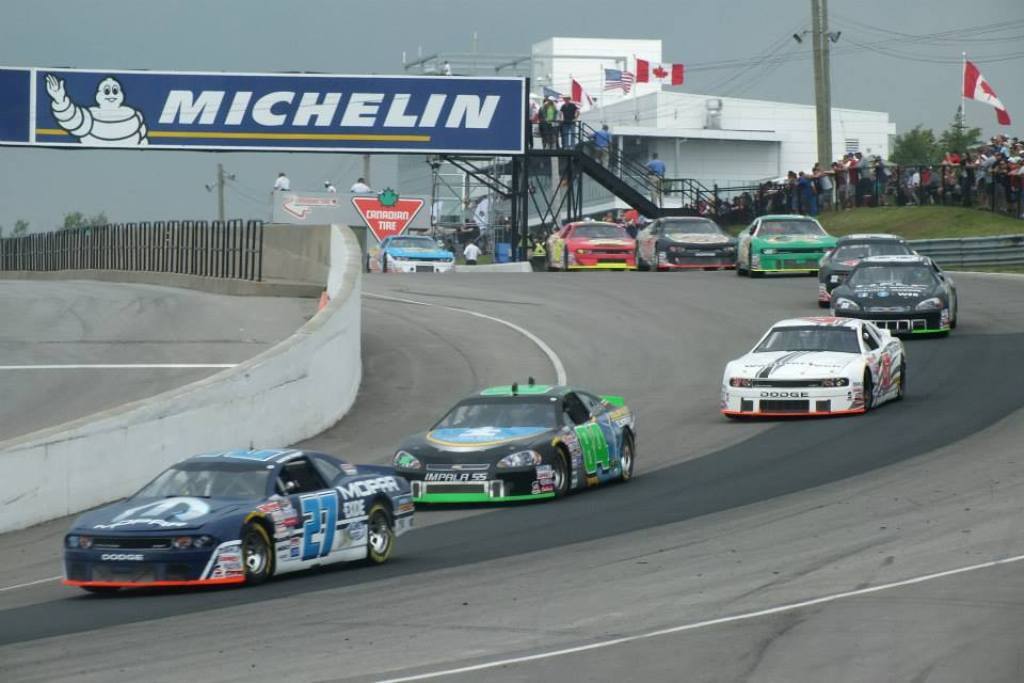 On Wednesday, December 17th, NASCAR unveiled the 2015 NASCAR Canadian Tire Series schedule. Consisting of 11 races at 10 different tracks, the schedule is a mere copy of last year from top to bottom.

“We’re really fortunate to have long term partnerships, with tracks that have been part of our series every year since the beginning,” Series Director Alex Nagy told MRN. “That says a lot about the series, the participation and Canadian Tire’s support. We have a lot of interest from a lot of other venues, and it’s not always easy to get them in with the weekends that are available. We continue to work on that and can only extend the budget so far. Just wish that we could include everybody, but sometimes can’t.”

Nagy added that to make this work from both the series standpoint and driver standpoint, “it’s a lot of work, a lot of time and a lot of commitment for our teams and we appreciate it so that way we’re able to cross the country”.

The season starts off with a trip to Canadian Tire Motorsports Park in Bowmanville, Ontario on May 17th as part of the Victoria Speedfest Weekend, where the NCAT will run alongside some of the premiere road racing divisions in Canada. It marks the third straight year in a row that the series has begun at CTMP.

The series will get a month off before heading to Autodrome Chaudiere in Valle-Jonction, Quebec on June 13th for the second straight year in a row. The bowl shaped oval had it’s premiere race on the tour last season, producing a thrilling race from top to bottom.

Heading into July, the series will remain in Quebec with a trip to Circuit ICAR on July 5th. The Mirabel, Quebec road course is always a hit with drivers and fans as the track is located only 20 minutes outside of Montreal. The next leg of the tour will consist of the west coast swing that includes a pair of races in the span of five days. The Canadian Tire Series has done the pair of races in this nature for the past couple of seasons, squeezing both races in to make the trip worthwhile for the teams. The NCATs will head to Edmonton International Raceway (Wetaskiwin, Alberta) on July 11th, before making a mid-week stop at Auto Clearing Speedway (Saskatoon, Saskatchewan).

“It’s been a great success,” Nagy said of the west coast swing. “We don’t really want to stretch the teams out a couple of weeks so that way it shortens the trip. It’s kind of unique, and were able to have done it with a lot of success since Brad Moran created it.”

The month of July will then conclude with a trip back out to Quebec with a visit to Autodrome St. Eustache (St. Eustache, Quebec) on July 25th.

The month of August will start off with a trip to Circuit de Trois-Rivieres (Trois-Rivieres, Quebec) on August 2nd. One of the premiere events on the schedule tracking many fans due to the wide variety of racing that takes place, combined with the tight corners makes this event a must watch. 2014 NASCAR Canadian Tire Series Champion L.P. Dumoulin will be looking to score the victory once again ahead of his hometown fans. The event will be followed by the ninth visit out east to Riverside International Speedway (Antigonish, Nova Scotia) on August 15th, which is a standout event for many due to the track design. Last year’s event was also no short of drama, with hometown favourite Donald Chisholm scoring the victory. The month of August will then finish off with a return trip to CTMP as they race alongside the NASCAR Camping World Truck Series for the third straight year in a row.

“It’s great for our series sponsor Canadian Tire, and very important for our sponsors in that we can showcase our sponsors and teams in front of the biggest fan base possible,” Nagy said of the second date at CTMP.

The last month of schedule will feature a pair of top notch Ontario ovals. On September 12th, the NCATs will head to Barrie Speedway’s (Barrie, Ontario) oval, which featured the closest finish of the season in 2014 with Jason Hathaway edging J.R. Fitzpatrick at the line.

The season will then conclude at Kawartha Speedway (Fraserville, Ontario) on September 19th. The wide, high-speed oval allows the perfect combination of high speed, short track style racing to decide the championship. It marks the ninth straight year that Kawartha has held the season finale.

Moving forward, there is possible discussions of expanding the schedule in years to come as there are a potential five to six tracks that have requested a spot on the schedule. Though, for right now, Nagy is happy with how things are going.