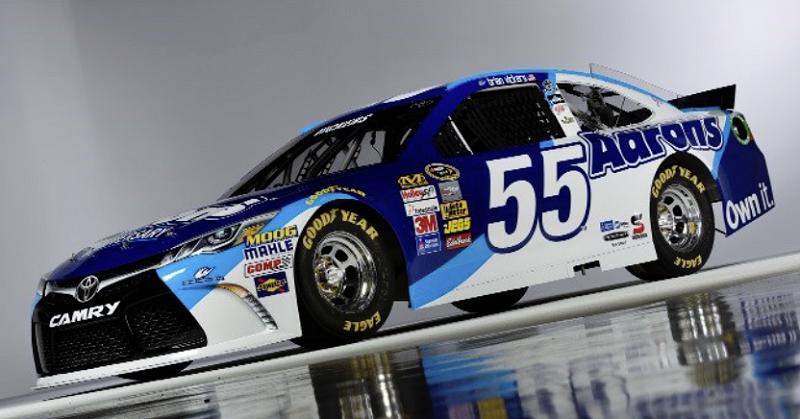 CORNELIUS, N.C. — When you talk about the rising stars of NASCAR a few names come to mind like Chase Elliott, Kyle Larson and Darrell Wallace Jr.

Based on the record book, the NASCAR world should add one more name to the list…Brett Moffitt.

What’s the difference between Moffitt and those rising stars since their days in the East Series?

Though Moffitt owns a few Sprint Cup starts, he’s never had a chance to demonstrate his talent with a full-time team, crew and car that’s competing for wins and a championship. Moffitt sees this weekend’s race as a chance to show the world he belongs with the sport’s young stars.

BRETT MOFFITT: “You always want to do well but you also don’t want to go out and make a crazy mistake trying too hard. I want to do well for myself but also for Michael Waltrip Racing and Aaron’s. They have shown a lot of faith in me over the last few years and given me this chance. That’s all I ask for. I want to show that I belong out here. We’ve had a lot of success back home in Iowa and in the East Series, but my family can’t fund racing out of its own pocket and sponsorship is always a challenge. When that’s the case, there aren’t a lot of opportunities for guys like me. So, you have to run well when you do have an opportunity like I’ll have in Atlanta. That isn’t pressure, in fact it’s kind of fun. Pressure to me is walking around the track with no ride.”