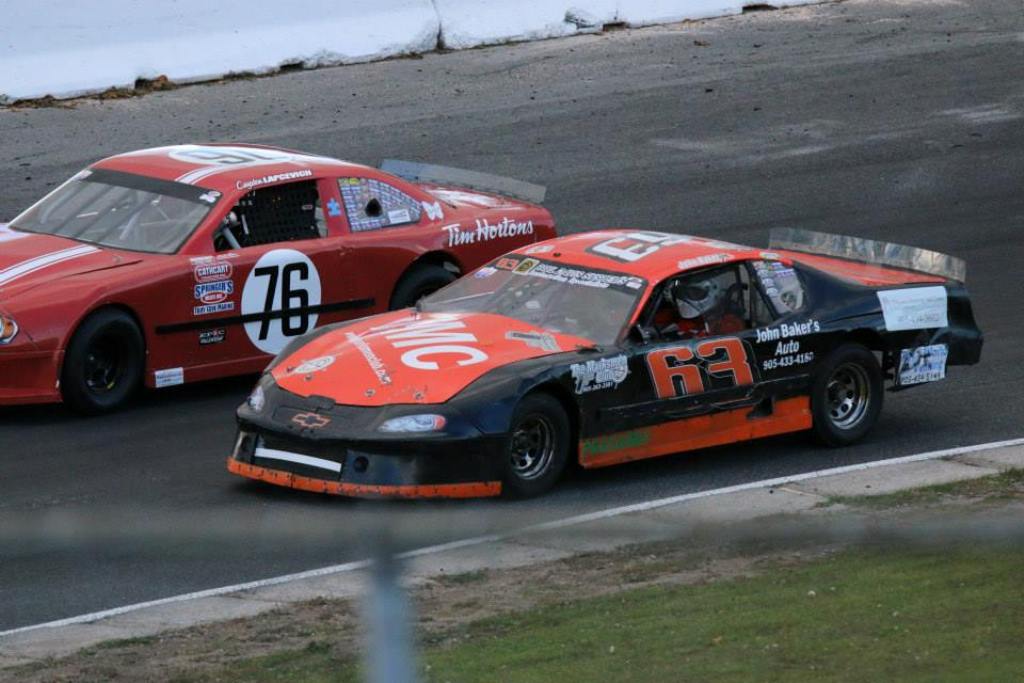 After having success throughout his career to date, John Baker Jr. is making the step up to the OSCAAR Modified division for the 2015 season.

“This season I am so excited at the stuff we get to learn and all of the different people we will get to play with,” he commented. “Not to mention, some tracks I have only gone to watch from the grandstands over the past 20 years; I cannot wait to actually race on their track. My biggest goal would be to try and get some top-five finishes. To steal Rookie of the Year Award would be amazing, but there is lots of top competition for that spot.”

He will unveil his brand new modified at the Motorama Custom Car and Motorsports Show. The show takes place from March 13th to 15th at the International Center in Toronto, Ontario, and will feature some of the top individuals in both the car enthusiast and motorsports industry.

The thunder car driver has had success throughout his career to date, including some notable victories at Kawartha Speedway and a top-three finish in last year’s Autumn Colors Classic at Peterborough Speedway.

“Last season was amazing; traveling from place to place was a lot of fun,” he shared. ‘We were excited to know we found an awesome package that worked at Kawartha before it got shut down and we were almost unstoppable there. Everywhere else we traveled we made out fair.”

Partnered with Farm Bros Racing, Baker Jr. is hoping to carry that success over to the OSCAAR ranks in 2015.