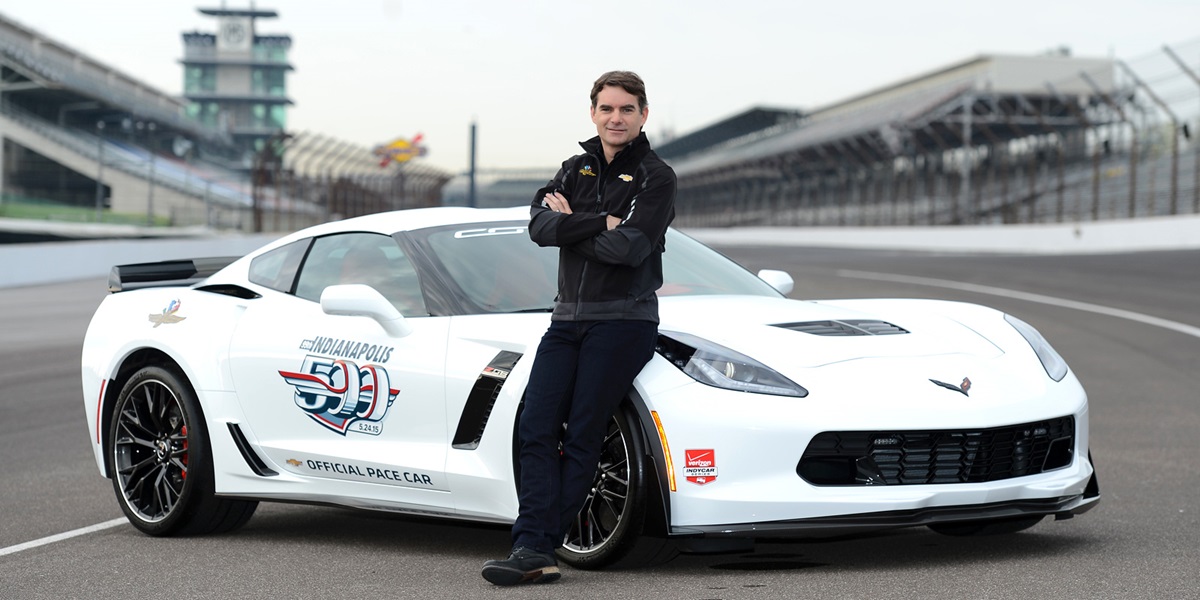 For more than two decades, NASCAR Sprint Cup Series driver Jeff Gordon has been one of the most famous and successful drivers in all forms of racing. The 2015 season marks the final full-time run for the pilot of the famous No. 24. To commemorate his stellar career, vehicles from his personal collection as well as racing machines from the most iconic moments in his career will grace the AutoFair Nationwide Showcase Pavilion at Charlotte Motor Speedway, Sept. 24-27.

The legendary 1.5-mile superspeedway holds a lot of memories for Gordon, the most notable being his first career NASCAR Sprint Cup Series victory in the 1994 Coca-Cola 600. Back then, he was driving the Dupont Rainbow Warrior paint scheme, which was seemingly retired in 2000.

Last month, the Rainbow Warrior made its return to NASCAR. The special scheme, with Axalta on the hood, was driven by Gordon as a throwback at Bristol Motor Speedway. Fans will have the chance to see that same Chevrolet SS on display during AutoFair.

Another vehicle set to grace the Nationwide Showcase Pavilion is the famous Chassis No. 2429, raced in the 1997 NASCAR Sprint All-Star Race. Many know this car as “T Rex” as it was sponsored by the movie “Jurassic Park.”

That night, Gordon and T-Rex dominated the race on the way to scoring the victory. The vehicles’ on-track performance was so incredible that NASCAR officials rewrote the rule books to ensure it never raced again at a NASCAR-sanctioned event.

In addition to these iconic vehicles, fans can catch a glimpse at some of Gordon’s racing memorabilia, including his DuPont Rainbow uniform used in 1996 and his 1989 fire suit from his Sprint Car days on dirt.

The AutoFair features more than 50 car club displays and more than 7,000 vendor spaces offering an array of automotive parts and memorabilia. More than 1,500 collectible vehicles of all makes and models will be available for sale in the car corral that rings the 1.5-mile superspeedway.

Hours for the Sept. 24-27 AutoFair are 8 a.m. to 6 p.m., Thursday through Saturday, and 8 a.m. to 4 p.m., Sunday. Ticket prices are $11 per day (including tax) for adults. Children 13 and under are admitted free when accompanied by an adult. Fans who buy three tickets get the fourth day free. Parking for the event is $5. For more information on the four-day event, contact the speedway events department at (704) 455-3205 or visit www.charlottemotorspeedway.com.

To purchase single-day tickets or four day-passes, fans should call the speedway ticket office at 1-800-455-FANS (3267) or visit the website.