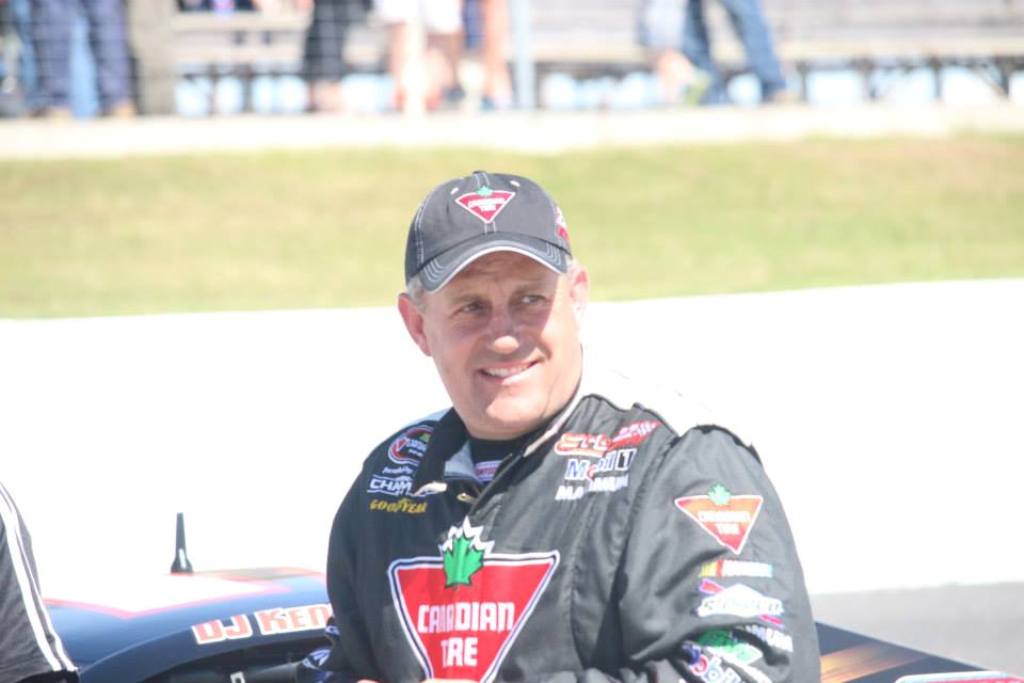 “As a team, we’re looking forward to the Pinty’s 250,” he commented. “I wish it would’ve been two weeks ago instead of waiting this long. But, anything can happen in racing and we’re going there to win the race and hopefully get Canadian Tire another championship.”

For Hathaway and Ranger – there are plenty of scenarios that could hand either driver the championship this season.

RELATED: Breaking Down The NASCAR Canadian Tire Championship By The Numbers

“Looking forward to this weekend and getting down to this last race to decide the championship,” Hathaway commented. “I know our team, like everybody else, is putting in extra hours this week. Looking forward to getting on the track and putting on a show for the fans.”

“I think it’s going to be a stressful race,” Ranger commented. “I’ve been with the MOPAR team already. They’ve been working really hard on the car and its going to be a fun race, fun track. Hope we put on a good show for the fans and win a third championship.”

As mentioned, Dumoulin also enters this weekend with an outside chance at the championship, depending what happens to his fellow competitors during the race.

Given the closeness of the drivers in the title fight, there’s no doubt in any of the three drivers involved that they will be fighting for it at the front of the field throughout the full 250 laps. Ranger noted that they need all the points that they can get to try and win the championship, and winning the race is the best way to get that. Hathaway notes for that reason, qualifying will be important.

“I mean, if all goes right we get a good qualifying in and can start up front with the guys that we’re racing against,” he commented. “Everybody has the same goal going into this weekend – to win the race, lead the most laps, and get the most points that you can. Whatever happens at the end, it happens. For my team, it’s just a privilege to be racing for the championship because we didn’t think that we’d make it this far so to be invited to the party at Kawartha to race for it, it’s exciting for our team. So same thing goes – just try to win the race and lead as many laps as you can. It’ll be fun.”

As Steckly added, there’s no laying back as “there’s so many good cars that you have to run up front and lead laps.” Drivers like past series champion D.J. Kennington, Gary Klutt, Anthony Simone and Mark Dilley and others who are not part of the championship will be looking to close their season on a high.

“Don’t forget there’s going to be 24 cars out there this weekend, and lots of those guys are going to be fast as well,” Dumoulin commented. “It’s not just going to be us up front and they’re going to be the show. There’s a lot of people that want to finish the season on a good note with a win there so they can raise sponsorship and all that. I’m telling you that it’s going to be a very fun race for the fans to watch.”

Each of the drivers have had success at Kawartha, too, leaving all of them confident going into the weekend. Steckly has two wins and an average finish of fifth in his eight Kawartha starts. He noted during the media press conference that he loves racing at Kawartha, as it’s a fast track with lots of room to race.

“It’s very forgiving, and good and wide,” he added. “We love going there. The fans are great in the Peterborough area and all over Ontario. It’s great race track to finish the year at.”

Hathaway has also been successful there, picking a victory in 2008 with four top 10s and an average finish of ninth in the previous eight Kawartha events. He has also seen success in each type of car that he has driven, with a victory in a late model at the Summer Sizzler, a victory in a street stock and a CASCAR victory.

“It’s a great track and lots of room to race,” he commented. “It makes for a great race track to decide a championship with two grooves, ability to race up on the high-side. I think that’s why the fans like it. It’s a good track to close it out.”

Those sentiments were reflected by Ranger, who also stated it was a “very fun to race at and it’s fast”. He has also been successful, with an average finish of 10th and a best result of second (2012) in four previous Kawartha appearances. Lastly, Dumoulin only has an average of 14th to go with his previous four starts, but posted his best Kawartha finish last season, ending up ninth.

“Last year, we had a good run but I was a little laid back as I had a fair amount of points. I was more point racing than trying to win,” he commented. “It’s a track that I really enjoy. It’s a wide track and you can really roll a lot of speeds in the corners and get after it.

Though just because they will be racing hard, don’t think there will be games played. As Dumoulin notes, there’s a level of respect between all four drivers that is set to make “it a fair fight between all of us and going for the win and having a lot of fun”.

“Rubbing is racing – but not knocking a guy out to win the race or the championship,” Dumoulin continued. “For me, it’s not the way that I want to spend my time thinking how I got that race by knocking the guy out and sending him in the wall. It’s going to be a lot of fun and a good show for the fans. For me to have fun, I have to feel that I deserve the trophy.”

“It’s been a fun series, it’s been fun year so I definitely want to win the championship,” Ranger added. “To kick someone out is not part of the goal. It’s to finish the race and see where things fall for the championship.”

No matter how the race breaks down, Steckly says it will be about playing it smart as “to win the championship you need to be there at the end, and you’re not going to be there at the end if you get in a wreck or anything like that”. Of course, it will be hard for any of the teams to play strategy as NASCAR has set up a half-way, five minute break for this event versus doing live pit stops. Rather than strategy, it’ll be about what driver and team have the best handling car and are in the right spot at the right time at the end of the race. There could also be a game changer caution late in the game, too, as Hathaway notes that’s been a theme of the past.

“It’s going to be tough racing at Kawartha,” he commented. “It always produces an exciting finish. We always get a late caution and are able to put on a show. We all have a lot of respect for each other so it’ll be a good show and we’ll see what happens.”