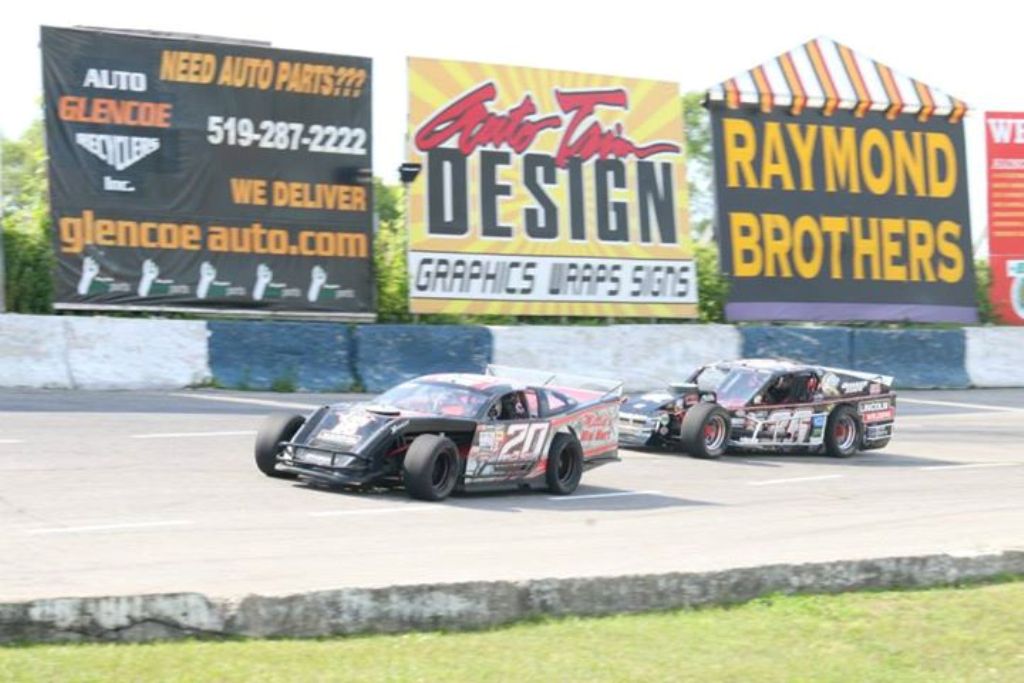 For the second time this season, the Hoosier OSCAAR Modifieds are set to take to Delaware Speedway in their fourth season of competition. The feature event in July produced thrilling action throughout the field, and the drivers are hoping for the same result this time around

Brian McLean hadn’t traditionally done well at Delaware, posting a DNF in each of his first four starts. However, the tide began to change this year, it looks like anyway, as he posted a fifth place finish. McLean also enters this weekend with momentum on his side, coming off of a podium finish at Full Throttle Motor Speedway.

Gary Elliott is looking for a stronger run this time around as he finished 14th in the spring. He did post a top-10 finish last year, though, finishing ninth. Coming off finishes of third and fifth in the last two events, he enters this weekend with momentum on his side.

Gary McLean enters this weekend on a roll, coming off three wins and a fifth place finish in the last four events, including a victory in the coveted Rick Woolner Memorial at FTMS. He has done well at Delaware in the past, posting a top-five finish in each of his five previous starts, highlighted by a win in 2012.

John Harper is hoping to have a solid run this weekend following a 13th place finish at FTMS. His first trip to Delaware this year didn’t go well, with a 19th place finish. He has done well before, though, finishing eighth in 2013.

A bunch of rookies have made their presence known in OSCAAR competition this year, and many of them head to Delaware Speedway looking for a good run.

Dan Price hopes to have a better run at Delaware this time around as a lap one wreck took him out of contention back in July. He also needs a good run as he has failed to post a top-10 finish in the past two races.

For John Baker Jr., it was a second place finish at Delaware in July that really kicked his season into high-gear as he has yet to slow down ever since. Since Delaware in July, he has posted five straight top-10 finishes, including a second at Peterborough.

Cory Horner is also hoping for the quick way around after finishing 12th in July. He enters this weekend with momentum, following a runner-up finish at FTMS.

Mike Hearty is set to make the long haul to London from Sault St. Marie this weekend in his second trip to Delaware Speedway. He will hope to bounce back after just barely missing the top-10 the previous two races. He finished eighth at Delaware in July.

A.J. Emms had a good run going in July at Delaware, but was spun out while running third and had issues restarting the car, resulting a DNF. He enters this weekend with a lot of momentum after posting his career OSCAAR finish with a fourth at FTMS.

David Balych looked to be on his way to a good run at FTMS, but mechanical issues took him out of the running. He was solid at Delaware in July, posting a ninth place finish.