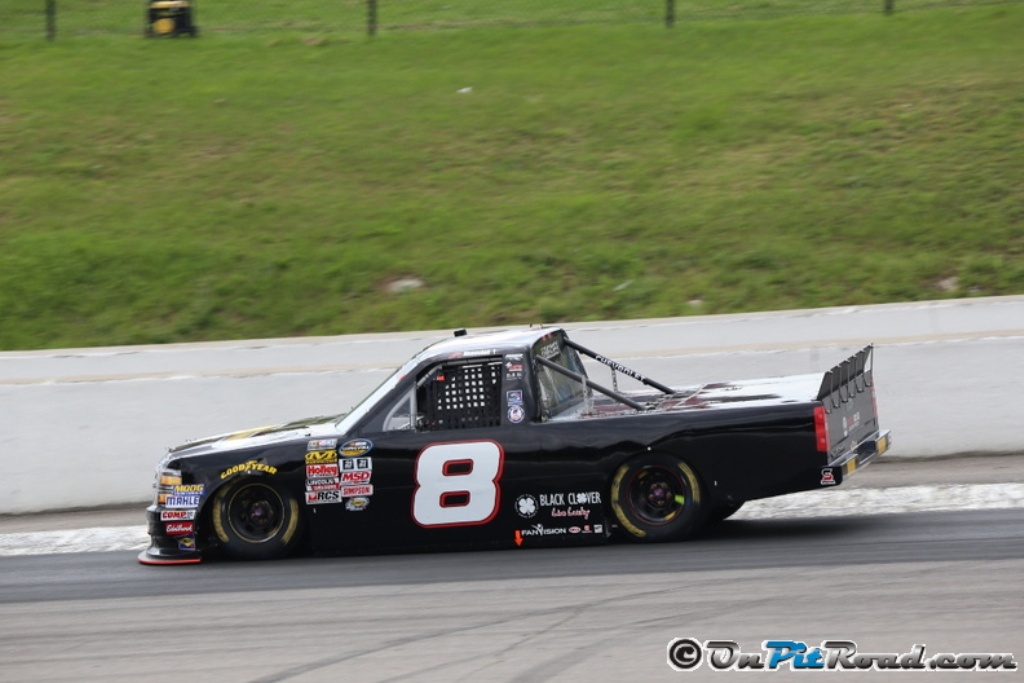 Though even with the biggest moment of his career happening, he said this week has been just like any other week for him and the NEMCO Motorsports team.

“We’re at the shop working on the trucks to make them go as fast as they can,” he commented. “The guys have a confidence boost coming into this weekend. I actually thought our first win would come on a short track, not a mile and a half, but it came on a mile and a half. I think that we still have our short track program figured out and will hopefully have something for this weekend.”

He added that they have kept putting in the hard work as it’s not easy to win in the series with “so many talented drivers out there”.

“Luck has to be on your side and you have to have good pit stops,” he added. “Luckily, that all came together. All the guys were pumped up in the shop and looking forward to getting back to the race track.

“We’re going to end up taking that truck to Vegas next week so we set-up two trucks this week, put in a lot of hours. Your life does change a little bit – confidence boost and everything else.”

Admittedly, though, things were a little different when it got down to it for the 18-year-old. He did more media last week than he’d normally do in a week, and had many people giving him a shout-out on the victory. He said the shout-outs that meant the most to him came from crew guys that used to work with his dad Joe Nemechek as “they were the guys that raised me at the race track”. He also added that it was cool to see some of the Sprint Cup Series stars congratulating him after getting to hang around them when he was younger.

For Nemechek, it seems that all the pieces are coming together to have a successful NASCAR career. He would like to be one of the drivers that run the full schedule next year and chase after the championship, but says that right now they’re looking for funding to make that happen.

“Sponsorship is everything so trying to find funding to run,” he commented “I don’t know what the plans will be next year. Hopefully we will be running for a championship out of NEMCO Motorsports. Who knows what the future may bring.”

Beyond racing in the NASCAR Camping World Truck Series, Nemechek added that NEMCO would not look at running their own XFINITY Series car. The only way he would able to do that is signing with one of the big teams in the series if he wants to continue moving up.

“You kind of have to work towards that,” he continued. “You have to let your talent shine and keep winning races to get there.”