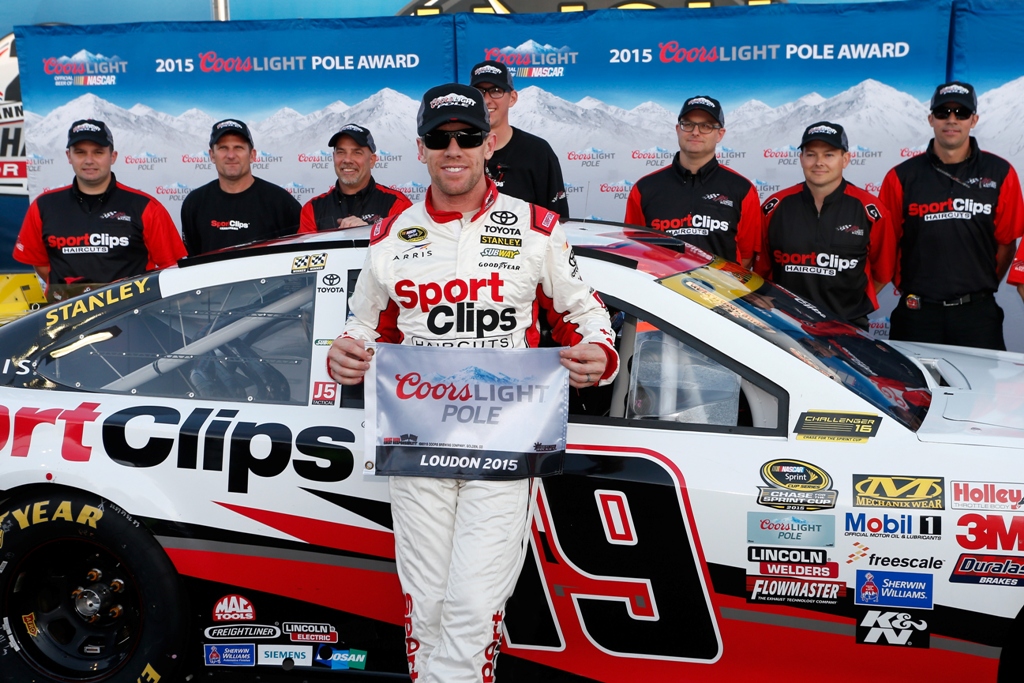 Edwards covered the 1.058-mile distance in 27.604 seconds (137.980 mph) to earn his third Coors Light Pole Award of the season, his second at New Hampshire — completing a season sweep of the top starting spot at the Magic Mile — and the 16th of his career.

“To be honest, that third round surprised me, how fast we were,” said Edwards, who was 11th fastest in the second round. “I think it helped me almost to struggle through the second round, ’cause I thought, ‘Aw, heck with it,’ and I just kind of went for it in the third round.

“The car has a ton of speed. I hate to admit how poorly I drove it the first and second rounds, but I think it really says a lot about how fast the car is.”

Needing a victory or an extremely high finish to restore his hopes of repeating as NASCAR Sprint Cup Series champion, Harvick (137.845 mph) posted a lap .027 seconds slower than that the pole winner to earn the second-place starting spot.

“I felt like I probably left those few hundredths of a second not being aggressive enough off the exit of Turn 2, and as good as the car was off of Turn 4,” Harvick said. “Small crumbs. It’s hard to balance that here, because if you push the car too much, you wind up giving up two or three tenths (of a second) instead of two or three hundredths.”

Harvick, however, declined to address his confrontation with Jimmie Johnson after last Sunday’s Chase opener at Chicagoland Speedway. Side-to-side contact with Johnson’s Chevrolet ultimately flattened the left rear tire of Harvick’s No. 4 Chevy, sending him spinning into the Turn 3 wall and relegating him to a 42nd-place finish.

That result left Harvick last in the 16-driver Chase standings and incensed at the six-time champion. When Johnson approached the reigning champ in the motor coach lot after the race, Harvick responded with a blow to Johnson’s chest, as one of Harvick’s handlers tried to keep the drivers apart.

Asked whether Johnson might have something to worry about in Sunday’s race, Harvick replied, “I don’t look back. I just do what we have to do to focus on what we need to do looking forward. I’m not going to use you guys (the press) to make threats. I can do that myself.”