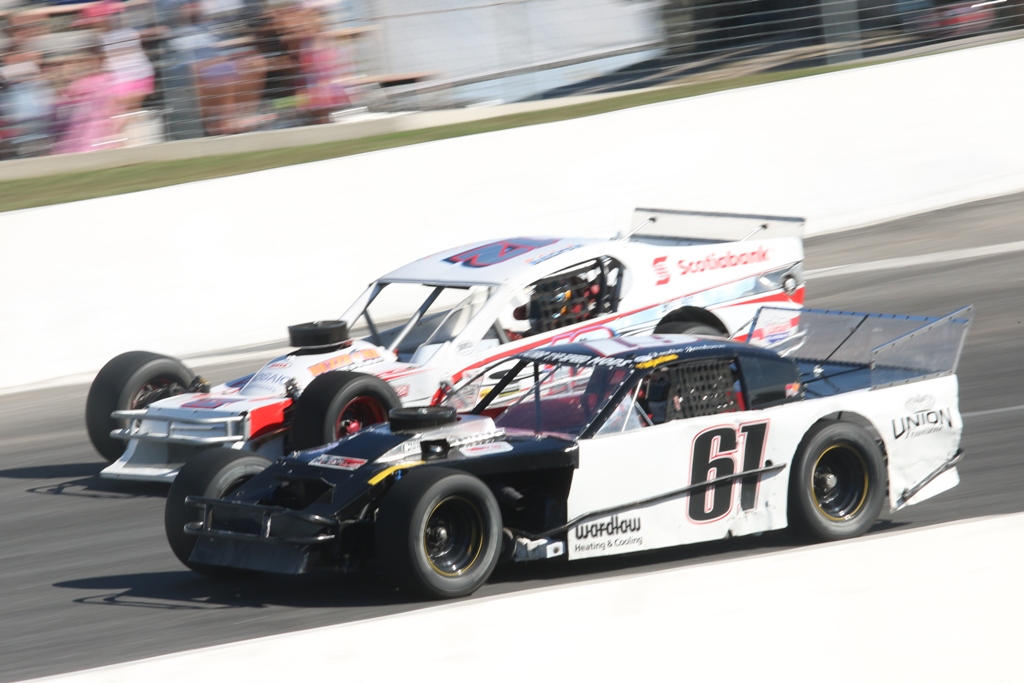 Ahead of their 40-lap feature on Sunday afternoon at Sunset Speedway, the Hoosier OSCAAR Modifieds would take to the track for qualifying on Saturday.

The second heat would see Gary Elliott get sideways off of turn four, with Davey Terry making contact with him after the effect. In the aftermath, Dan Price and John Harper would get into the inside retaining wall. Dustin Jackson picked up the win ahead of Mike Hearty, Chad Strawn, David Balych, Brian McLean, Terry, Duane Cinanmon and Adam Hagen.

The Hoosier OSCAAR Modifieds will return to the track on Sunday afternoon for their 40-lap feature. The afternoon/evening of racing gets underway at 1pm EST with Dickies OSCAAR Outlaws presented by London Recreational Racing qualifying starting off the show. Details can be found at http://www.sunsetspeedway.ca.