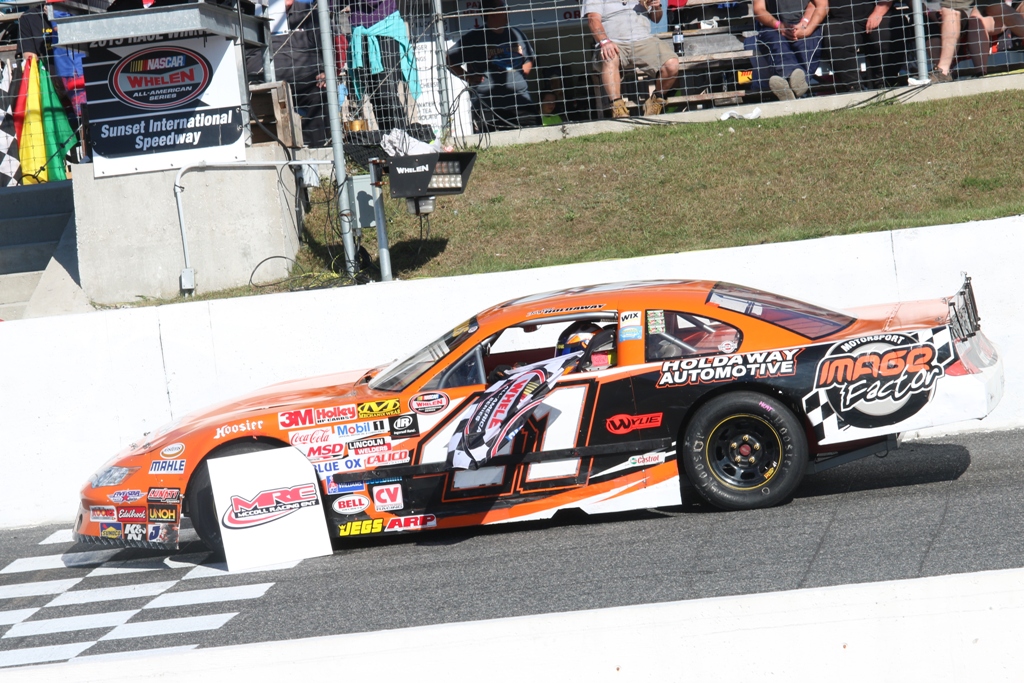 In a continuing trend this season at Sunset Speedway, Taylor Holdaway would secure the spot as top qualifier for the Velocity 250 presented by McColl Racing Enterprises with a pair of top-shelf performances in his heats.

Sauble Speedway regular Jason Parker won the fourth heat ahead of Sunset regulars Holdaway and Walters. Stade finished fourth ahead of Goetz, Lane Zardo, Gresel, Wilkinson and Westwood. Stade was when blackflagged for rough driving after the race after making contact with Walters following the checkered.

The fifth heat would see Keeler break going into turn one. Gord Shepherd won the heat ahead of Sunset regular Thayne Hallyburton and Peterborough regular Rick Walt. Sunset regulars Morrow and Beatty finished out the top-five, ahead of Ledson, Wylie and Capirchio.

The Sauble Falls Tent and Trailer Park Late Models will return to the track on Sunday afternoon for a b-main to set the back half of the field, followed by a 75-lap feature. The afternoon/evening of racing gets underway at 1pm EST with Dickies OSCAAR Outlaws presented by London Recreational Racing qualifying starting off the show. Details can be found at http://www.sunsetspeedway.ca.