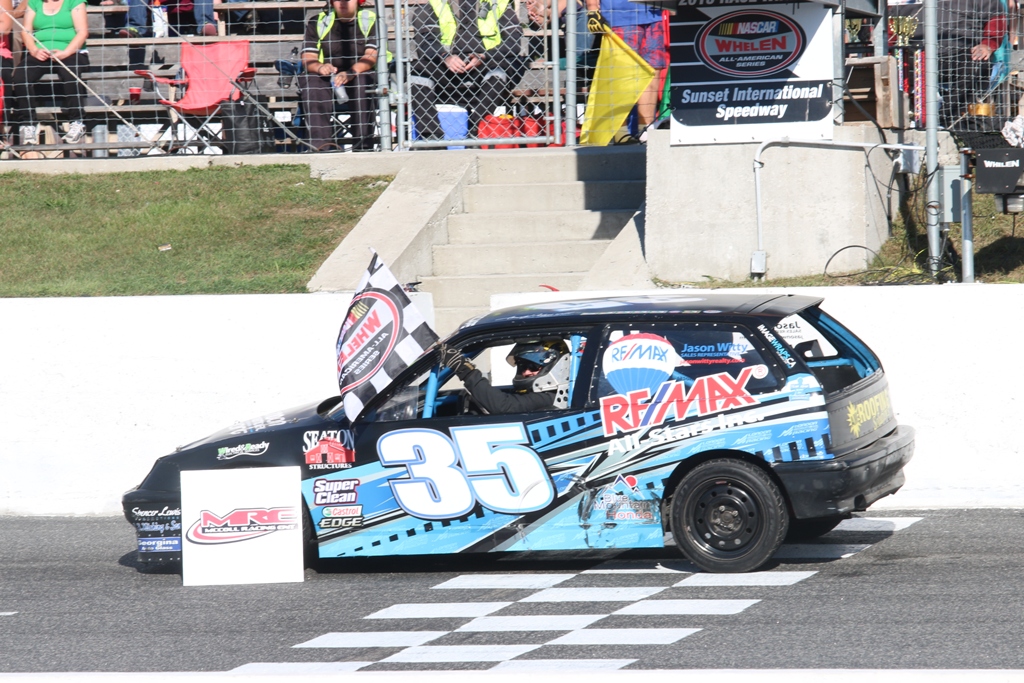 After winning the 35-lap feature on championship night at Sunset Speedway, Andy Kamrath kept the good momentum going as he was the top qualifier for Sunday’s 35-lap feature as part of the Velocity 250 presented by McColl Racing Enterprises

The third heat would see a quick spin by Dunn in turn four. Then on the last lap, Charlie Smith would spin Tim Tolton, with Steve Laking getting collected; Tolton would pull off of the track.

The Graham Landscape Ltd. Mini Stocks will return to the track on Sunday afternoon for a b-main to set the back half of the field, followed by a 75-lap feature. The afternoon/evening of racing gets underway at 1pm EST with Dickies OSCAAR Outlaws presented by London Recreational Racing qualifying starting off the show. Details can be found at http://www.sunsetspeedway.ca.