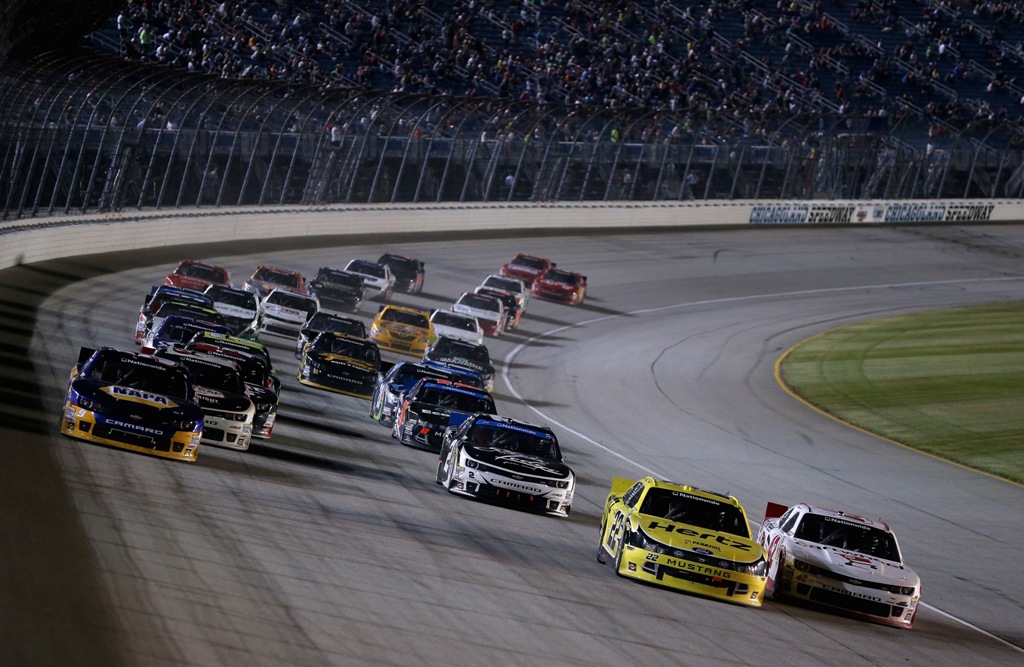 Joliet, Ill. — September 29, 2015 —Chicagoland Speedway today announced that they will once again host the first race in the Chase for the NASCAR Sprint Cup in 2016. The September 15-18 weekend will feature all three of NASCAR’s premier series, with the addition of the ARCA Racing Series on Thursday night.

For the sixth consecutive season, Chicagoland Speedway will kick off the first race in the Chase for the NASCAR Sprint Cup, Sept. 15-18, with four consecutive days of action packed racing. As the entire “Chase Week” line up of activities in and around the Chicago area continues to grow year after year, the addition of the ARCA Racing Series on Thursday night under the lights will provide guests an even more action-packed, full week experience.

The 2016 season will also mark the 15th Anniversary celebration of Chicagoland Speedway. Plans are underway to deliver an amazing lineup of event content and year-round programming for our fans to enjoy as part of this special celebration. Details will be shared throughout the coming months on events and activities tied to this milestone anniversary event.

Tickets will go on-sale Monday, October 5 for the 2016 Season.  All 2015 ticket purchasers will be receiving their renewal information over the next two weeks.  Renewal customer seats are on-hold and guaranteed if renewed during the renewal period.  Only unsold grandstand seating inventory from 2015, as well as Fan Zone Pit Passes, will be on-sale Oct. 5, with the remaining inventory becoming available after the renewal deadline.

The complete 2016 NASCAR schedule at Chicagoland Speedway is as follows: