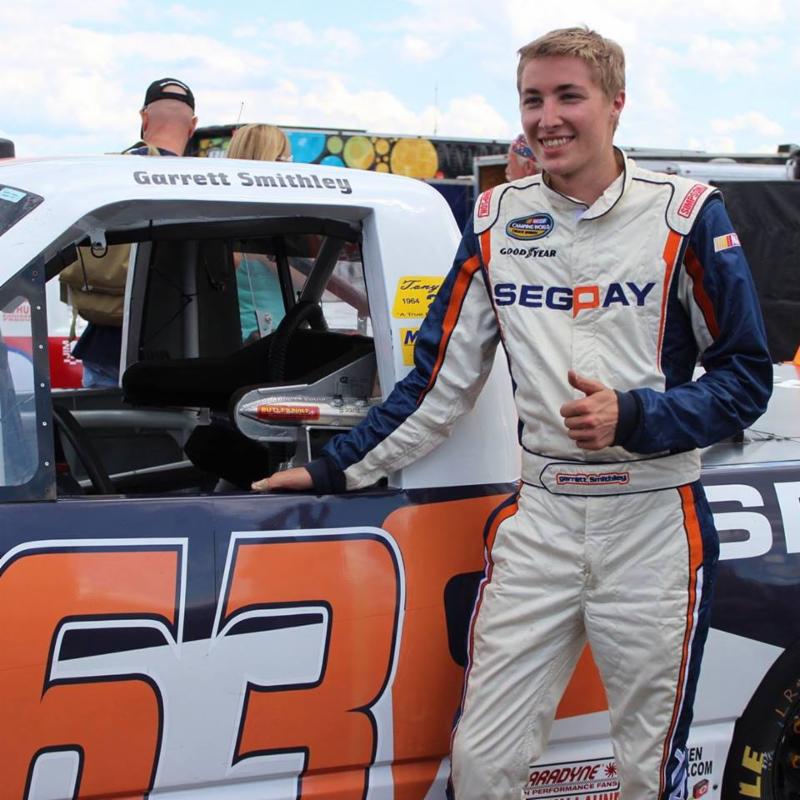 “I still can’t believe I’m making my NASCAR Xfinity Series debut this year,” Smithley said. “It’s the second biggest stock car series in the world, and racing in NASCAR at this level is what I’ve worked for my whole career.”

“Making my debut Xfinity Series debut and returning to Derrike Cope Racing is really special,” he continued. “DCR gave me my first opportunity in a full-sized stock car, and coming back to a team I’m familiar is a great feeling. We raced well together in 2013, and I’m confident we can do the same at Homestead.”

In addition to his duties behind the wheel of the No. 70 SegPay Chevrolet Camaro for Derrike Cope Racing, Smithley will return to the seat of the No. 63 MB Motorsports Chevrolet Silverado that weekend as well. On Friday, November 20, 2015, he will compete in the Ford Ecoboost 200

About Garrett Smithley
Garrett Smithey, a Peachtree City, Ga., native made his NASCAR debut earlier this season in the Camping World Truck Series at Atlanta Motor Speedway (Ga.). He began racing in 2007 and quickly progressed through the ranks, winning multiple races and championships along the way. A graduate of Bandoleros and Legends cars, he made his ARCA Racing Series debut in 2013, which propelled him to the NASCAR Camping World Truck Series and now the NASCAR Xfinity Series. For more information about Smithley, please visit his website, “like” him on Facebook, and follow him on Twitter.

About Derrike Cope Racing
Derrike Cope Racing is a full-time NASCAR Xfinity Series teamed based out of Mooresville, N.C. They field the No. 70 Chevrolet Camaro. The team is owned by NASCAR Sprint Cup Series race winner Derrike Cope. Cope is best know for his victory in the 1990 Daytona 500. For more information Derrike Cope Racing, “like” it on Facebook and follow it on Twitter.