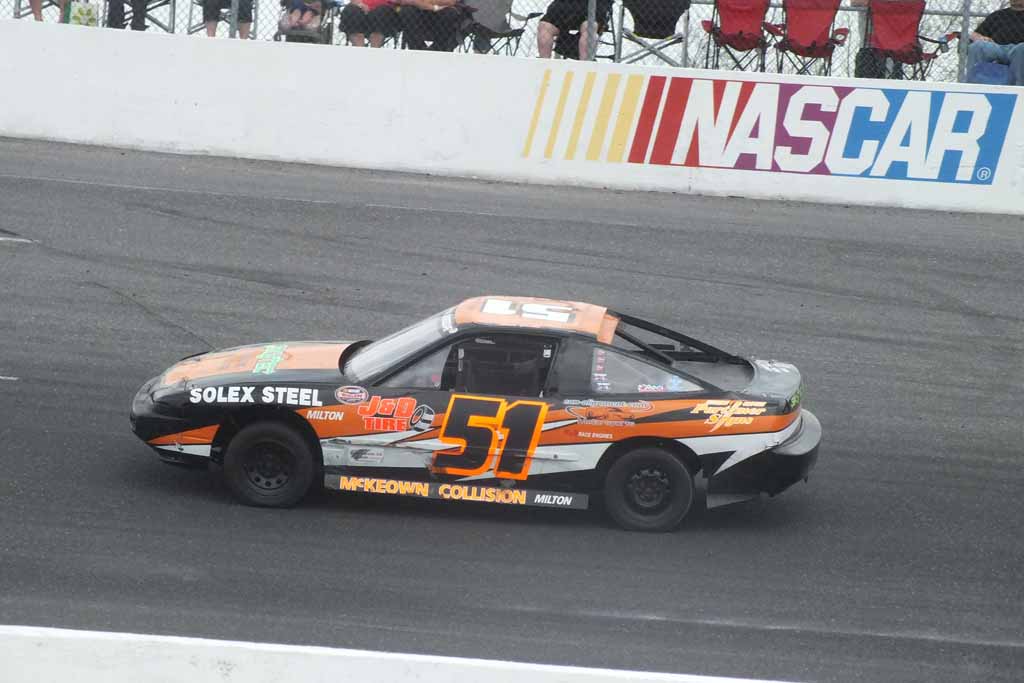 INNISFIL, Ontario — An issue with the switch box would result in Eric Yorke’s top-five running coming to an early end in the Velocity 250 presented by McColl Racing Enterprises at Sunset Speedway.

Yorke started off the weekend on Saturday on a high, winning his first heat with a third place finish in the second heat to automatically qualify for the feature.

He would keep himself solidly in the top-five till he headed down pit road around lap 10. Yorke commented afterwards that the ignition switch box fell from its spot to the passenger side of the car, shutting the car off. Yorke said he tried to reach for the box, but was unable to do so. As a result, he would be done for the event.

For Yorke, that brings a successful season to a close at Sunset Speedway that saw him score a feature win and three heat victories.

Keep up with Yorke all season long at https://dyracing.wordpress.com and like the DY Racing facebook page at http://www.facebook.com/dyracing.