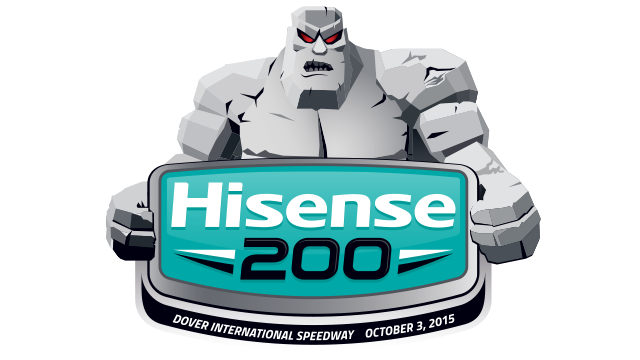 Larson on spending a day at Fenway Park: Another day, another ballpark. Here at Fenway hanging out with my friends at @ENEOSUSA.

LARSON READY TO TACKLE THE MONSTER

The NASCAR XFINITY Series returns to the “Monster Mile,” Dover International Speedway, for the second time this year. Kyle Larson will make his 11th XFINITY Series start of 2015. In four previous XFINITY Series starts at the 1.0-mile concrete oval, Larson has one top-five and four top-10 finishes, including a runner-up finish in the 2013 fall race, with an average starting position of 10.8 and an average finish of sixth. In his most recent start at Dover, Larson finished third in the NASCAR Sprint Cup Series race in May.

Brennan Poole was behind the wheel of the DC Solar Chevrolet Camaro for the 300-mile race at Kentucky Speedway last Saturday night. Poole started 17th and on the second lap made contact with a fellow competitor. Poole’s car subsequently made slight contact with the Turn 2 wall, forcing the DC Solar crew to make repairs and lose a lap. Poole restarted 37th and over the next 90 laps worked his way back into the top 25. On lap 97, Poole cut a left-rear tire and spun going into Turn 1. After coming to a stop, another competitor made hard contact with the No. 42’s door, ending the young driver’s night with a 32nd-place finish.

“Dover is a track that has multiple grooves, which is good for us as drivers. It’s one of my favorite tracks. Qualifying will be important because the race typically has long green-flag runs, so starting up front will be key. I am very excited to be back behind the wheel of an XFINITY Series car, especially with ENEOS on board this weekend.”

The largest oil company in Japan, ENEOS brand motor oil is developed to exceed the highest standards of the automotive industry and has had a long, successful history in numerous racing series around the world. ENEOS product ranges from motor oil that offers optimal performance protection under the most extreme temperature variations, to ecologically friendly motor oil that provides superior fuel saving capacity.

HScott Motorsports, which was established in 1989 as Phoenix Racing, is owned and operated by Harry Scott Jr. and competes in the NASCAR Sprint Cup Series with technical support from Hendrick Motorsports.  The team competes full time in the NASCAR Sprint Cup Series with Justin Allgaier driving the No. 51 BRANDT Chevrolet and Michael Annett driving the Pilot Flying J Chevrolet. Scott also owns HScott Motorsports with Chip Ganassi, which fields the No. 42 Camaro in the NASCAR XFINITY Series, and is the co-owner of HScott Motorsports with Justin Marks, which fields five entries in the NASCAR K&N Pro Series East. His vision is to build a championship contender by developing talented young drivers, partnering with dedicated sponsors and competing hard every week.