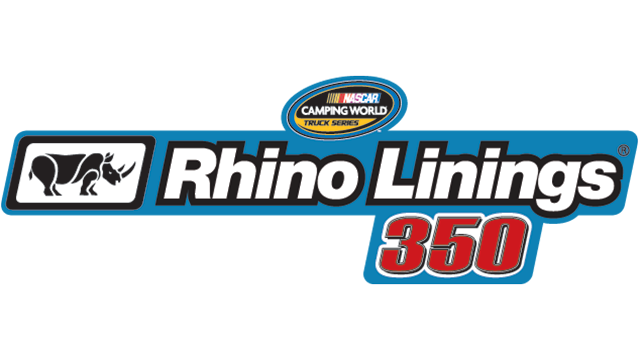 Johnny Sauter, No. 98 Nextant Aerospace/Curb Records Toyota Tundra
NASCAR Camping World Truck Series
Las Vegas Motor Speedway – Rhino Linings 350
Race No. 18 of 23
Stats:
Started: 13th
Finished: 12th
Laps: 145/146
Status: Running
Driver Points: 4th (-51)
Owner Points: 4th
JOHNNY SAUTER’S LUCK RUNS OUT IN LAS VEGAS
Las Vegas, NV (October 4, 2015) – Leading the NASCAR Camping World Truck Series (NCWTS) field twice for 13 laps in Saturday night’s Rhino Linings 350 at Las Vegas Motor Speedway (LVMS), Johnny Sauter, driver of the No. 98 Nextant Aerospace/Curb Records Toyota Tundra fought through adversity to leave “Sin City” with a top-15 finish.
Looking to gain track position early on in the event, crew chief Doug George called Sauter down pit road during the first caution of the night, on lap 15, for fuel only. Taking advantage of the unique strategy, Sauter took the lead for the first time at lap 31, leading the field for six laps before the second caution flag was displayed on lap 38 for fluid on the backstretch. George made the call to bring the No. 98 machine back down pit road for four tires, fuel and a track bar adjustment, while other teams elected to take fuel only.
Racing hard alongside the No. 8 machine, in an effort to regain lost track position, Sauter would spin out in Turn 2, sustaining significant right rear damage to his Nextant Aerospace Tundra. The Wisconsin native came down pit road twice, under caution, for four fresh tires and to repair damage sustained to the No. 98 machine. Restarting deep within the field, Sauter didn’t back down, and quickly drove his way through traffic, scored within the top-10 just a few laps later, and remained in contention among the leaders.
With green-flag pit stops commencing, the ThorSport Racing driver was able to regain the lead at lap 93, until giving up once again to come down pit road for a scheduled stop at lap 98. Still fighting an, “extremely loose” Toyota Tundra, George made the call for four tires, fuel, and a track bar adjustment to help the veteran drive through the corners better.
However, due to the significant damage sustained to the No. 98 machine, Sauter would continue to fight a loose Toyota Tundra, and ultimately go a lap down to the race leaders. The ThorSport Racing driver would eventually cross the stripe in the 12th position behind race winner, John Wes Townley.
Notes:
About Nextant Aerospace
Nextant’s pioneering process for remanufacturing business jets is now recognized as an established technical and commercial success worldwide with significant sales in every major operator category and class-leading levels of comfort, performance, and reliability at a purchase price half that of comparable aircraft. The revolutionary 400XTi light jet features Williams FJ44-3AP engines and the Rockwell Collins Pro Line 21(tm) integrated flight deck. The same winning combination is expected to repeat this success with the Nextant G90XT turboprop powered by next-generation GE H75-100 engines and an enhanced Garmin G1000 integrated flight deck. Founded in 2007, Nextant is a Directional Aviation company based in Cleveland, Ohio. For more information, visitwww.nextantaerospace.com, like us on Facebook, follow us on Twitter @NextantAero or join us on LinkedIn.
About ThorSport Racing
ThorSport Racing, based in a state-of-the-art 100,000-square-foot facility in Sandusky, Ohio, is the longest-tenured NASCAR Camping World Truck Series team. ThorSport, which has competed in the NCWTS since 1996, will run the No. 88 Menards Toyota Tundra driven by two-time NCWTS drivers’ champion Matt Crafton, the No. 98 Nextant Aerospace/Smokey Mountain Herbal Snuff/Curb Records Toyota Tundra driven by Johnny Sauter, and the No. 13 Cabinets by Hayley Toyota Tundra driven by Sunoco Rookie of the Year contender, Cameron Hayley in 2015.