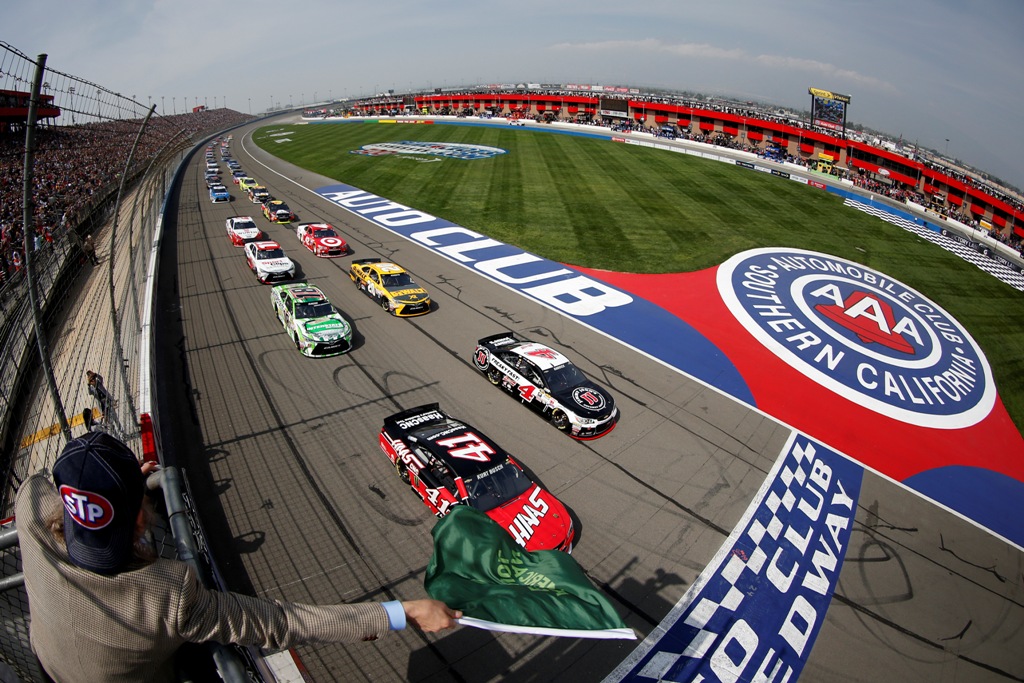 Rules Developed from Continuous Collaboration with the Industry

DAYTONA BEACH, Fla. (Oct. 14, 2015) – NASCAR announced today the base NASCAR Sprint Cup Series rules package to be used during the 2016 season. The package was delivered to teams after an extensive collaborative process between NASCAR and industry stakeholders.

The base package will include a 3.5-inch spoiler, a 0.25-inch front leading splitter edge and a 33-inch wide radiator pan. These components will provide lower downforce on the cars, and Goodyear will develop tires to complement them. Earlier this season, NASCAR Sprint Cup Series races at Kentucky Speedway and Darlington Raceway featured a similar aero package.
“NASCAR has worked tirelessly with our teams, drivers, manufacturers and Goodyear to develop a rules package that provides fans with the best racing possible,” said Steve O’Donnell, NASCAR executive vice president and chief racing development officer. “The success of the races at Kentucky and Darlington in similar trim proved extremely valuable in accelerating rules development for 2016. Now, as teams have even more time to prepare and a strong baseline of data, we anticipate the racing to be even better.”

Characteristics of the lower downforce rules package includes more off-throttle time for drivers and decreasing corner speeds. This generates more passing zones over the entire track, and allows for multiple tire combinations to be levered.

In addition to the base package, each track will continue to feature specific rules, including tire combinations and drive train configurations, to create the best racing for each track length, layout and surface. Rear gear ratios will be adjusted to maintain a maximum engine speed of 9,000 RPM and a 1.38 third gear ratio will be used at all tracks smaller than 1.25 miles. The digital dashboard, which was optional for teams during the second half of this season, will be mandatory in all vehicles.

“Our team at the NASCAR R&D Center is constantly looking at the racing, and evaluating ways to continue to improve it,” O’Donnell said. “Using science and technology and qualitative data compiled from world-class engineers throughout the industry as our guideposts, we will always look to make the racing better for our fans.”

Several safety updates have been instituted, including a double NACA duct where a right-hand side window is used, a fire suppression system activation cable routed to the dash or right-hand side leg board and a seat belt restraint system that meets SFI 16.6 specification.