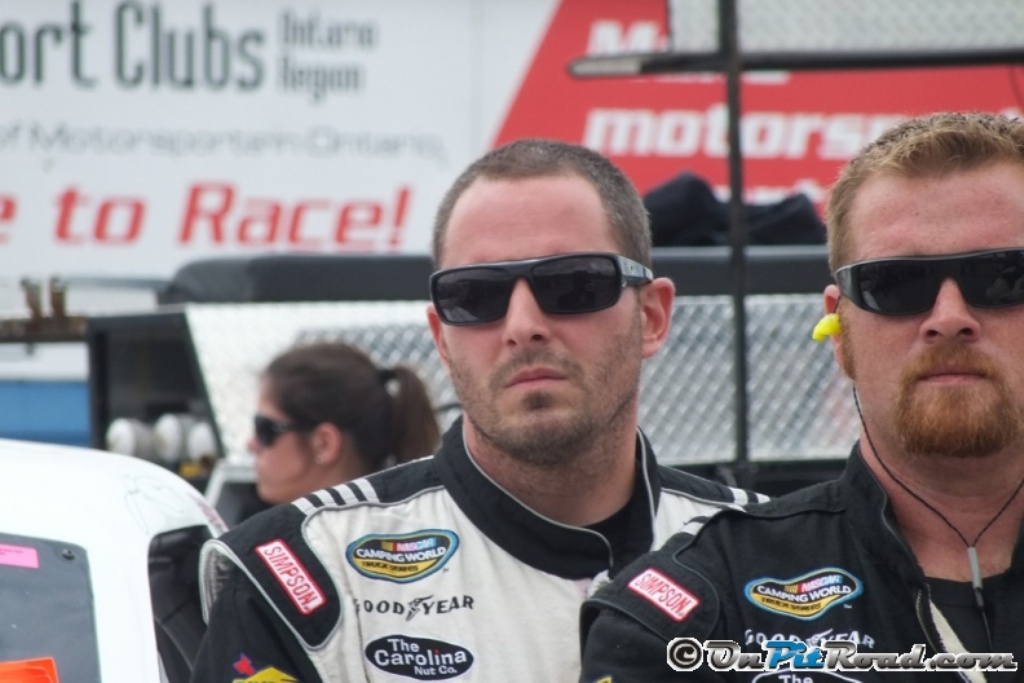 The 2016 campaign will mark Sauter’s seventh full-time season in the NCWTS, and his return to the seat of a Chevrolet Silverado for the first time since 2011. The Necedah, Wisc., native has a storied history with Chevrolet, scoring his first four NCWTS victories in a Silverado.

“GMS has made tremendous progress building their organization into team capable of competing consistently and winning races” stated Dayne Pierantoni, GM Racing Program Manager for the NCWTS. “Hiring Johnny Sauter for 2016 demonstrates their desire to win and put forth a championship level effort.  We are looking forward to seeing Johnny race under the Chevrolet banner once again.”

Sauter brings a wealth of racing experience to GMS Racing, with 170 NCWTS starts, and 460 starts across NASCAR’s three national touring series to his credit.

Additionally, he has visited NCWTS victory lane in six-consecutive seasons with his first win coming at Las Vegas Motor Speedway in 2009.

“This opportunity to race with GMS Racing in 2016 is incredible,” Sauter said. “They’ve quickly built an impressive, race-winning organization in a short period of time and have only gotten stronger as the season has progressed. I can’t wait for Speedweeks at Daytona to get working with everyone, and am excited to rejoin the Chevrolet family as well. GMS Racing brings really fast trucks to the racetrack, and I can’t wait to run up front and compete for race wins with them.”

Sauter joins Spencer Gallagher in the GMS Racing stable and looks to build on the championship pedigree the organization has established with Grant Enfinger in the ARCA Racing Series. After becoming a race winner in the NCWTS, GMS Racing is poised for a landmark season in 2016. Sauter will pursue his 11th-career victory and first NCWTS championship starting at Daytona International Speedway in February.

GMS Racing team owner Maurice Gallagher views Sauter’s entrance into the organization as a significant milestone in the growth of the team.

“We’ve worked extremely hard to put great people in the right places at GMS Racing, and adding Johnny Sauter to our lineup is a monumental step in that process. Johnny has proven himself to be a perennial contender at this level, and we’re confident he’ll help elevate GMS Racing into a championship contending program.”

Additional details on Sauter’s inaugural season with GMS Racing will be announced at a later date.