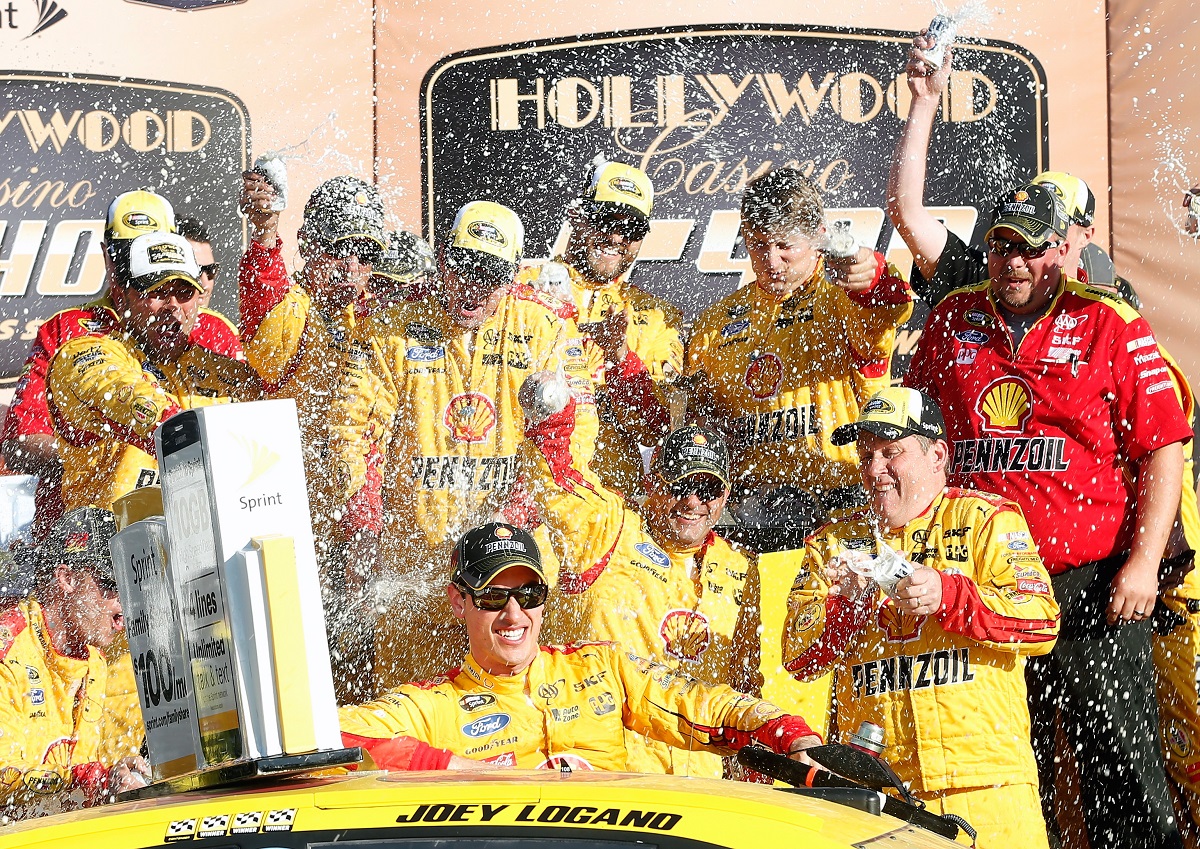 KANSAS CITY, Kan. (Oct. 18, 2015) – Joey Logano goes to Gatorade Victory Lane in the Hollywood Casino 400 for the second year in a row in Kansas, but not without controversy.

Matt Kenseth dominated most of the race but with four laps to go, Logano and Kenseth made contact and Kenseth’s car spun coming out of Turn 2.

Both drivers saw the incident differently, not surprisingly.

“I thought I was going to be able to stay out in front of him until those lapped cars came and try to get a couple runs off the top there,” said Kenseth, who is now in danger of not making the next round. “I was plenty clear and he just decided to take us out.”

When asked if he felt Logano’s move was intentional, Kenseth responded with “Absolutely.”

“We just both went for the same real-estate and made contact; unfortunately those things happen.”

Logano leads the Chase for the NASCAR Sprint Cup point standings with Denny Hamlin in second, 13 points behind.

In addition to Kenseth, Dale Earnhardt Jr., Ryan Newman and Kyle Busch are in the final four spots in danger of elimination after the Contender Round of the Chase.

Local driver Carl Edwards finished eighth in the Hollywood Casino 400 and is currently fourth in the Chase standings. Kansas native Clint Bowyer hit the wall on Lap 172 and was scored in the 40th position.

Racing returns to Kansas Speedway in 2016 and ticket renewals will begin soon.

Parking is always free at Kansas Speedway and fans can bring in one 14x14x14-inch soft-sided cooler with their favorite food and beverages.