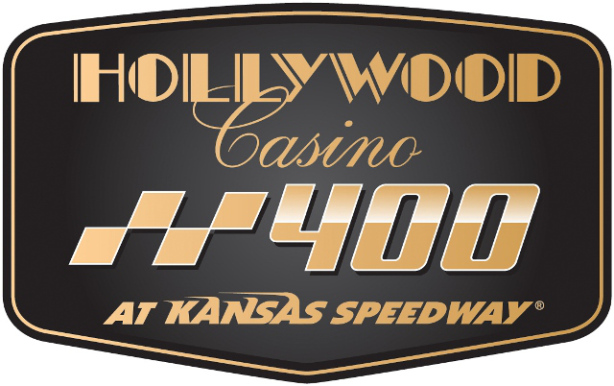 LOGANO LOOKING TO SWEEP CONTENDER ROUND AFTER KANSAS WIN
•    Joey Logano’s win today is his fifth NASCAR Sprint Cup Series victory of the season and 13th of his career.
•    In addition, it’s Logano’s fourth career Chase triumph and repeats his triumph in this event from a year ago.
•    This marks the fifth time a Ford driver has won back-to-back Chase races since the format began in 2004.  Carl Edwards did it three times while Greg Biffle and Logano have done it once.
•    Consecutive Chase Wins: Carl Edwards (2005 at Texas and Phoenix; 2008 at Atlanta and Texas; 2010 at Phoenix and Homestead); Greg Biffle (2008 at Loudon and Dover); and Joey Logano (2015 at Charlotte and Kansas).
•    The win is Fusion’s 69th NSCS triumph since becoming Ford’s flagship vehicle in 2006.
•    Ford now has 638 all-time NSCS victories.
•    Team Penske has now registered 46 NSCS wins with Ford, including 19 over the past three years.
•    This marks Ford’s 30th all-time NASCAR CHASE victory.

JOEY LOGANO – No. 22 Shell/Pennzoil Ford Fusion – VICTORY LANE INTERVIEW – TAKE US THROUGH WHAT HAPPENED WITH MATT AND THE LAPS BEFORE?  “It was just hard racing.  He raced me really hard.  I raced him the same way he raced me.  It was a lot of fun out there racing for a win like that.  The cars were very fast, equally paired and I couldn’t be more proud of what this Shell/Pennzoil team is doing right now.  We’re such a fast race car, such a great team.  We’ve showed it two weeks in a row now and this is a lot of fun.  We’ve just got to ride this wave and we’ve got to get to Homestead still.”  YOU GOT TO HIM AND THEN FELL BACK, AND THEN CAUGHT BACK UP.  WHAT HAPPENED AT THAT POINT?  “He came up and started taking my air away, as he should, and I had to kind of adjust what I was doing and try to find a fast way back to him.  I was able to get those runs back to him and get back to him.”  DID YOU TALK ABOUT BEING AGGRESSIVE AND TRYING TO PUT MORE PEOPLE IN A TOUGH POSITION AT TALLADEGA BY WINNING HERE?  “That’s the goal.  When you see trophies you want to get them.  I’m so proud of this team.  Our goal is to keep everyone on edge when they go into Talladega and we can feel comfortable about it, so I’m just proud of what this team is doing.  I’d like to get to Homestead, but it’s one step at a time here.  We’ve just got to keep this speed in our race cars and keep doing what we’re doing.”

MORE VICTORY LANE – HOW WILL YOU REMEMBER TODAY?  “A fun race.  What a great Shell/Pennzoil Ford.  These guys were really good, on top of it just like we’ve been this whole Chase.  I couldn’t be more proud of what we’re doing right now.  I’ve got to thank Shell, Pennzoil, AAA, Coca-Cola, Roush Yates motors.  This is a big motor race track.  I was on the gas a lot and they brought the big steam.  I’m just proud of what this team is doing right now.”  DESCRIBE THE LAST FEW LAPS.  “It was good, hard racing.  We were racing each other really hard and I got in the fence twice on the straightaways.  He raced me hard and I raced him hard back.  That’s hard racing.  That’s the way I race.  If I get raced like that, I’ll race the same way.  That’s how I’ve always been and it will always be that way.  I really couldn’t be more proud of this team.  To be sitting in such a great position going into Talladega makes us feel really, really good.”  YOU BLOCKED MANY FROM VICTORY LANE.  HOW DO YOU FEEL ABOUT THAT STRATEGY-WISE GOING TO TALLADEGA?  “The fact that we’re the only team that can relax right now is gonna pay big dividends when we get to Martinsville.  Everyone is a little bit nervous.  Our goal is still to win the race.  Even though we’re moved on to the next round, our goal is still to win that race and try to get some guys nervous for next week.  That’s kind of the strategy of this Chase and to be able to do that today, like I said, I couldn’t be more proud.  These guys work so hard and Todd Gordon, he’s a fricking genius, so it’s fun to drive his car.”  DID YOU CONSIDER IT A GOOD MOVE?  “I didn’t think it was a good move when I hit the wall.  I’m sure we’ll talk about it.  I felt like, ‘Hey, I’ve got to race hard.  I got in the fence twice,’ so I wasn’t gonna put up with it.”

BRAD KESELOWSKI – No. 2 Miller Lite Ford Fusion – “It was kind of a rough day for us.  We were not as fast today as what we hoped to be, but the 2 crew and my Miller Lite Ford team stayed with it and got a decent finish out of it to where we can go to Talladega and have a real shot at this.”  WHAT ARE YOUR THOUGHTS GOING TO TALLADEGA?  “I haven’t really thought about it.  I’m still thinking about Kansas, but I’ll have a whole week to prepare.”  THOUGHTS ON JOEY WINNING 2 RACES AND THAT OPENING UP ANOTHER SPOT WITH A SECOND DRIVER GETTING LOCKED IN?  “Yeah, that’s certainly not a bad thing for teams that are in a position like mine, where we’re gonna have to race with points or win Talladega.  It could be worse.  I’m happy for Joey.”

RYAN BLANEY – No. 21 Motorcraft/Quick Lane Ford Fusion – TALK ABOUT YOUR DAY “Not bad. We started off fairly decent. I lost some track position at one point in the race. We kind of got behind on the car a little bit. I thought we were going to struggle after that but (crew chief) Jeremy (Bullins) did a great job of getting us better and getting us where we needed to be at the end, and be able to run toward the front. The last re-start didn’t go very well. Overall these guys put together a good race car and it’s a great way to start the last four races of the season.”
RE-STARTS WERE GENERALLY GOOD FOR YOU ALL DAY. “When you’ve got a bunch of Chase guys around you don’t want to take a chance.”
YOU SEEM TO BE CONSCIOUS OF THE CHASE DRIVERS. “You always think of that, especially on that last re-start. You think about trying to make something happen and be more aggressive but you don’t want to put them in a bad spot and have something bad happen to them.”
DO YOU FEEL POSITIVE ABOUT THE REST OF THE YEAR, RUNNING MORE RACES CLOSER TOGETHER? “I feel pretty good about the rest of the year. We’ve learned some things. We still have to get a lot better but we’re getting there. Being on the race track more is part of it. Things come with time for both me and Jeremy and we’re finally getting some time under our belt.”