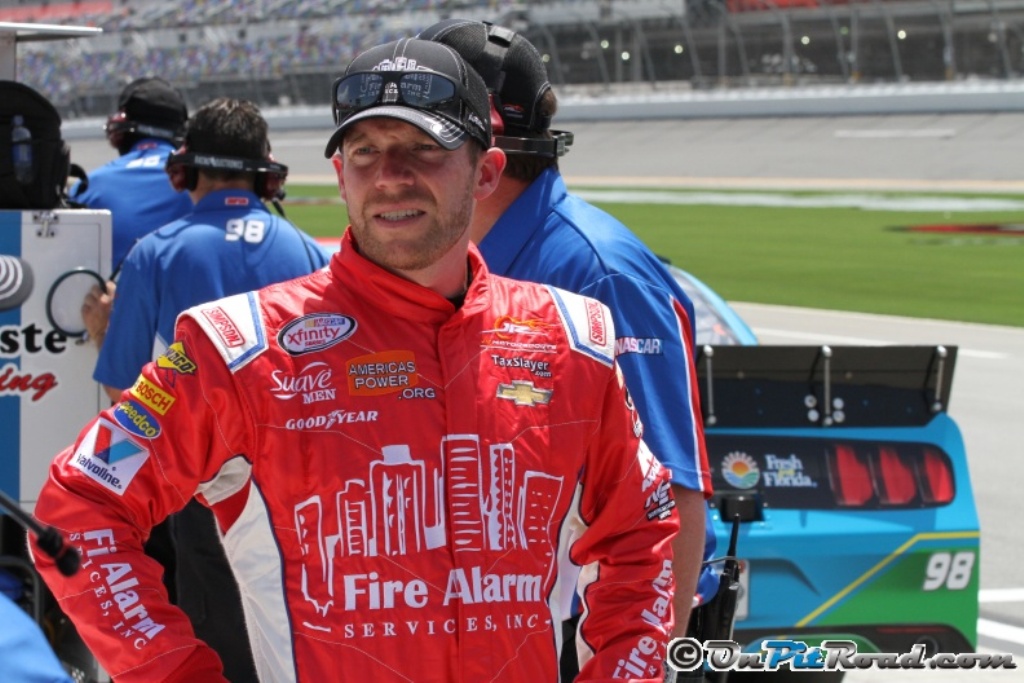 Following a fifth place finish in Saturday’s Kansas Lottery 300, Regan Smith confirmed that he will not be back at JR Motorsports in 2016.

“I know I’m not going to be back to JR Motorsports next year for sure,” Smith told NBC Sports.

Sounds like tv didn't show my post race interview but to confirm, I will not be returning to the 7 car next season.

Smith has driven for JR Motorsports for the past three seasons, scoring five victories and 25 top-five points with a pair of top-three finishes in points. This year, he currently sits 33 points out of the lead.

Speculation has been going on for the past month with regards to Smith’s future as JR Motorsports began announcing plans for 2016. JR Motorsports announced last week that Elliott Sadler would be joining the organization with sponsor One Main Financial while Cole Custer is set to run the full Truck schedule next season. There has been speculation surrounding both Ben Rhodes and Josh Berry and moving them into full-time rides for next season.

The entire team, Smith has remained focused on doing well on track, looking to close the gap and score his first career series championship.

“I’m fortunate to be at a great race team and been here three years,” he said earlier this month after winning at Dover. “I’m not going to worry about that stuff right now. We’re back in this championship hunt and we’re going to worry about racing as hard as we can to solidify that and let the rest of the stuff take care of itself. If I’m fortunate enough to be here for another year, that’s great – but at the same time, I’m appreciative of the three years that I’ve had here.”

He also added that weekend that “everything is on the table” and he’s looking at “everything and every possibility” moving forward for 2016.