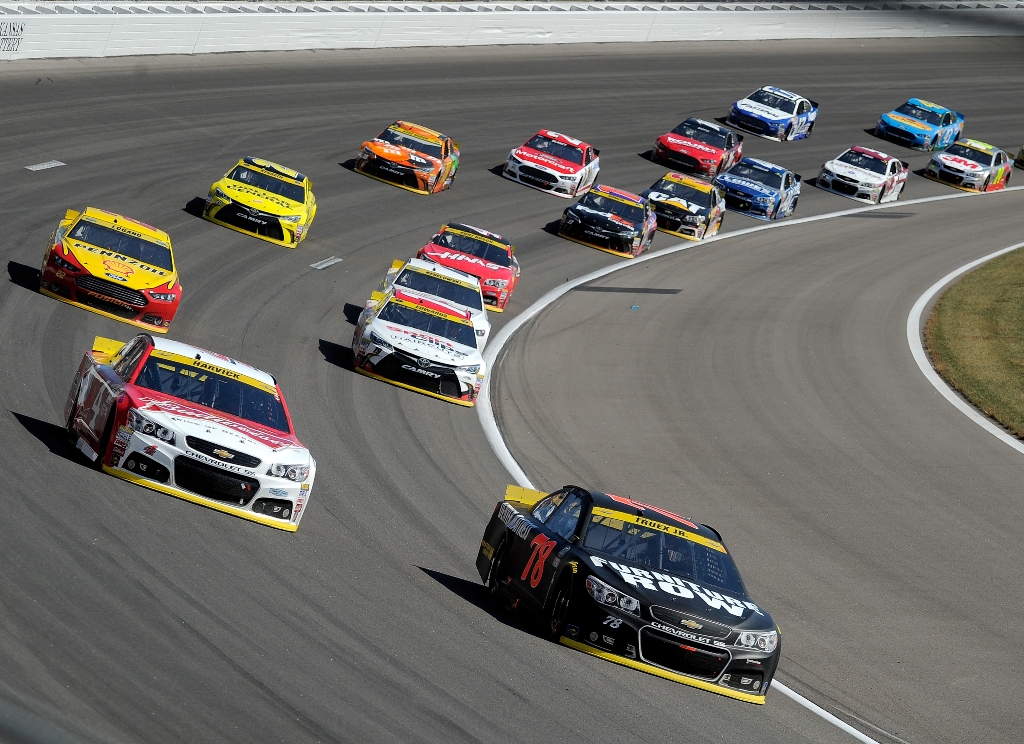 Despite a multitude of issues throughout the day at Kansas Speedway, Kevin Harvick was able to keep going all race long en route to a 16th place finish. It’s not what fans are used to seeing out of the defending series champion, but he says they’re lucky to come out of the race where they did.

The race started off on a rough note for Harvick as while running second at lap 17, he reported that he was feeling a bad vibration and thinking that they may be blowing up in the early stages of the Hollywood Casino 400. He would then take the lead 11 laps later, with the caution flying for J.J. Yeley getting into the wall. It was discovered under the pit stop that a right-rear wheel weight had shifted, causing the vibration.

From there on, Harvick would run inside of the top-five throughout the race, battling shifter issues as the shifter handle broke off.

“It was just really hard to shift from second to third (gear) just because there was nothing to grab onto for leverage,” he commented.

He continued to run strong, though, until suffering a pit road penalty with 54 laps to go for taking equipment out of the pits, notably the gas can. Harvick would then battle hard throughout the final laps to finish 16th, one lap down.

“We didn’t have a great weekend,” he commented. “A lot of things falling on and off and now we’ve got to go to Talladega and have a good week. All-in-all it could have been a lot worse and everybody kept digging.”

Harvick now heads into Talladega sitting sixth in points, seven points ahead of the cut-off line. Known as a strong restrictor plate racer with a previous victory at Talladega Superspeedway, expect Harvick to run up front all day long in hopes of advancing.