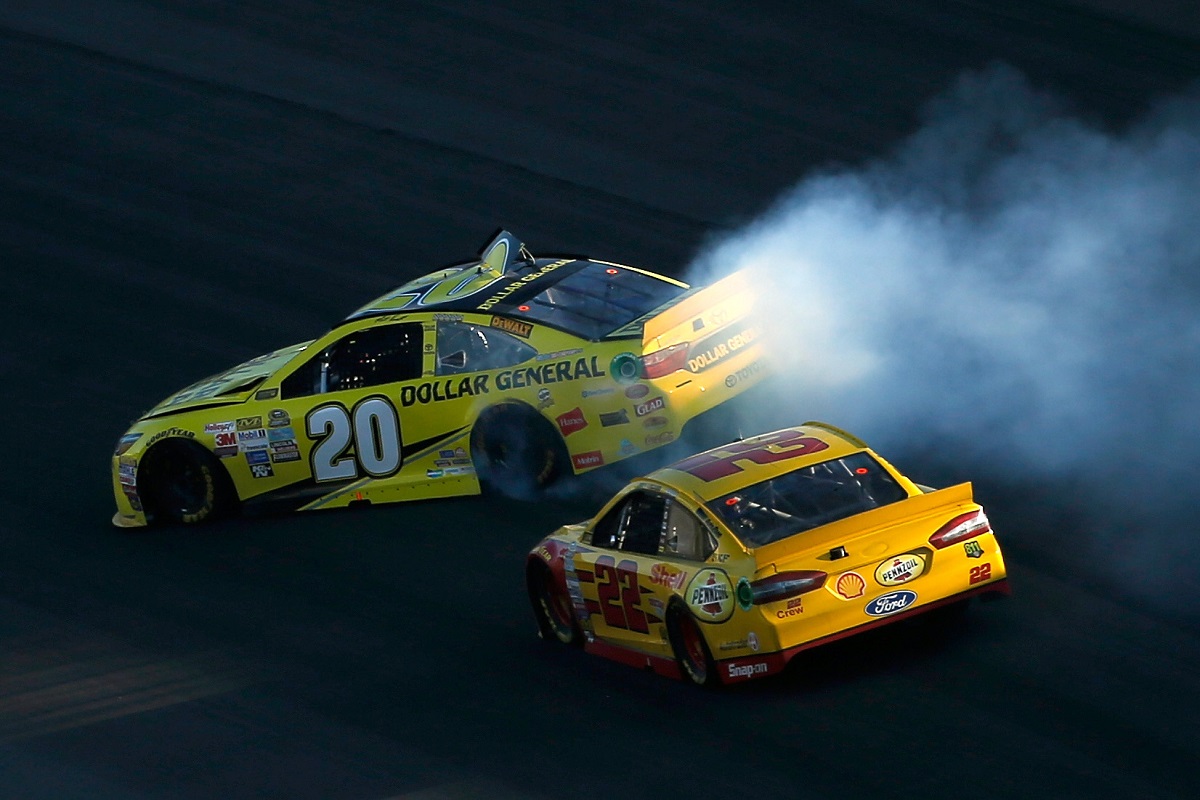 Following a 42nd place finish at Charlotte Motor Speedway, Matt Kenseth came into the Hollywood Casino 400 looking to score the victory to lock himself into the third round of the Chase for the Sprint Cup. Instead, he’d cross the finish line with a 14th place finish following contact from Joey Logano with five laps to go.

Kenseth was leading the race when Logano began to close the gap. Logano would close right up on Kenseth’s back bumper and as the pair caught lap traffic in turns one and two, Logano would make a little contact, causing Kenseth to go around.

“I can’t think of any appropriate words to be honest with you, just disappointing really,” he added. “We raced hard for the lead another time and then I finally got by him and being that early in the race and everything he was doing to try to keep me behind him. It’s the end of the race and I was trying to stay in front of him the best I could and I was in front of him, I didn’t do anything wrong to him. The race track is 80 or 100 feet wide down there and I was in front of him, he just chose to spin me out because he wanted to be in the top groove instead of going left and trying to race me for the win the way a man should do it really.”

Kenseth went on to say that he was disappointed in the contact from Logano as he had always been “one of his biggest supporters”, but that respect was definitely lost today with how Logano chose to race him. The disappointment went deeper for Kenseth due to the fact that Logano is already locked in for the third round virtue of his victory last weekend at Charlotte Motor Speedway.

“Strategically I think it wasn’t the smartest move on his part,” Kenseth added. “He’ll probably sleep good tonight, I hope he enjoys that one. It’s not what I would have done, but he had a decision to make and that’s the one he made.”

“You always race people like you’d like to be raced, that’s what I try to do until that changes and then you race them how they race you,” he commented. “I don’t know, that’s all hypothetical so I’m not going to worry about that. I’m just going to go onto Talladega and try to do what we can there and then after that we’ll go to the next one and do what we can there.”

Now currently sitting 12th in points, 35 points below eighth and the final spot to make it to the third round, Kenseth enters Talladega in a must-win situation.

1 thought on “NSCS: Kenseth Says Logano Lost A Fan and A Supporter With Contact”