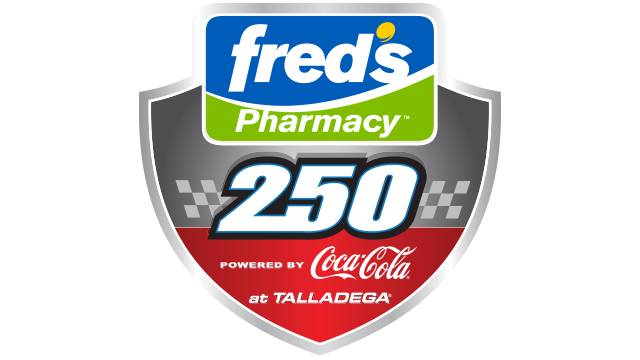 MOORESVILLE, N.C. (Oct. 20, 2015) – While most 20-year-olds think about “Draft Day” in terms of the NFL, it has an entirely different meaning for Christopher Bell. The Norman, Okla., native will get his first experience drafting at Talladega (Ala.) Superspeedway this weekend in the fred’s 250 NASCAR Camping World Truck Series race. Bell will be making his first start at a superspeedway in any series and has been preparing much like a football player, watching past events and studying the plays of his opponents.
Saturday will mark Bell’s fifth-career NCWTS start. In his previous four starts he has one win and two top-five finishes. His win came on the dirt at Eldora Speedway in Rossburg, Ohio, but Bell still wants to prove himself with a win on pavement. With only three races remaining on his 2015 Truck Series schedule, including Talladega, his goal for the year is take his No. 54 JBL Tundra to Victory Lane after crossing an asphalt finish line.
Bell has spent the week at the Kyle Busch Motorsports (KBM) shop preparing for this race, which is unlike any other he’s run in the past. He has talked at length with his coaches, crew chief Eddie Troconis and veteran spotter Lorin Ranier, about race strategy, aerodynamics in the draft, making friends to draft with during the race and realizing nobody is your friend in the final laps. The two hours of practice time on Friday will be valuable for Bell to get the experience of drafting and feeling how the air affects his JBL Tundra.
The JBL team has prepared chassis KBM-26 for Bell to race this weekend at Talladega. This Tundra debuted at Daytona (Fla.) International Speedway in February, but was involved in an accident only 14 laps into the race. KBM rebuilt the truck over the summer for the second and final restrictor-plate race of the season for the Truck Series.
Bell has done his homework to learn everything he can as Draft Day approaches at Talladega. He even has a new suit to wear (a JBL firesuit) for the big day. The young rookie is looking to end up with a great result from the draft, and not need a Hail Mary in the final seconds to get the finish he wants.
Christopher Bell, Driver of the No. 54 NCWTS JBL Tundra:
What are your thoughts on running your first restrictor-plate race?
“I’m really looking forward to running at Talladega. I’ve been running a lot of restrictor-plate races on iRacing so hopefully that will translate to the real thing. It’s going to be a huge learning experience for me, which I’m excited about. It will definitely be different from anything I’ve done before in a race car or truck. I want to run all the laps, stay out of trouble and learn as much as possible to be there at the end of the race.”
Have you received any advice from other drivers about what to do, or what not to do, at Talladega?
“A little bit. I’ve talked to some of the guys, but the biggest thing is going to be me trying it out for myself. I’m a real big learner by actually doing it, so it’s kind of hard for me visualize it without actually doing it.”
How do you prepare for a restrictor-plate race since it is so different from any other type of racing?
“I honestly don’t know. It’s going to something that is totally new to me. I have to go into it with an open mind and not have any expectations except just to learn and hopefully by the end I’ll have a little bit better handle on it, so I can go into the next race with higher expectations. I’ll be working on drafting during practice as long as the JBL team will let me run, so I can try to learn as much as I can.”
Eddie Troconis, Crew Chief of the No. 54 NCWTS JBL Tundra:
As a crew chief what can you do to help Christopher at Talladega? What advice have you given him for his first restrictor-plate race?
“The crew chief’s job at Talladega, or any restrictor-plate race, is to have a really good race strategy which allows the driver to stay out of trouble and be there at end. Also to keep him calm and remind him the race is decided on the last lap and we need to be there at end. Of course it’s also my responsibility to bring a super-fast JBL Tundra for him to drive.
“I’m working with Christopher to teach him the tricks of the draft and how to understand the aero advantages he can use during the race, and to be smooth and patient.”
Christopher Bell’s No. 54 JBL Tundra:
KBM-026: The No. 54 JBL team will race KBM-026, for Saturday’s fred’s 250 at Talladega Superspeedway. This truck debuted at Daytona in February, but was involved in an accident only 14 laps into the race.
Notes of Interest:
Christopher Bell 2015
Christopher Bell NCWTS Career Stats
Christopher Bell 2014
Christopher Bell 2013
Kyle Busch Motorsports’ No. 54 Tundra
KBM NCWTS Program
KBM NCWTS @ Talladega Superspeedway
The Troconis Transcript
Eddie Troconis will take over atop the pit box of the No. 54 Tundra for the final five races of the 2015 season. Since joining KBM in 2013, the native of Mexico City, Mexico has contributed to seven wins in his role as a race engineer under crew chief Jerry Baxter. Troconis crew chiefed a combined seven NASCAR Camping World Truck Series races for Eddie Sharp Racing during the 2012 and 2013 seasons, where his drivers earned one top-five and three top-10 finishes.
Troconis has one prior start as a crew chief at Talladega when he called the shots for Justin Lofton at Eddie Sharp Racing in 2012. Lofton led 20 laps before an accident on the final lap which left him with a 24th-place finish.
Kyle Busch Motorsports No. 54 Toyota Tundra 2015 NCWTS Box Score:
-KBM-