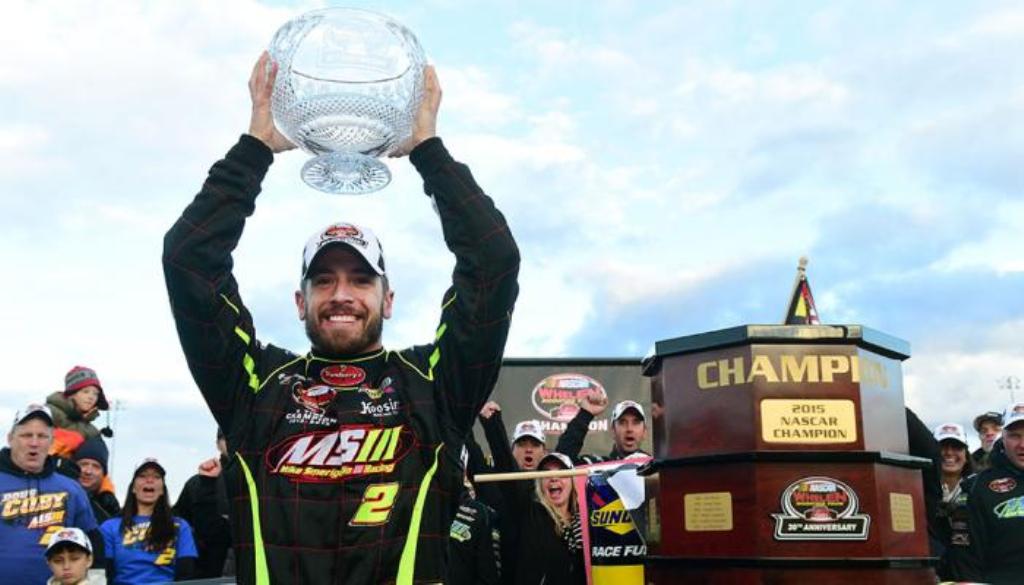 THOMPSON, Conn. – The season finale for the NASCAR Whelen Modified Tour featured three drivers in contention for the championship in the Sunoco World Series 150 at Thompson Speedway Motorsports Park.

It was unfortunate that two of those competitors had to go up against Doug Coby.

Coby dominated the event in his No. 2 Dunleavy’s/HEX/A&J Romano Construction Chevrolet, and despite having to just finish second to Justin Bonsignore to clinch the title, made a daring pass on Lap 145 to sweep all four races this season at the track and win his third tour championship.

Coby dominated the first half of the race leading up until the leaders all pitted on Lap 92. Patrick Emerling stayed on the track to inherit the lead and was passed by Bonsignore on the restart on Lap 103.

Timmy Solomito followed Bonsignore in third at the checkered flag with Todd Szegedy fourth. Woody Pitkat, who entered the race just four points behind co-leaders Coby and Ryan Preece in contention for the title, rebounded from an early caution and penalty that put him a lap down to finished fifth.

The win and championship add to an already impressive resume for the Milford, Connecticut, native Coby. He joined Mike Stefanik (seven) and Tony Hirschman (five) to become just the third driver in the 31-year history of the tour to win three or more championships. He also joins Stefanik (1998) and Steve Park (1996) as the only drivers to record a season sweep at Thompson.

The final championship margin for the trio was Coby at 613, Preece at 602 and Pitkat at 600. The 11-point margin for Coby tied his 2012 mark for the third-closest championship chase in Whelen Modified Tour history, also over Preece.

Coby and Preece have finished 1-2 in the points standings in each of the last four seasons. Preece’s title came in 2013.

The Sunoco World Series 150 will be televised on NBCSN on Thursday, October 22 at 8 p.m. ET.