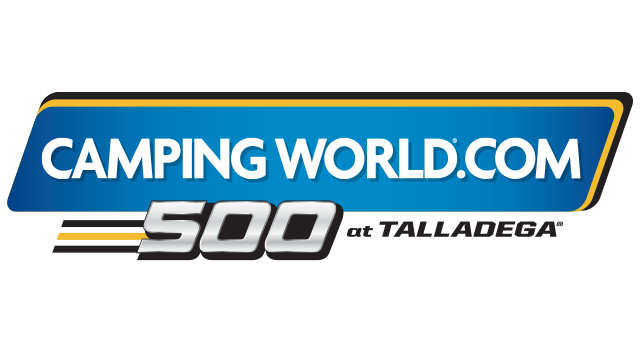 I BET YOU DIDN’T KNOW THAT

# to Donate: October is Breast Cancer Awareness Month, and Chevrolet is helping to raise money for research throughout the month by contributing $5 (up to $500,000) to the American Cancer Society for every tweet, retweet, and Instagram post using #IDriveFor. Over the past four years, Chevrolet has contributed over $4.4 million to the American Cancer Society’s “Making Strides Against Breast Cancer” campaign. Funds have been raised from walks, social media campaigns and the at-track Chevy pink pace car program, which contributes $350 for each caution lap where the pace car “leads” the field during the NASCAR race at Talladega Superspeedway and the upcoming race at Martinsville Speedway.

Follow CGR on Twitter:  Be sure to follow CGR on their official team Twitter page.  Find in-race updates and weekly news on the No.1 and No. 42 teams throughout the 2015 season by following “@CGRnascar”. You can also connect in the social conversation throughout the season with team hashtags – #TeamTarget, #Cessna1

@KyleLarsonRacin: Congratulations to my parents on 30 years of marriage!

WHAT YOU NEED TO KNOW FOR TALLADEGA SUPERSPEEDWAY

Kansas Recap: NASCAR Sprint Cup Series (NSCS) made a second visit to Kansas Speedway for the 2015 season this weekend. Jamie McMurray’s No. 1 Chevrolet SS carried a new look for the Hollywood Casino 400 with a unique paint scheme for Halo 5: Guardians, the highly anticipated release of the newest game in the Halo franchise for Xbox One. The Spartan Locke themed Chevy started 28th and finished with a 20th-place result.

Talladega Stats: In 26 previous starts at the 2.66-mile tri-oval, McMurray has amassed seven top-10, six top-five finishes including two victories. He has and average start of 21.6 and average finish of 20 and has led 242 laps, his best start of second-place came in Sept. 2003. McMurray also made his NASCAR Sprint Cup Series debut at Talladega Superspeedway on Oct. 6, 2002, driving for car owner Chip Ganassi and filling-in for an injured Sterling Marlin.

Think Pink: The No. 1 Chevrolet SS will sport the standard black paint scheme that is a familiar look on the Cessna car, however this weekend all the branding and numbers on the car will be pink to recognize Breast Cancer Awareness Month.

Kansas Recap: The NASCAR Sprint Cup Series (NSCS) returned to the Heartland this weekend as teams competed at Kansas Speedway for the second and final time this season. The weekend proved to be challenging for the No. 42 Target team, as balance issues affected the car’s speed throughout practice and the race. Larson started the race in 20th-place and briefly moved into the mid-teens around Lap 75 before contact with the wall slowed the Target Chevy for a disappointing 29th-place finish.

Larson at Talladega: Larson has three previous starts in the NSCS at Talladega. Larson has completed 75.1% of race laps in three starts, with one top-10 finish and an average finish of 22.7. Sunday will mark Larson’s eighth career NSCS start on a superspeedway.

Hometown Hound: It’s another race weekend and another plaid-inspired paint scheme for the No. 42 Target team. This weekend at Talladega, the team will be decked out in the unofficial “third color” of the Alabama Crimson Tide, houndstooth. Although the red pattern might not be as familiar as the classic black and white worn by Crimson Tide fans, Larson’s No. 42 Chevy nevertheless conjures up images of the classic fedora worn by legendary Alabama coach Bear Bryant. The coach first wore a houndstooth hat after the then owner of the New York Jets gave it to him in an attempt to garner his friendship and in turn help him sway Joe Namath to join the Jets, which he did. The pattern has also been featured in recent Target television ads, along with several hounds, promoting the current in store plaid takeover this fall.

A Shopping Bullseye: If you have made it to the race only to find out you’ve forgotten to pack a few necessities, there’s no need to worry. For all your last minute needs, and forgotten items, Target has all of the essentials and more. Target is located at 400 Oxford Exchange Boulevard, Oxford, Ala. 36203 and can be reached at (804) 559-5802. Call ahead and make sure they have what you need.

Chip Ganassi has been a fixture in the auto racing industry for over 25 years and is considered one of the most successful as well as innovative owners the sport has anywhere in the world. Today his teams include four cars in the IndyCar Series, two cars in the NASCAR Sprint Cup Series, and one Prototype in the TUDOR United SportsCar Championship. Overall his teams have 18 championships and over 170 victories, including four Indianapolis 500s, a Daytona 500, a Brickyard 400 and six Rolex 24 At Daytonas and the 12 Hours of Sebring. Ganassi boasts state-of-the-art race shop facilities in Indianapolis and Brownsburg, Ind. and Concord, N.C., with a corporate office in Pittsburgh, Pa.