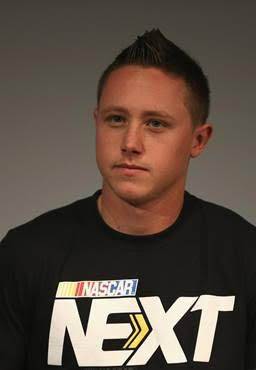 Despite the pressure to perform in the XFINITY Series, Lupton returns to his stomping grounds this weekend where pressure is on the back burner and fun is of the essence.

Looking to capture a victory in the annual Fall Classic 150-lap event at the LVMS, Lupton is excited to be back on the west coast and hopes to deliver for team owner Mark Perry in the No. 10 Lupton Excavation Chevrolet.

“I am really excited to get back to the grassroots of racing and NASCAR this weekend at the Las Vegas Bullring,” said Lupton. “Every year my old racing crew gets together and races the Fall Classic. I will be racing Mark Perry Sr.’s Super Late Model this weekend. I expect us to be one of the cars to beat this weekend, and I believe the skills I have learned this year in the XFINITY Series will show getting back in a Super Late Model.”

The Wilton, California native has competed in eight XFINITY Series races, recording a career-best finish of ninth at Mid-Ohio Sports Car Course in June, where he finished ninth after starting 16th. Other highlights for Lupton included leading his first laps of competition at New Hampshire Motor Speedway and four top-20 finishes.

Of course, while Lupton is proud of what he has been able to learn and accomplish in the XFINITY Series for Athenian Motorsports,Saturday night’s race at Las Vegas offers the opportunity for Lupton to hone his short track skills in front of family and friends.

“Vegas is always a fun short track to race at and I am sure it will not disappoint this weekend,” added Lupton “We are working on racing an XFINITY car at Phoenix and Homestead, so this weekend will be good to be back in a racecar because nothing substitutes experience and seat time, no matter the series.”

While his plans for next season are still being ironed out, the 21-year-old rising star knows he wants to stay in the XFINITY Series and continue his learning curve.

“We’ve working around the clock on sponsorship,” sounded Lupton. “It’s a never ending situation, but as a team, we refuse to give up. We’ve found a team we’ll run with for the final two races if it all comes together. I’m really optimistic.

“Right now though the goal is to go out there on Saturday night and give it everything we have to get a victory.”