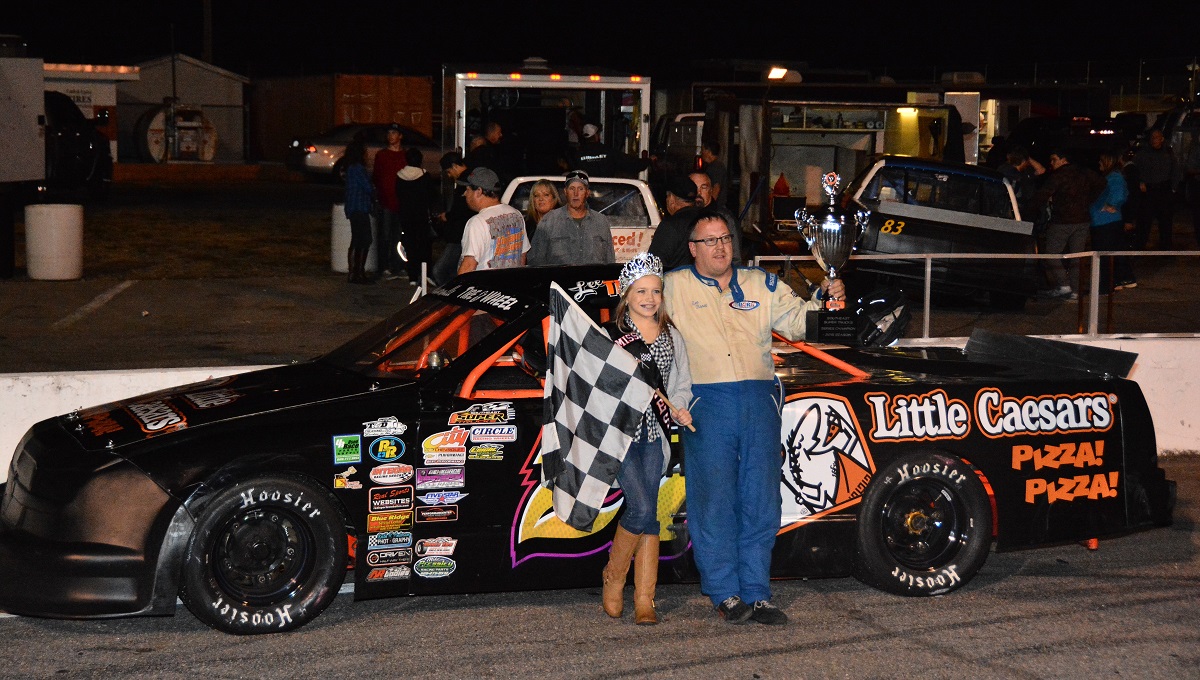 Veteran short track driver, Lee Tissot, secured the 2015 Southeast Supertruck Series championship. The season finale for the series was the rain delayed Fallen Racers and Friends 200 presented by Little Caesars Pizza at Tri-County Motor Speedway in Hudson, NC on Saturday, October 24. The race was originally scheduled for October 3, but was postponed due to torrential rains in the area.

Tissot finished second in the season finale and visited victory lane five times during the twelve race season, actually securing the championship with one race remaining. Amazingly, the Mills River, NC driver finished every race in the top-five. When the checkered flag fell at Tri-County, there was a 46 point gap between Tissot and the series’ second place driver, Cole Glasson, who finished third in the season finale.

Ricky Bowers was the fastest qualifier in the final race of the season and ended the night with a respectable fourth place finish to win rookie of the year honors edging out Luke Sorrow. The 21 year old driver from Ohio, did not find victory lane during the season, but ran consistently strong during the season.

The Southeast Super Truck Series closed out a very successful 2015 season and is currently finalizing the schedule for the 2016 season which will be announced soon.

The Southeast Super Trucks Series (SEST) was created during the winter months of 2011 as founder Jeff Myers was looking to create a cost effective way for short track racers to compete. Myers created the Southeast Super Truck Series to battle the downtime in the economy, where racers are having to look for every way to save money, but still be able to do what they love.

The rules have been set to where not only new Late Model Super Trucks can compete, but so that older trucks and different engine combinations will be very competitive.  The schedule has every event within an hour to an hour and a half of each other with races in Virginia, North Carolina, South Carolina and Tennessee.  It’s geared to be the most affordable avenue for someone who owns or races a Late Model Super Truck to go racing. www.southeasttrucks.com

Turn 4 Promotions is a muti-faceted promotional and marketing company that provides services to any industry, but specializes in motorsports related clients. Some of the services offered are – press release creation and distribution, brand management, website creation and management, social media management, photography services and more. They specialize in assisting clients in developing a marketing plan, identifying the target market, and implementing the appropriate plan. Turn 4 Promotions with its media partners has a significant reach that will provide clients with positive results.