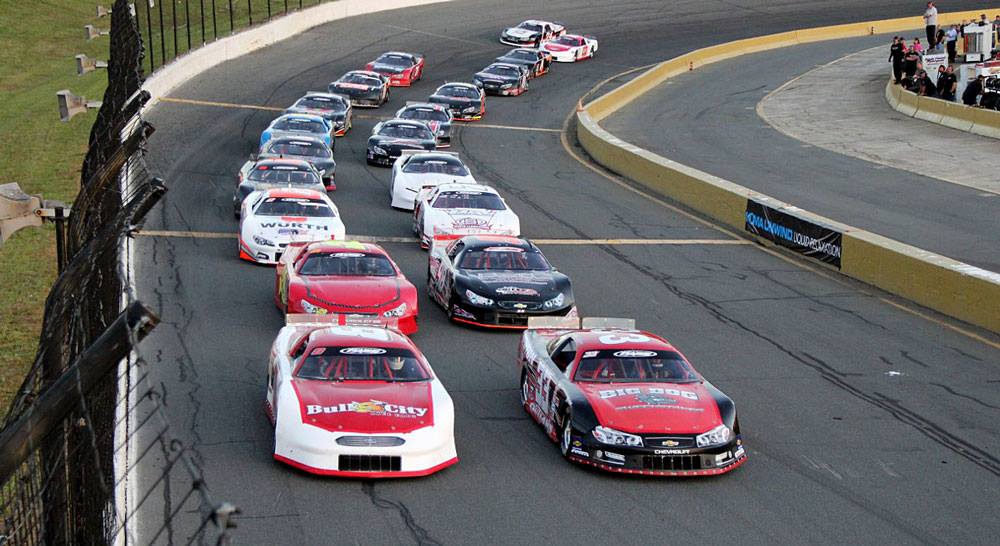 CHARLOTTE, NC (October 30) – Pro All Stars Series (PASS) officials announced today the release of the 2016 schedule for the PASS South Super Late Models.  The South’s longest running and most competitive Super Late Model series will be highlighted in 2016 by three events each at two of the most storied speedway’s in the region, Greenville-Pickens Speedway in South Carolina and Concord Speedway in North Carolina.  With 10 dates confirmed and an additional four dates to be added, the PASS South Super Late Models will compete on at least six different venues over the course of the 2016 season.

“As we always try to do for our fans and competitors, we are very glad to have the 2016 PASS South schedule completed at such an early date,” said PASS President Tom Mayberry.  “We’re excited to get the season started off early in February at Greenville-Pickens Speedway.  We believe this is one of the best schedules we have put forth for our racers.  We’re also very appreciative for all of our enthusiastic track owners and operators for their cooperation to help make this happen.  All in all, we’ve got a great group of tracks returning to the schedule next year and are excited for the possibilities.”

As announced last weekend, the season will start on Super Bowl weekend, February 5-6, at Greenville-Pickens Speedway with the return of the Winter Meltdown, which was previously held at tracks in Florida.  The PASS South Super Late Models will be joined by a “non-winners” Limited Late Model race and the Truck division.  The Winter Meltdown will also be the first event of the 2016 PASS National Championship Series.  PASS will return for two more events at Greenville-Pickens Speedway on Saturday, May 14 and onSaturday, July 16.

The PASS South Super Late Models will stay in the Palmetto State for race number two of the 2016 season when they travel towards the coast to Dillon Motor Speedway. The 11th Annual South Carolina Clash will take place on Saturday, March 5.  The tricky, egg-shaped oval has been on the PASS South schedule since 2009 and has seen drivers such as Ryan Blaney, Daniel Hemric, and Austin Theriault take the checkered flag in years past.

Following a successful revival of the triangular speedway this year, PASS will expand its relationship with Concord Speedway by again hosting the Old Glory 125 on Friday, May 27th as part of the big Memorial Day festivities in the Charlotte area.  The famed half-mile, known for its legendary Big 10 Series, will crown the 2016 PASS South Super Late Model champion with the running of the 14th Annual North-South Shootout at Concord, on November 4-5, along with the Tour-type Modifieds and several additional divisions in action.

Hickory Motor Speedway, the longest tenured facility on the PASS South circuit dating back to 2006, will once again hold the biggest Super Late Model race of the Spring. The 11th Annual Easter Bunny 150 will bring some of the best racers in North America together again on Saturday, March 26.  The Easter Bunny 150 will also be the second race that will make up the 2016 PASS National Championship Series.  As an added bonus, the 2016 winner of the Easter Bunny 150 will get an automatic starting spot in the 2016 Oxford 250 as part of the newly announced “Road To The Oxford 250” program.  The first race of the “Road To The Oxford 250” will be next weekend’s North-South Shootout at Concord Speedway.

South Boston Speedway will again host two popular weekends of racing that will see the PASS South Late Models make their only trips of the season to the commonwealth of Virginia.  The PASS South Super Late Models will compete on a stout racing card of 150 lappers, coupled with Twin 75s for the NASCAR Late Model Stocks on Saturday, June 4and on Saturday, August 13.

Final confirmation for the June 18 and September 24 dates is expected early next week.

Look for the release of the 2016 schedule for the PASS North Super Late Models and the remainder of the PASS National Championship Series to be released in the near future.

The Pro All Stars Series is recognized as North America’s premier sanctioning body for asphalt Super Late Models and boasts such marquee events as the legendary Oxford 250 at Oxford Plains Speedway and PASS South’s Easter Bunny 150 at the historic Hickory Motor Speedway.  For technical information concerning all PASS divisions please send questions to passracing@roadrunner.com.  For media or marketing questions, please contact Alan Dietz at 704-231-2039 or alandietzpass@live.com.  Please visit ProAllStarsSeries.com for more information.  And, don’t forget to “Like” the Pro All Stars Series on Facebook or follow us on Twitter @PASSSLM14 to keep up with breaking news as it happens.