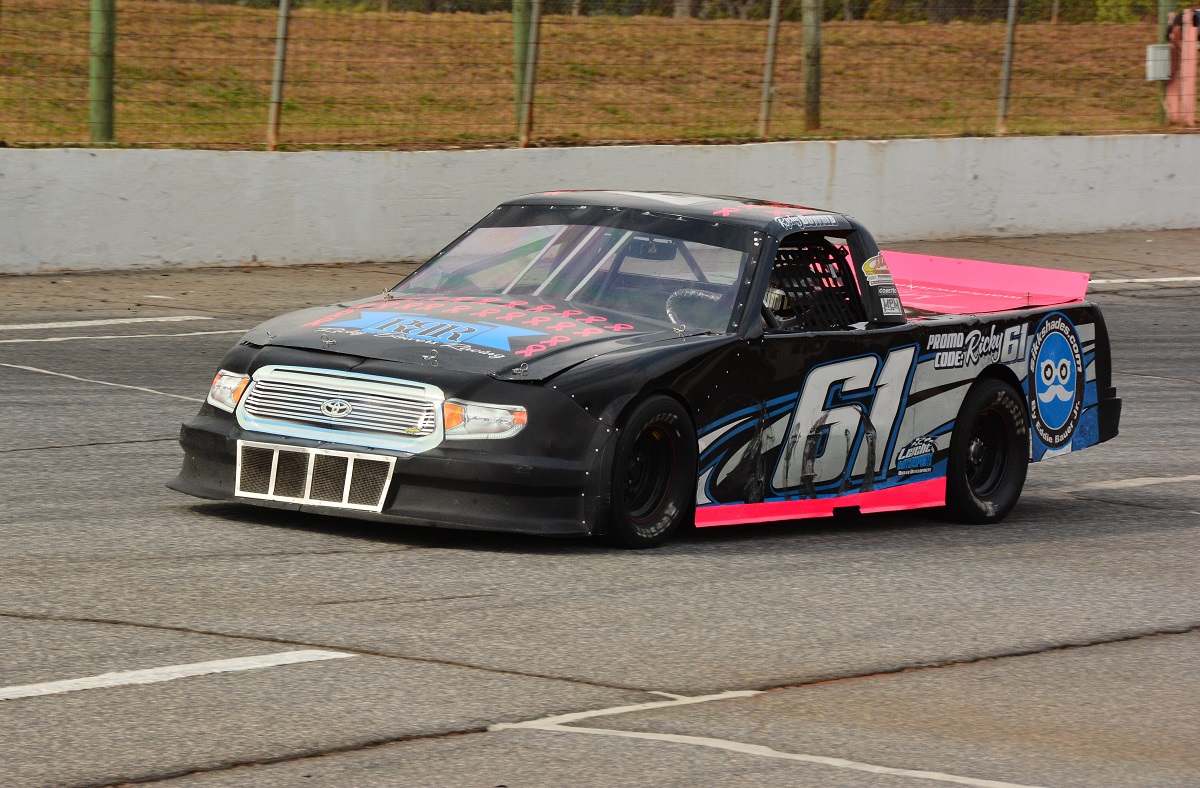 October 29, 2015 (Mentor, Ohio) – Ricky Bowers Racing and Leicht Motorsports are proud to announce that Ricky Bowers and the 61 team have brought home the Rookie of the Year Championship in the Southeast Super Truck Series for the 2015 season.  Last Saturday night, Bowers locked up the Rookie of the Year after a fourth place finish in the series finale at Tri-County Speedway in Hudson, North Carolina. “I’m proud of our team and Ricky for finishing out the year strong and locking up the Rookie of the Year this season. The competition is tough and to manage the finishes he did speaks a great deal on his level of talent,” stated Eugene Leicht.

The 2015 Southeast Super Truck (SEST) series season started well for Bowers and Leicht Motorsports, as they began with two Top 5 finishes in their first four races.  As Bowers and the 61 team moved into mid-season, they endured some bad luck and didn’t have the finishes they would have liked. “We just seemed to be in the wrong place at the wrong time in some of the races during mid-season, which hurt the momentum that we had gained at the beginning of the year.” After a rough few races in the summer months, Ricky and his team finished out their Rookie campaign strong, as they secured two Top 5’s and a pole award in the last two races of the season. “This has been the most demanding season of my career, but we worked through it as a team and that is what makes it even more special,” stated Ricky.

Bowers and the Leicht Motorsports team finished with one pole award, four Top 5’s, and nine Top 10 finishes in the twelve race SEST season. They also finished 5th in the final overall championship points standings. Bowers went on to say, “At the beginning of the year, we set a goal of winning the Rookie of the Year as well as getting in the Top 5 for the overall points, and we did both. I would like to thank Cometic Gasket, Sikk Shades by Eddie Bauer Jr., MPM Marketing, and Leicht Motorsports for making this such a great season and for allowing us to reach our goals.” Ricky’s agent, Tonya McCallister, went on to say, “This has been a great year for Ricky and his team. From the first day in a truck to the first day at some of these tracks, he has taken each challenge in great stride and learned a lot throughout the season. We look forward to carrying this momentum into the race at Myrtle Beach Speedway.”