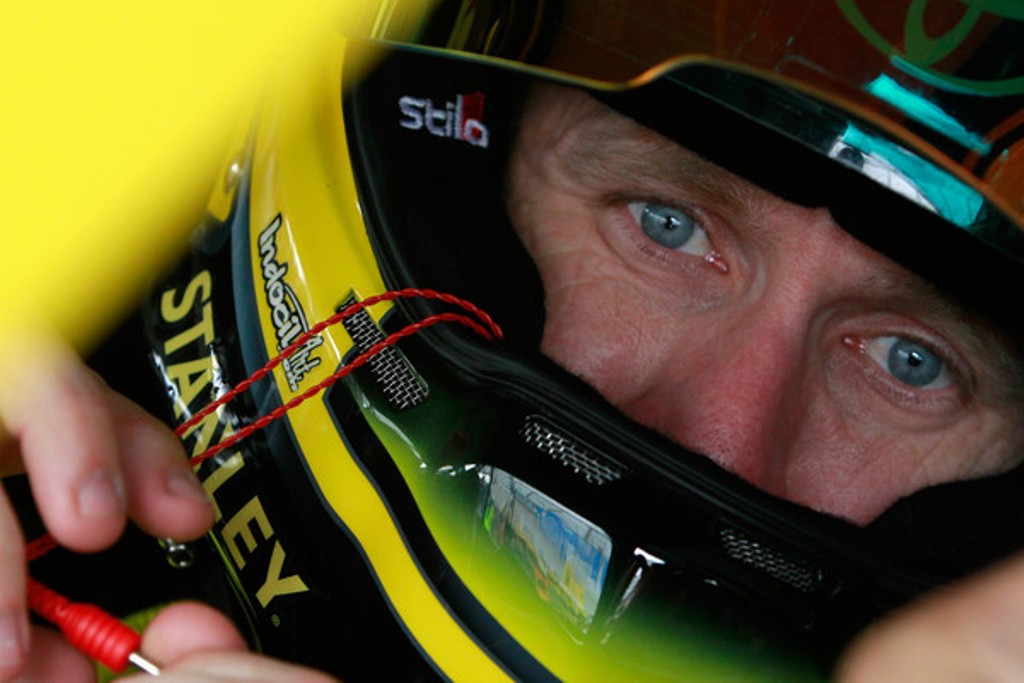 Joe Gibbs Racing driver Carl Edwards was made available to the media at Martinsville Speedway:

CARL EDWARDS, No. 19 XFINITY Toyota Camry, Joe Gibbs Racing
How do you feel about coming into this round of the Chase starting with Martinsville?
“This track for me has been 0 for whatever or however many times we’ve been here. The spring was a really good race, my teammates have helped me a ton. Denny Hamlin has really helped me a lot and my team overall, we’ve got fast race cars and they’ve been just kind of working on this. This is a race track we’ve been looking forward to as a driver and I’m excited about this round. Really these are some of my best tracks coming up so I feel like that last round was definitely the most stressful one and looking forward to this one.”

How does this race feel different from last week at Talladega related to the risks?
“This one’s different and I know a lot can happen here. A thousand times you dive into a corner and stand on the brakes and all that, but for some reason it just feels like a track where you can do things as a driver and the crew chief can do things – you’re in control of things a little more here. Even though it can get chaotic and there’s a lot that can happen, it just feels like a race track that’s a little more in the driver’s hands and I’m not saying everybody is going to be happy afterwards, but I think going into it you just feel like you have a little more control of things. To me, that’s less stressful. Plus it’s not the last one before the cutoff so that could be a factor. I guess if they swapped it around and this one was the last one it might be tough.”

How do you expect the additional SAFER barriers to impact this race?
“First of all, we appreciate the SAFER barriers, that’s good. The fans should appreciate it because it’s going to make it more narrow than it was. It seems driving down the straightaway trying to pass cars even in practice, it just seems really tight. As narrow and tough as this place was, it’s just going to be narrower and tougher. I don’t know about the restart zone, I didn’t get a good look at it.”

What do you think about when you think about Martinsville?
“I think about that one hot dog that I ate in an attempt to go faster in the spring, it didn’t work. I just think of all the history here. It’s an awesome place to watch the races. That picture right there on the wall is just the coolest picture ever of the open wheel cars on dirt and everything that’s happened here. As a fan, it would be tough to top this as a place to sit and watch a race. You can see the whole track, there’s stuff happening the whole time, the guys are wheeling the cars so for me it’s just a neat place.”

Has Kyle asked more questions today considering he didn’t run this race in the spring?
“No, Kyle (Busch) hasn’t asked any questions. He is so good and he’ll be fine. I don’t think that will be a factor. From what I can see, now being closer and being around him, he can adapt to anything. I think that the same stuff that’s always applied here is going to apply. It is a little bit different, but everyone will have it figured out by tomorrow afternoon.”

Are there other restart concepts NASCAR should consider?
“NASCAR just does the best they can to get these starts as fair as they can be and to be exciting for the fans and really this place is tough. Anything can happen on that start. We’ve seen the last restart be a complete mess and yeah, you want to be on the bottom. I don’t know if there’s a way, I guess the leader gets to pick, he’s earned that. Other than that, you just fall in line where you’re at and hope for the best.”

What would it mean to win this championship for Joe Gibbs and Toyota?
“Joe Gibbs makes it real clear that we are here to compete and that’s what he does this for. Toyota let me know that they already have a spot for the trophy, it’s ready. They are in this to win. That is what all of these folks do. ARRIS came on board and first thing they told me was that we have the fastest modems and we better have a fast race car. Everybody wants to win and it’s cool to be part of a group like that. They’ll do what it takes and they work hard. We have four races left, we’re in the hunt. At the beginning of the season I didn’t feel like, I thought the chance of sitting here being able to say that after about eight races were slim, we were struggling and I’m really proud of everybody for coming together. This is going to be fun, this is what it’s about.”

Do you ever try to count cars coming off pit road for the better restart line?
“Everyone tries to do it. We’ve got it right I think two or three times and I think one or two of those, one of the guys in front of us got a penalty and we ended up in the wrong line anyway. I remember one in particular, Jason (Hedlesky, spotter) was screaming at me, ‘Give it to him, give it to him.’ I gave him the spot, I’m doing mental high-fives there and they said somebody was speeding so we hurt ourselves. I don’t know. It’s really hard to give up a spot. It’s hard to give up one of those spots that you earn so hard on pit road in the hopes that you counted correctly and number one, no one has a penalty. It’s one of those things, you do it, but I don’t know if it’s really a huge factor. I guess in the long run, yes if you did it all the time and you counted correctly and you were able to do it then it’s good. I remember one time I was with someone and we were battling to be the slowest and somebody else got us and I can’t remember if it worked out for us or the other guy, but you get kind of disgusted after a couple instances like that and you just go for it.”

Do you have any thoughts on the 2016 schedule that was released?
“Anything that has 2016 on it, I haven’t looked at yet. I’m working on this year. I haven’t even looked at it.”