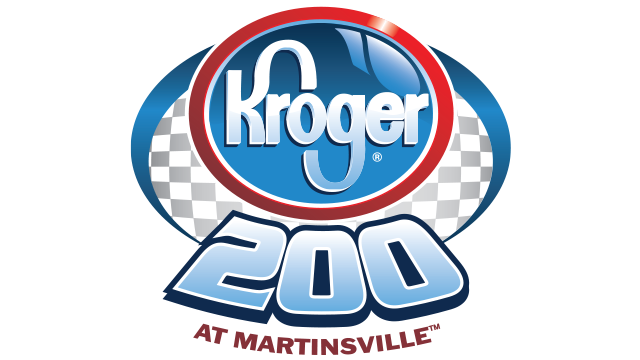 Sandusky, Ohio (October 27, 2015) – Securing his 10th top-10 finish of the 2015NASCAR Camping World Truck Series (NCWTS) season last weekend at Talladega (Ala.) Superspeedway, Sunoco Rookie of the Year contender, Cameron Hayley is ready for a change of pace when the NCWTS returns to Martinsville (Va.) Speedway, for the second time in 2015, for Saturday afternoon’s Kroger 200.
Hayley, who will be sporting the “Maui Onion” peanut flavor onboard his No. 13 Carolina Nut Co. Toyota Tundra this weekend, will return to the .526-mile “paperclip” for just the second time in his young NCWTS career, and the 19 year-old-driver feels more confident about his chances of another successful Martinsville showing. After qualifying third in his debut, in March, Hayley went on to run competitively throughout the entire race. In fact, the ThorSport Racing driver had an Average Running Position of 5.9, ranked second overall, behind NASCAR Sprint Cup Series (NSCS) regular, Joey Logano, according to NASCAR’s Loop Data Statistics. Furthermore, Hayley was scored fourth overall in Driver Rating with a 101.2, behind three NSCS regulars; Joey Logano, Kevin Harvick, and Kyle Busch. Unfortunately, a late race restart shuffled the Alberta, Canada native further back in the pack, relinquishing him to an 11th-place finish in his Martinsville debut.
After posting three top-five and 10 top-10 finishes, en route to leading 77 laps in his rookie season, Hayley has progressed his way into the sixth position in the 2015 NCWTS driver points standings, just 20 points behind fifth-place, Timothy Peters. The ThorSport Racing driver hopes that he can improve upon his first trip to Martinsville Speedway and continue his success in Saturday’s 200-lap race.
Sounding off – Cameron Hayley:
“I just hope I remember how to break when we get on track at Martinsville (Speedway). I barely touched the break at all last weekend at Talladega, but I’ll definitely need it this weekend. I’m excited to go back to a short-track though. That’s the style of racing I grew up with. After this season, I’m starting to like racing on the bigger tracks, but I think we’ll be really good at Martinsville too. We were pretty decent in the spring, and we went to Sandusky Speedway, earlier this week, to test, and I’m pretty confident in what we are bringing back this weekend.”
News & Notes:
Hayley’s Truck Series Stats:
Hayley’s NCWTS Performance Profile:
Race Information:
Date: Saturday, October 31, 2015
Time: 1:30 p.m. ET on FOX Sports 1
Track Details: .526-mile oval
Distance: 200 laps/105.2 miles
ABOUT THE CAROLINA NUT CO.:
For more than 60 years The Carolina Nut Co. has used unique handcrafted family recipes to create gourmet nut flavors for every nut lover. Located in Henderson, N.C., The Carolina Nut Co. is a family-owned company that is spreading its delicious nut creations throughout the nation. To learn more, visit www.carolinanut.com.
ABOUT THORSPORT RACING:
ThorSport Racing, based in a state-of-the-art 100,000-square-foot facility in Sandusky, Ohio, is the longest-tenured NASCAR Camping World Truck Series team. ThorSport, which has competed in the NCWTS since 1996, will run the No. 88 Menards Toyota Tundra driven by two-time NCWTS drivers’ champion Matt Crafton, the No. 98 Nextant Aerospace/Smokey Mountain Herbal Snuff/Curb Records Toyota Tundra driven by Johnny Sauter, and the No. 13 Cabinets by Hayley Toyota Tundra driven by Sunoco Rookie of the Year contender, Cameron Hayley in 2015.