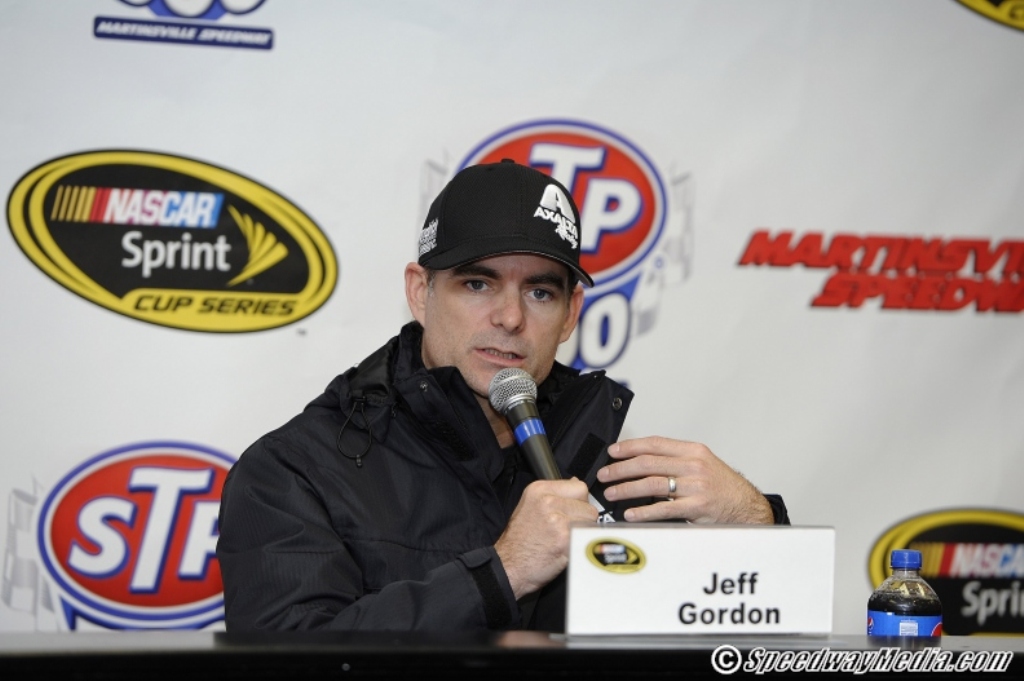 The award, given for “Outstanding Dedication to Auto Racing”, was established in 2000 and is named for Martinsville Speedway Founder H. Clay Earles.

“Jeff Gordon is one of the greatest drivers NASCAR has ever seen,” Campbell said. “However, if you look at what he has meant to the sport – the commitment he has made to it and the role he played in helping grow it to a popularity never seen before – that’s what I’ll think of when I look back on his career and that’s what the H. Clay Earles Award is all about.”

Gordon, an eight-time Martinsville winner, said receiving the award means a lot, for a variety of reasons.

“It’s really special, especially knowing they don’t give that out every year,” he said. “I’m honored. I love this place. The family has been so good to this sport, so good to me.

“This place is special; more than just the race track. It’s what they’ve done to the track to keep it authentic, to keep the fans engaged. I’m really honored by it.”

Bill France Jr. was the first recipient of the award.