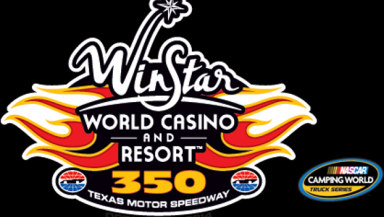 Fort Worth, TX (November 7, 2015) – As a two-time winner at Texas Motor Speedway (TMS) in Fort Worth, Johnny Sauter, driver of the No. 98 Smokey Mountain Herbal Snuff Toyota Tundra, entered the 21st race on the 2015 NASCAR Camping World Truck Series (NCWTS) schedule optimistic, and looking for his first win of the season. Unfortunately, an ill handling Toyota Tundra, and a race that only saw one caution flag during the 147-lap event, hindered the No. 98 team from making gains on their Tundra, and Sauter would settle for a 13th-place finish in the WinStar World Casino 350k on Friday night.
Starting 13th, Sauter made his way into the seventh position, battling a “loose” Toyota Tundra in the opening laps, before coming down pit road for a scheduled stop, under green, at lap 41, for four tires, fuel, and adjustments to aid in the handling. Scored inside the top-10 when green flag pit stops cycled through, Sauter reported that his Toyota Tundra was still, “free on entry, tight on exit.”
Falling as far back as 14th in the running order over the next 50 laps, crew chief Doug George, brought the No. 98 machine back down pit road at lap 97 for four tires, fuel and another round of adjustments. Unfortunately, the call would leave Sauter’s SmokeySnuff.com Tundra, “too tight,” and the ThorSport Racing driver would lose ground to the race leaders in the final laps, crossing the stripe in the 13th position behind race winner, Erik Jones.
Sauter remains fourth in the 2015 NCWTS driver point standings with only two races remaining on the 2015 schedule.
Quote:
“Unfortunately we chased the handling all night on our Smokey Mountain Herbal Snuff Toyota, and the long green flag run really didn’t help us at all. We needed a few more pit stops to get us to where we needed to be, and we just didn’t get the opportunity.”
Notes:
About Smokey Mountain Herbal Snuff
Smokey Mountain is America’s original and best-selling tobacco-free smokeless brand. Appealing to adult smokeless tobacco consumers who are seeking tobacco-free and nicotine-free alternatives, Smokey Mountain is available in long cut and easy-to-use pouches. For more information visit:www.SmokeySnuff.com
About ThorSport Racing
ThorSport Racing, based in a state-of-the-art 100,000-square-foot facility in Sandusky, Ohio, is the longest-tenured NASCAR Camping World Truck Series team. ThorSport, which has competed in the NCWTS since 1996, will run the No. 88 Menards Toyota Tundra driven by two-time NCWTS drivers’ champion Matt Crafton, the No. 98 Nextant Aerospace/Smokey Mountain Herbal Snuff/Curb Records Toyota Tundra driven by Johnny Sauter, and the No. 13 Cabinets by Hayley Toyota Tundra driven by Sunoco Rookie of the Year contender, Cameron Hayley in 2015.