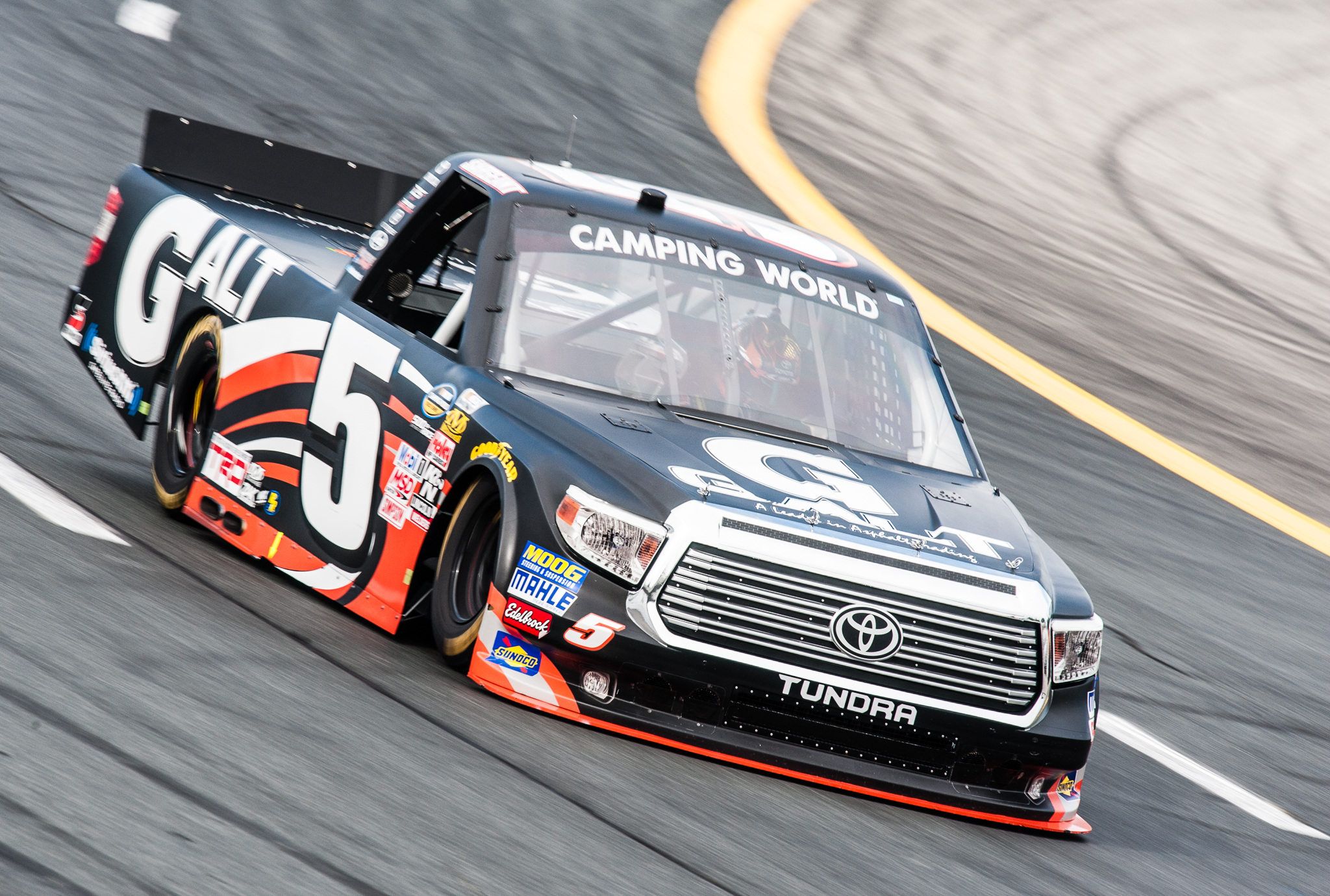 This will be the 17-year-old NASCAR Next driver’s first start on the one-mile flat tri-oval piloting the No. 5 GALT Wauters Motorsports Toyota Tundra.  Sargeant will also compete in the NASCAR K&N West Series on Thursday, November 12th at the Avondale, AZ racetrack.

Dalton Sargeant:  “It’s been a really great season in 2015 with Wauters Motorsports, we’ve always run upfront and been in contention to win in the super late model ranks and his NASCAR Camping World Truck Series effort is no different. This will mark our last NCWTS start of 2015 and I couldn’t be more excited about going to Phoenix, a track I’ve never seen before. I’ve heard a lot of great things about this unique track layout, and really looking forward to getting up to speed in the GALT Toyota Tundra.”

Richie Wauters:  “We are pretty optimistic about Phoenix.  We had a rough day at Martinsville after two outstanding top-10 finishes in Dalton’s (Sargeant) first two NCWTS starts in the GALT Tundra and I think he will do much better at Phoenix.  He is racing in the K&N West race which should help him learn the nuances of the flat track.  Phoenix can be tricky however; you have to make sure you the right balance in the truck.  You can’t be too tight or too loose.  You really need to make sure the truck is stable from the inside with shocks, springs and such since the tires they run there are typically really hard.  We are bringing back the chassis we ran in New Hampshire and Martinsville, so I know we have a good Tundra put together for him.  Hopefully, we can put it all together and pull off a top-10 for Dalton and GALT Friday night.”