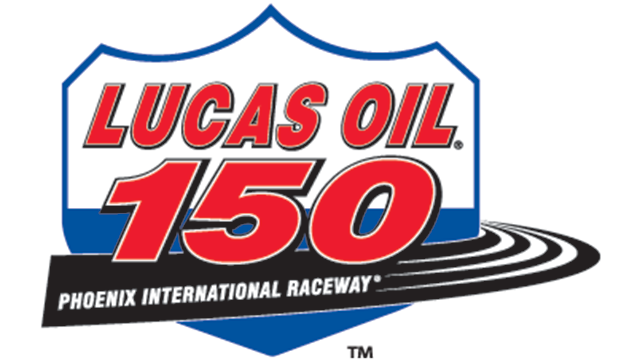 MOORESVILLE, N.C. (Nov. 10, 2015) – Many times when people do not know the answer to a trivia question, such as the ones onGames.NASCAR.com, they simply guess. Although Matt Tifft may not know the answer to all of the NASCAR trivia questions, he knows one thing for sure – how much he wants to win the Lucas Oil 150 Friday night at Phoenix (Ariz.) International Raceway (PIR).
This race will be Tifft’s 12th start in the NASCAR Camping World Truck Series (NCWTS) this season, and his ninth for Kyle Busch Motorsports (KBM). He has four top-10 finishes in 2015 and is still looking for his first win. This will be the first time Tifft will work with crew chief Eddie Troconis, although Troconis was the engineer on the No. 51 KBM Toyota for five of his races this season. Tifft has prior experience at PIR, competing in the K&N Pro Series West race in 2013 and the NCWTS race in 2014.
The No. 54 team is bringing KBM-012 to Phoenix this weekend. This Tundra has one win with Erik Jones at Iowa Speedway last July, and was previously raced by Tifft at Pocono (Pa.) Raceway in August where he finished eighth, and Chicagoland (Ill.) Speedway in September where he finished ninth. In 16 starts this Tundra has led 294 laps and has an average finish of 11.3.
Tifft will also have some very good notes to work from since KBM teams have won the Truck Series races at Phoenix the past four years. Owner-driver Kyle Busch got the first win in 2011, followed by Brian Scott in 2012 and current championship point leader Erik Jones won the last two consecutive races in 2013 and 2014. KBM drivers have collected four wins, one pole, 390 laps led, five top-five and six top-10 finishes resulting in an average finish of 9.1 across nine starts in the desert.
While Tifft would enjoy beating his fellow drivers in a game on Games.NASCAR.com, he would much rather beat them on the track Friday evening and take home the trophy so nobody would have to guess where he won his first NCWTS race.
Matt Tifft, Driver of the No. 54 NCWTS Games.NASCAR.com Tundra:
You have two previous starts at Phoenix in the K&N Pro Series West in 2013 and NCWTS in 2014. Will those races help you in the truck this weekend?
“Any track time is good to have, especially at a place like Phoenix. It is one of the most unique tracks we go to all year, so having been there before will help since I can spend less time learning the track, and more time focused on the handling of the truck and how to make it faster.”
What makes Phoenix challenging for a driver?
“I think the different corners make Phoenix challenging. Turn one is such a momentum-based corner, but then you really have to be able to turn and be able to roll in turn three, as well as the short shoot which now creates some hairy situations on restarts.”
At this point in the year, how do you balance college and racing?
“It can be tough, but I have been keeping up with my school work and sometimes just have to do it on the road. I’ve got a pretty heavy course load this semester with some tough classes, but it’s not too bad though. I’ve been able to manage it pretty well, but there are nights when the team goes out to dinner on the road and I stay behind to finish calculus or econ homework.”
Eddie Troconis, Crew Chief of the No. 54 NCWTS Games.NASCAR.com Tundra:
What makes Phoenix challenging for a crew chief?
“Phoenix is a unique race track with the dogleg on the back and completely different asphalt from anywhere else we race. It’s a pretty fast one-mile track, so there is a lot of braking and making sure the chassis in handling well. One of the most challenging things is to make the truck turn for 60-80 laps without losing rear grip. I feel comfortable KBM has a winning setup since they have won the past four races at Phoenix. I’m excited to work with Matt (Tifft) this weekend and I think we’ve got something to work with.”
Matt Tifft’s No. 54 Games.NASCAR.com Tundra:
KBM-012: The No. 54 Games.NASCAR.com team will race KBM-012, for Friday’s Lucas Oil 150. This Tundra has one win with Erik Jones at the wheel in Iowa last July. Tifft raced it most recently at Chicago in September where he finished ninth.
KBM-012 Performance Profile
Notes of Interest:
Matt Tifft @ Phoenix
Matt Tifft 2015:
Matt Tifft NCWTS Career Stats:
Matt Tifft 2014:
Kyle Busch Motorsports’ No. 54 Tundra:
KBM NCWTS Program:
KBM NCWTS @ Phoenix International Raceway:
The Troconis Transcript:
Eddie Troconis will take over atop the pit box of the No. 54 Tundra for the final five races of the 2015 season. Since joining KBM in 2013, the native of Mexico City, Mexico has contributed to seven wins in his role as a race engineer under crew chief Jerry Baxter. Troconis crew chiefed a combined seven NASCAR Camping World Truck Series races for Eddie Sharp Racing during the 2012 and 2013 seasons, where his drivers earned one top-five and three top-10 finishes.
Troconis has one prior start as a crew chief at Phoenix when he called the shots for Justin Lofton at Eddie Sharp Racing in 2012. Lofton recorded a 10th-place finish in the 153-lap event.
Kyle Busch Motorsports No. 54 Toyota Tundra 2015 NCWTS Box Score:
-KBM-