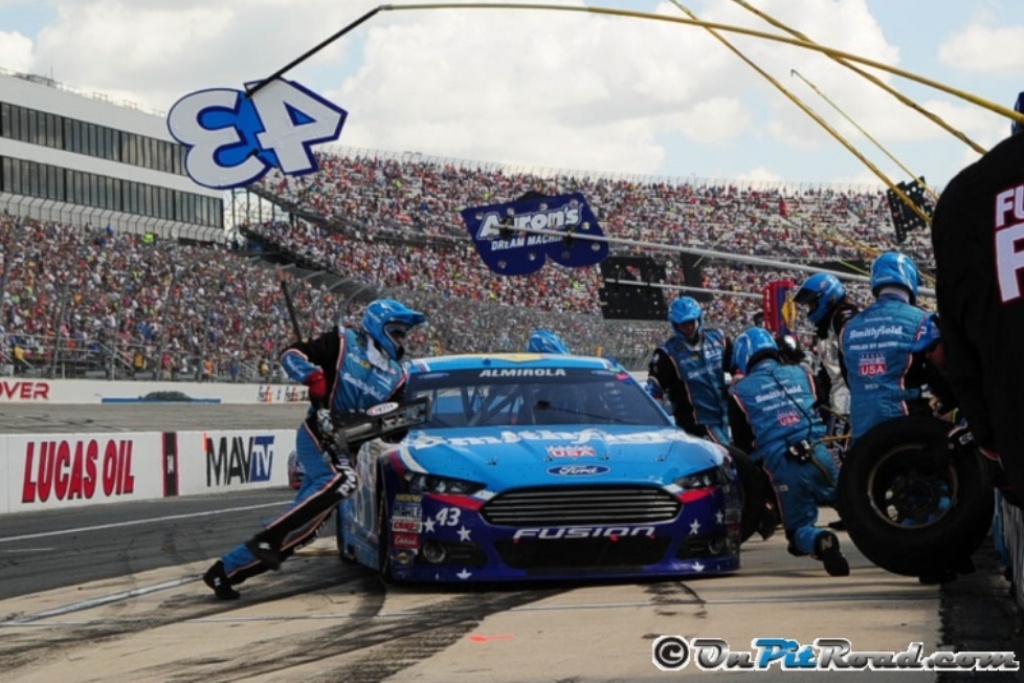 U.S. Air Force and RPM Team Up To Engage Young Minds in 2016

Almirola will Pilot the No. 43 U.S. Air Force Ford for Two Patriotic Races in 2016

MOORESVILLE, N.C. (November 14, 2015) – Richard Petty Motorsports and the U.S. Air Force announced today that they will once again team up for the 2016 season. The U.S. Air Force will continue to use the No. 43 Ford as a vehicle to connect with America’s best young adults for the eighth consecutive season. Aric Almirola will once again pilot the No. 43 Air Force Racing Ford for two of the most patriotic race weekends of the year: Memorial Day weekend at Charlotte Motor Speedway and the Veterans Day weekend race at Phoenix International Raceway.

As part of the partnership, the U.S. Air Force will remain an associate partner on the historic No. 43 for the entirety of the 2016 season. The U.S. Air Force will continue their experiential marketing at NASCAR races, bringing the No. 43 U.S. Air Force Ford show car and the “Air Force Race Day” interactive display to environments where recruiters can connect with young adults. It will also continue to hold swear-in ceremonies of Airmen in the Delayed Entry Program at NASCAR Sprint Cup Series races, giving fans an up-close, in-person look at the moment when groups of young Americans commit themselves to serving their country.

Proving a great fit for the U.S. Air Force, Almirola was born on Eglin Air Force base in Florida while his dad served in the Air Force and appreciates the partnership and what it means for the Air Force. In 2014, Almirola drove the No. 43 Air Force Ford to victory at his home track Daytona International Speedway on the 30th anniversary of “The King” Richard Petty’s historic 200th win.

“Having a dad that was in the Air Force really made me appreciate our partnership with the Air Force initially, but after working with them the last four seasons, it’s the men and women of the Air Force that we meet every week that really resonate with me,” said Almirola. “The sacrifice these military members make every day to make our country safe is the ultimate gift to Americans. It’s an honor to represent the superior talent who are members of the Air Force. It’s not something I take lightly. I know the Air Force has high expectations for their recruits, and I’m glad that they chose me to represent them. We have a similar mission to win, and I’m excited to continue that mission together next season.”

“The Air Force is excited to partner with Richard Petty Motorsports again in 2016, for the eighth consecutive season,” said Maj Jacob Chisolm, Air Force Recruiting Service National Events Branch Chief. “NASCAR is a great venue to inspire young adults, communicate the service’s mission and build awareness about career opportunities within the Air Force. It’s also a great way to highlight the connection between our Air Force mission and the science, technology, engineering and math principles that play a major role in NASCAR.”

About the U.S. Air Force

The mission of the United States Air Force is to fly, fight and win in Air, Space and Cyberspace. For 2016, the Air Force Recruiting Service is hiring approximately 28,000 new Airmen. An emphasis is on recruiting people with no prior military service into one of about 140 enlisted career opportunities. The Air Force recruits to retain, so we recruit the brightest candidates possible, then provide them with tough, highly technical training that gives them the right skills to sustain the combat capability of America’s Air Force. For more information about Air Force benefits and opportunities, go to www.airforce.com.