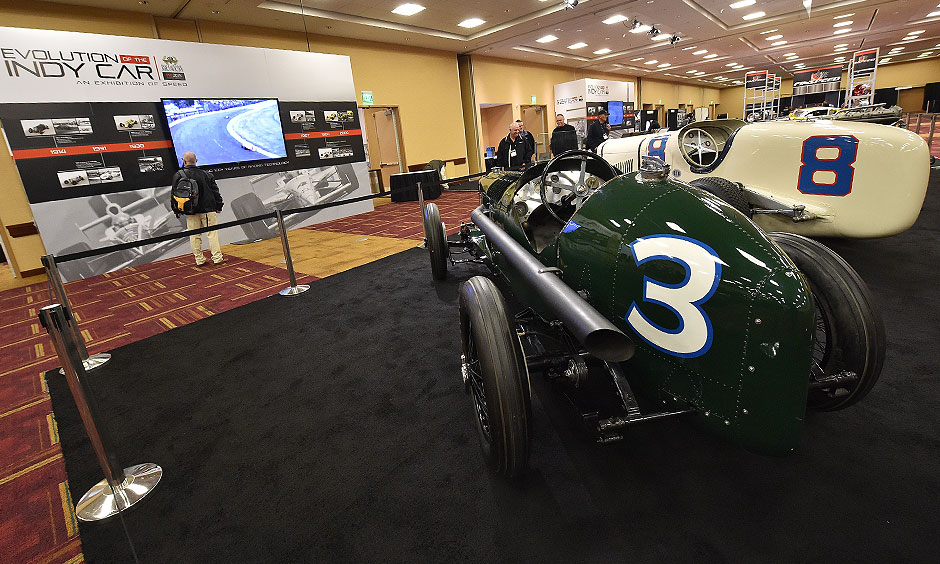 The heritage of the Indianapolis 500 Mile Race will be represented in “Evolution of the Indy car: An exhibition of speed” at the Performance Racing Industry trade show Dec. 10-12 at the Indiana Convention Center in Indianapolis.

Historic race cars from the Indianapolis Motor Speedway Hall of Fame Museum will be featured, providing a dramatic perspective on the evolution of engineering and design.

The annual motorsports trade show, which is open to individuals involved in racing, features 1,200 exhibiting companies totaling more than 3,000 booths.

IndyCar.com will provide streaming of events from the INDYCAR stage, including Verizon IndyCar Series team announcements and the unveil of renderings of the new Cooper Tires USF2000 Championship Powered by Mazda chassis.

A Q&A with Indianapolis 500 winners Juan Pablo Montoya and Bobby Unser is up first at 11 a.m. ET Dec. 10. Check IndyCar.com throughout the day Dec. 10-11 for streaming updates.

The show is open to the public on Dec. 12. Featured on the INDYCAR stage at 10 a.m. ET will be a Q&A with Indianapolis Motor Speedway historian Donald Davidson. INDYCAR and Indianapolis Motor Speedway will host a Forza 6 Indy car racing competition throughout the day. Participants will compete for prizes as they play the game on the LED screen that covers the back of the display booth.