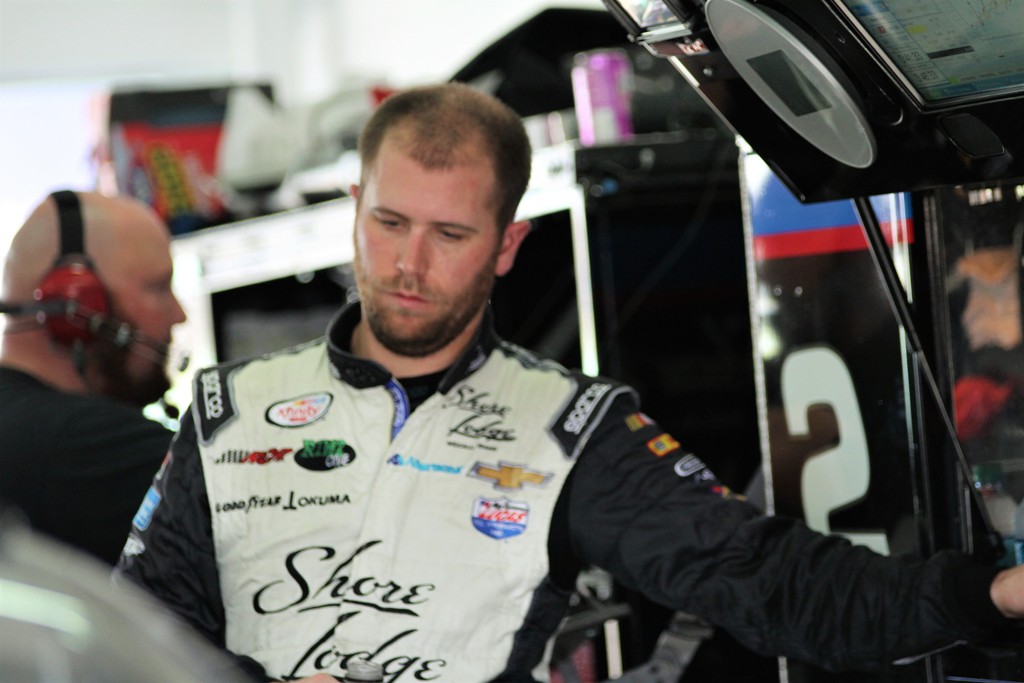 Motorsport.com revealed on Wednesday, December 9 that sources have confirmed to them that Brian Scott will drive for Richard Petty Motorsports in the Sprint Cup Series in 2016. RPM has announced that they will be making an announcement at their shop on Friday at 11 a.m., but hasn’t openly confirmed the news.

Scott has ran the XFINITY Series the past six season on a full-time basis, driving for Richard Childress Racing over the last three seasons. Scott finished eighth in points this past season with six top-fives and 18 top-10s. The Idaho native ran a limited schedule in the Sprint Cup Series, running 10 races in 2015 for Circle Sport Racing. He had a best finish of 14th at Texas Motor Speedway in October.

Back in September, Scott revealed just how hard he was working at finding a full-time ride in the Sprint Cup Series for 2016, rather than remaining in the XFINITY Series.

“We’re focused really hard in moving into the Sprint Cup and finding a competitive ride, but really, the options are slim up there, and they are tough to find,” he said at the time. “But really, we’re focused on making that step up and putting together the pieces that we need to for a competitive ride, and trying to not be in the XFINITY Series on a full-time points basis.”

At the time, Scott added that he was looking at every option, whether a fourth car for Richard Childress Racing, or racing for another organization in the series.

“We’re not closing any doors; we’re open to all opportunities, and nothing is off the table right now,” he commented. “We’re exploring everything and be very thorough in this process.”

A lot of people have overlooked Scott’s talent behind the wheel as he has yet to visit victory lane in the XFINITY Series. However, as a result of being consistant and understanding each of the tracks, he commented back in September that he was ready, regardless.

“It’s really about an opportunity thing,” he commented. “The right opportunities haven’t come up in the past, and I have been content to run in the XFINITY Series. I think the difference is this year, I’m ready to draw a line in the sand and say I don’t want to continue to find what’s easy out there and do the same thing. I really want to take that next step, and push for all or nothing.”

The current deal with RPM could see Shore Lodge, which is owned by Scott’s father Joe, and a company that has een seen on Scott’s cars through the years.

RPM will be looking to field two entries in the Sprint Cup Series, with Aric Almirola as a teammate to Hornish. Almirola returns to the seat after finishing 17th in last year’s points standings with three top-fives and six top-10s. Almirola recently announced that he has resigned the U.S. Air Force as a sponsor.

Sam Hornish Jr., whom drove the No. 9 entry last year, will not return to the team in 2016, as confirmed by Richard Petty during the Phoenix race weekend. Petty was directly asked whether Hornish would be driving the No. 9 entry, in which Petty responded, “No, I don’t think so.”

“We’re still working on what we’re gonna do with the 9 car and crew and all that stuff,” he added. “Things are looking up. We’ve got some stuff coming down the pike, but we don’t have it corralled yet.”

At that time in November, Petty would not divulge into who could possibily fill the seat, saying its all about combining the right driver and sponsorship package together.

“We can’t just go with a driver and then not have the money, and we can’t go with just the money and not have a driver, so it’s gonna be interesting,” he commented.