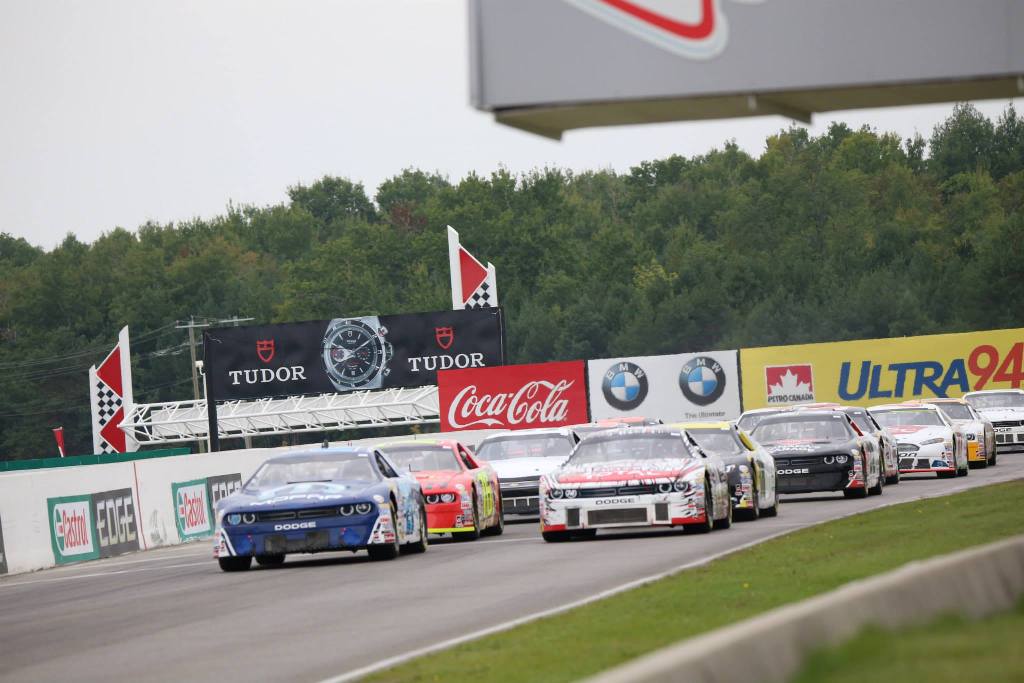 Like most seasons in motorsports, the 2015 season brought forth a bit of everything, from highs to lows and all those in between. It seemed no matter the series that you tuned into, you were certainly entertained with events across the board.

As we say goodbye to the year that 2015 was, let’s take a look at some of the memorable moments.

One of the only events that I get to attend each season on a NASCAR scale is the event that happens at Canadian Tire Motorsports Park. Over the past prior two years, the victories by Chase Elliott and Ryan Blaney were top-notch shelf entertainment. Let’s face it – this past year didn’t fall too far off that banner.

The expert driving by Erik Jones in the later stages of the event to hold off the charge from his fellow competitors was just pure gold. It seemed to be the perfect examination point to his season that saw him start off a little rocky, but rock it through from May on to win the championship. If you combine Tagliani’s problems in the last stages of the event with Jones’ success, it was yet another well put on event by the track.

Each year at the event also brings the chance to meet some drivers and hear their stories. It was neat, as a Canadian, hearing from Cameron Hayley in learning his climb to the series, thoughts on his year and racing in front of the Canadian fans. The race was also a success for Hayley, too, as he finished inside of the top-10. If you’re in the mood to reflect back, take a read through that very discussion with Hayley by clicking here.

The road course located in Bowmanville, Ontario also put on a thrilling pair of events for the NASCAR Canadian Tire Series (now known as the NASCAR Pinty’s Series). The spring event featured a thrilling battle between Andrew Ranger and Scott Steckly, that resulted in contact to hand Gary Klutt his first career victory. The summer event then featured some impressive final set of laps by Jason Hathaway, Jeff Lapcevich and Alex Tagliani with contact involved and passes between them that led to Hathaway getting his first road course victory. As a Canadian fan, this is certainly a track that you want to check out.

Admittedly, the lack of victory for Lapcevich was bittersweet as it marked his final start behind the wheel. It’s hard to believe that despite all his success in the series, he did not visit victory lane. Let’s say, though, that he came close on multiple occasions throughout his career and impressed many. As Jeff gets out of the seat, everybody will certainly have their eyes on Cayden.

With that in mind…..Cayden Lapcevich impressed a lot of people this year. His Super Stock Championship at Sunset Speedway was stellar to watch as he finished inside the top-three in each of his starts throughout the entire season. He also made a couple starts in the Canadian Tire Series, showing his talent there. The June race at Sunset Speedway saw Lapcevich lead a series of laps en route to a third place finish that caught everyone’s attention. Though more impressive, in my opinion, was when the series headed to CTMP in September. Starting at the tail end of the field, Lapcevich played it clean throughout the entire race, en route to a top-10 finish. For not having a lot of road course experience, it seems as though he’s adapting quickly. Of course, the youngster then went on to complete his year on a high, winning two of the crown jewel events – the Velocity 250 and Autumn Colours Classic. Did I mention that he had to run the b-main at the Velocity? Boom goes the dynamite!

Since we’re talking about big events, you have to also include the trip to Toronto for the Honda Indy event. That event is always fun to attend to as there’s nothing that you can do to replace the sound of those IndyCars rushing through the streets. You then combine seeing the Stadium Super Trucks in their high-flying jumps off the ramps in the same weekend and you might as well say it’s a race fan’s heaven.

For the record, mother nature tried to dampen the spirit as it was rainey throughout the weekend. Though despite that, each of the events saw close-racing among the competitors with Josef Newgarden putting together the right pieces for his IndyCar victory. As far as the super trucks, I’ll just leave this here for you.

Outlaw Super Late Model is always full of excitement for fans across Ontario as some of the best drivers have raced in the series over the years, putting together some of the best races. The 2015 season was just another notch in that chapter as there was a first-time champion, along with memorable moments along the way. A lot of fans will recall the battle at Sunset Speedway in August between J.R. Fitzpatrick and Glenn Watson that lasted over 20 laps. The pair would go back and forth, seeming as though they were even as ever.

The year also brought forth the form of domination, something that has become a thing with the series over the past couple of years. Brandon Watson was the man in 2013, followed by Andrew Gresel in 2014 and this year – Kevin Cornelius. It seems that once a driver hits on something, magic is created for the rest of the year. Who will be the man in 2016? I have an idea based on how the year ended, but I’ll let you think about that for now.

RELATED: See the full interview with Kevin Cornelius from the last event of the season

Just like their big brother, the modifieds had just as much excitement across the board. There were races that were dominated, and then races that saw last-race battles that had fans thrilled. Who could forget Gary McLean’s careful climb through the field at the Velocity 250 in September? It’s also nice to watch the series grow as it seems each year, more and more drivers join the fray with awesome looking cars. What will happen in 2016? That has yet to be known.

There was also a bit of history made, with the Ironman Gary Elliott. His level of dedication to being at each race, and having a solid program is top-notch it seems. It is showed by the amount of years he has been involved in racing, and the amount of consecutive nights that he has ran. I had the privilege of discussing Gary’s mark with him at Flamboro Speedway this past season, and it’s certainly a racing story that any fan would love.

Disclaimer: The views and opinions of this article reflect that of the writer, and not necessarily the management and other contributors of OnPitRoad.com.