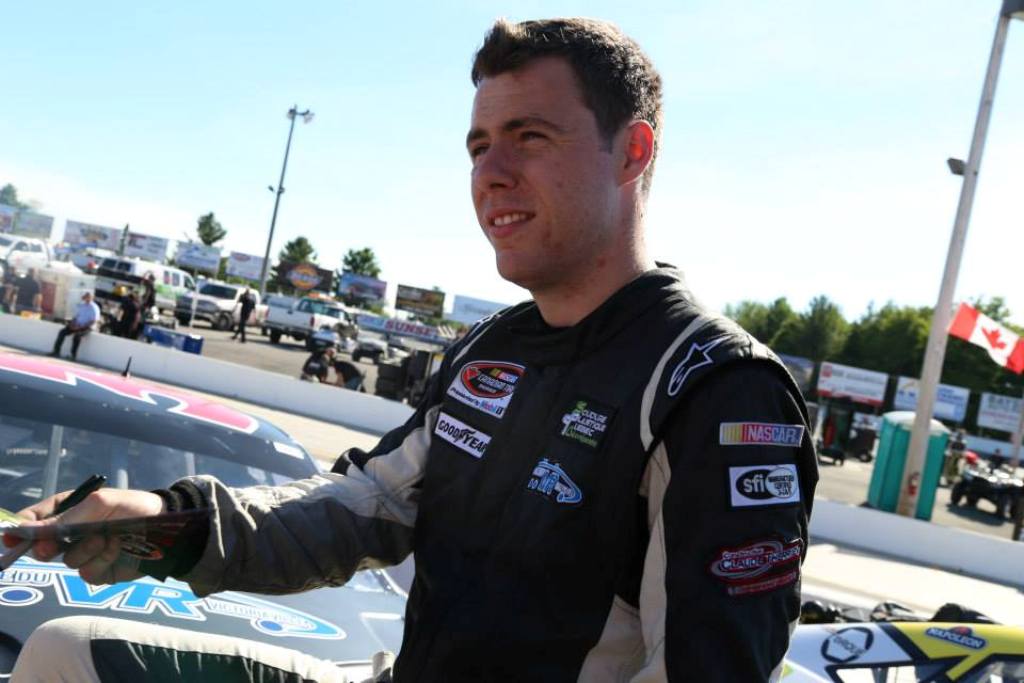 Near the end of the 2015 season, Jacombs Racing confirmed that St. Albert, Quebec native Alex Labbe will run the full NASCAR Pinty’s Series schedule in 2016.

“This is very good news, I’m glad,” Labbe told the La Tribune in November in French. “It’s been a while since I worked on the project. The fact that I got good results and I am the youngest driver to have a good chance of winning the championship was enough to convince him to give me a chance.”

Labbe has ran a partial schedule over the past couple of seasons, scoring two poles, four top-fives and eight top-10 finishes. Jacombs Racing has had success in the series, having won a pair of championships with Andrew Ranger.

“The goal is the championship,” he added. “We did some shopping with limited resources this year and we have always been competitive. With the necessary budget, next year, all hopes are (to win the championship).

The effort for Labbe will be sponsored by Can-Am, which is owned by Bombardier Recreational Products, a company based in Quebec. The company is also sponsoring Jeffrey Earnhardt and Bobby Labonte’s effort in the No. 32 GoFAS Racing Team Ford in the Sprint Cup Series races as a primary sponsor for 13 races and an associate sponsor for 23 races.

“Chances like these, to have companies like Kappa, Can-Am and Cyclops Gear support you for a whole NASCAR racing season do not come often in a career,” the 22-year-old said back in September. “I want to make the most of the opportunity by showing that they took the right decision when they chose to bring me in their development program.”