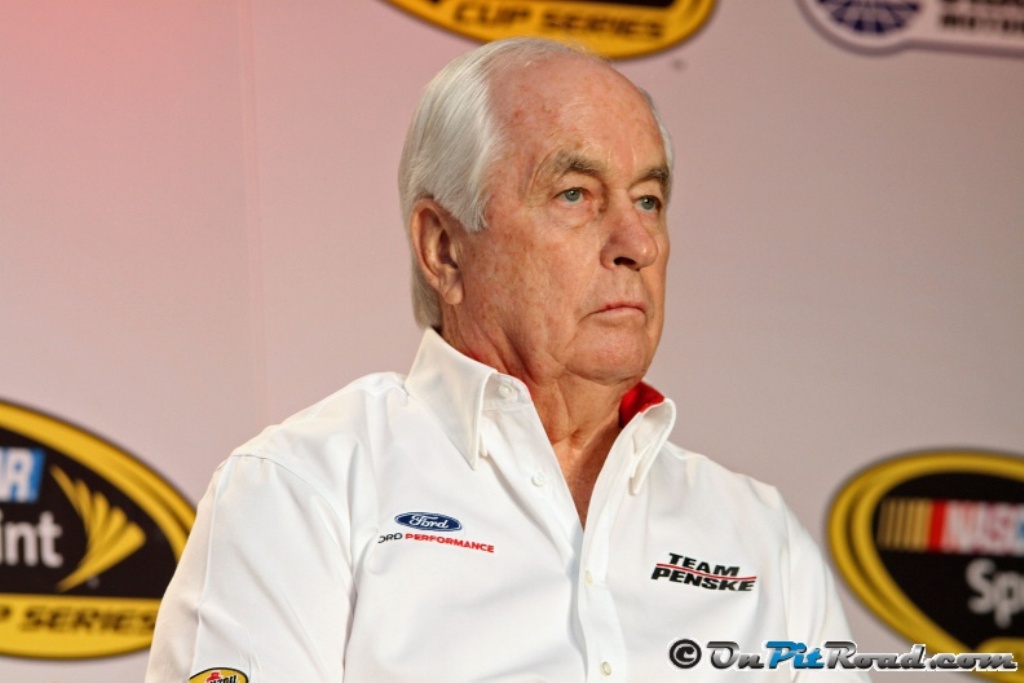 Team Penske, which owns more Indy car wins (178) and Indianapolis 500 victories (16) than any team in the sport’s history, unveiled plans for the year-long celebration of its 50th anniversary in motorsports in 2016.

“Celebrating the 50th Anniversary of Team Penske” will be a multi-faceted program that includes media and fan engagement, sponsor partnerships, special events and more. The commemoration kicks off Jan. 20 with a gathering of current and past Team Penske drivers in all disciplines in Charlotte, N.C., and will include a special Team Penske exhibit at the Indianapolis Motor Speedway Hall of Fame Museum to debut in February in conjunction with the 100-day countdown to the 100th Running of the Indianapolis 500 Mile Race.

The IMS museum display will not only feature cars representing each Team Penske driver’s first win at IMS, but will also include vehicles, artifacts and trophies from Penske’s rich motorsports history.

“We are very proud of all Team Penske has accomplished over the last 50 years,” team owner Roger Penske said. “The celebration of our 50thanniversary is truly a credit to the hard work, preparation and execution of our teams over the years. The 2016 season will be a special one in our history as we have the opportunity to reflect back on our heritage while continuing to produce and win at a high level each week on the racetrack.”

Beginning as Roger Penske Racing in 1966, competing in sports car and endurance events, Team Penske has grown into one of the most successful racing teams – and sports teams – in the world. The team won its class in the 24 Hours of Daytona in its first start and since then Team Penske has produced a combined 424 wins, 487 pole positions and 28 national championships.

The anniversary program also includes an exhibit at the NASCAR Hall of Fame in Charlotte and inductions into the newly formed Team Penske Hall of Fame – a yearly honor that will be made eligible to current and former drivers and employees who have made a significant impact on the team and its history.

An extensive media plan will bring many of the historic races, drivers, team members and pivotal moments of Team Penske’s past back to the forefront through interviews and features. A special Team Penske 50th Anniversary logo has been created and the team will celebrate the anniversary all year long on its social media channels, utilizing the #Penske50 hashtag. Many team partners will incorporate special car paint schemes to commemorate the anniversary throughout the racing season.

“Keeping everyone safe and ensuring a worry-free trip to the Indianapolis Motor Speedway and all Verizon IndyCar Series venues will always be mission critical,” said Mark Miles, CEO of Hulman & Company, the parent of IMS and the Verizon IndyCar Series. “Mike has been an outstanding leader of safety and security efforts for every major event Indianapolis has thrown in recent years, including the Super Bowl. He knows what it takes to develop and execute a world-class public safety plan at high-profile venues and he is the right individual to take on this responsibility for us.”

“I’m honored to join the team at Hulman Motorsports and work on behalf of racing fans from across the country and globe who see the Indianapolis Motor Speedway and other INDYCAR venues as second homes,” Bates said. “No one hosts major sporting events better than the city of Indianapolis and I’m proud to say our safety and security planning is a major contributor to our stellar reputation. I plan to take the lessons I’ve learned and the relationships I’ve built throughout my public safety career and put them to good use in this new role.”

Bates has served as deputy chief at IMPD since 2010, leading more than 250 sworn officers and 20 civilian employees within the Homeland Security division. In that time, he has coordinated IMPD and inter-agency safety and security efforts for all large events in the city. Units under his supervision have been charged with monitoring terror threats, protecting visiting dignitaries, analyzing traffic patterns and flow and tracking aviation activities. Bates began his career as an officer patrolling the city’s West District and worked his way up to sergeant, lieutenant, captain, commander and finally deputy chief in his nearly 30-year law enforcement tenure.

In his new role at Hulman Motorsports, Bates will be responsible for developing, refining and implementing IMS and INDYCAR safety and security plans. At IMS, he will be responsible for the development, implementation and coordination of public safety and security, emergency preparedness, response, recovery and mitigation plans, exercises, procedures and staff programs. At INDYCAR, he will be responsible for defining policies, procedures and best practices for public safety, security and emergency preparedness for the Verizon IndyCar Series races, then implementing and executing plans in cooperation with race promoters and track venues.