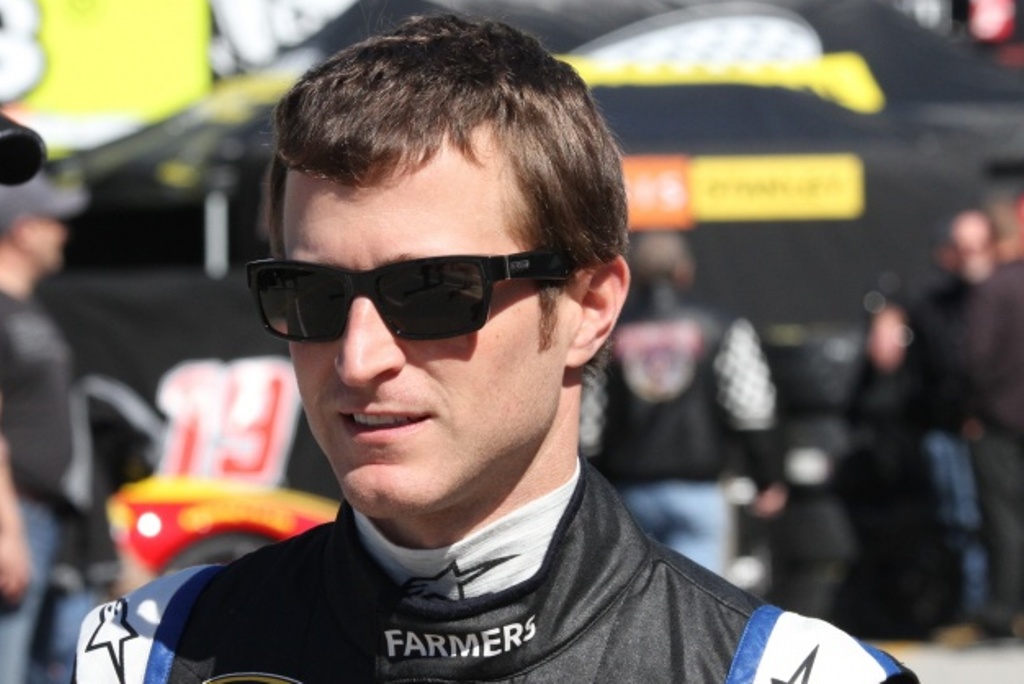 PHOENIX – NASCAR star Kasey Kahne, driver of the No. 5 Great Clips Chevy SS for Hendrick Motorsports, attendedWednesday’s Phoenix Suns home game versus theCharlotte Hornets at Talking Stick Resort Arena. Kahne was in the Phoenix area to promote the start of the 2016 NASCAR season, the Daytona 500, and the Good Sam 500 at Phoenix International Raceway, which is scheduled for Sunday, March 13.

“I grew up playing basketball,” said Kahne. “I played through high school. When I was growing up, the Seattle Sonics played the Suns a good bit and the Suns were pretty tough, so I remember the Suns beating us in the playoffs and things, but I’m glad to be back in Phoenix at the game tonight promoting the Good Sam 500 in March. I’m looking forward to it.”

Prior to the game, Kahne traded jerseys, or in his case, an official fire suit, with Phoenix Suns forward P.J. Tucker.

“I had a Great Clips suit from last year and brought it to give to P.J. Tucker, and he gave me a Suns jersey with ‘Kahne’ and a No. 5 on it, so it was a cool exchange,” Kahne said.

Following an appearance on the FOX Sports Arizona pre-game show with former Sonics and Suns forward Tom Chambers, Kahne took his seats courtside taking in the Suns as the team defeated the Hornets. After a featured recognition on the video board, he also participated in a ‘Twitter Takeover’ answering questions from PIR fans.

“One thing about Phoenix is that we always get great crowds out here,” said Kahne. “It’s a great fan base in Phoenix, so it’s a neat track to come to because it’s just filled up with people enjoying the race. It’s fun to come out here and promote it and remind people it’s coming up in March and get ready for it.”

Kahne, a native of Enumclaw, Wash., has won 17 races in his NASCAR Sprint Cup Series career, including a victory in the November 2011 Kobalt Tools 500 at PIR. He has earned a total of 23 starts in Phoenix, including five top-5 performances and eight top-10 finishes.

Since 1964, Phoenix International Raceway has been the premier motorsports venue in the Southwest. Founded as an open-wheel racing mecca, PIR will host the Phoenix Grand Prix Verizon IndyCar Series race under the lights on Saturday night, April 2. Phoenix is the only track in the West to have two NASCAR Sprint Cup Series weekends a year and will kick off its 2016 NASCAR season with the Good Sam 500 NASCAR Sprint Cup Series race weekend March 11-13 followed by the semifinal race for the Chase for the NASCAR Sprint Cup, the can-am 500, November 11-13.