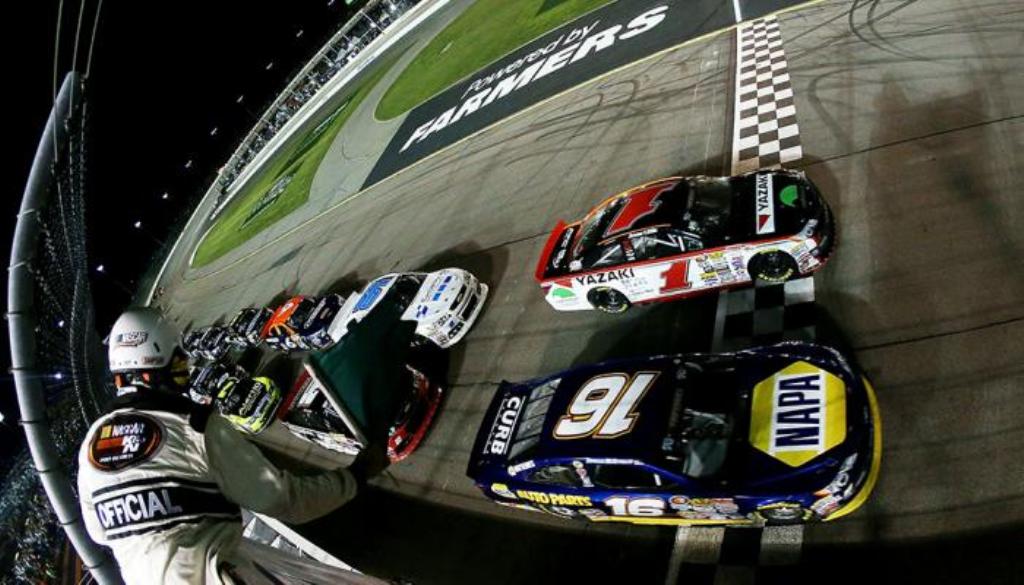 The 27 races on the 2016 schedule – from New England to Southern California, and from Washington to Florida – provides a comprehensive slate of venues and events designed to test drivers and showcase the best and brightest for NASCAR fans.

The NASCAR K&N Pro Series East and West schedules, announced today, comprise of 14 points races for each championship. It is highlighted by the annual meeting in the Heartland for the combination race at Iowa Speedway on July 29.

Both calendars include some of the best short tracks in the United States, as well as several companion events with NASCAR’s three national series, and three road-course races in each series.

In addition to returns to iconic staples of the East and West, both schedules features some exciting new events for 2016: New Jersey Motorsports Park, Alabama’s Mobile International Speedway and Virginia’s Dominion Raceway in the East, and West’s first trip to California’s Orange Show Speedway in more than 30 years.

The West slate also features the return of Douglas County Speedway in Oregon, as well as the first doubleheader weekend in series’ modern history with a pair of September races at Utah Motorsports Campus, formerly Miller Motorsports Park. The East celebrates the return to Connecticut’s historic Stafford Motor Speedway for the first time since 2008.

The NASCAR K&N Pro Series East will race at 13 different tracks in 12 states. Highlights of the 2016 schedule include:

• The championship season will kick off once again at Florida’s high-banked New Smyrna Speedway on Sunday, Feb. 14, and the champion will be crowned at The Monster Mile, Dover International Speedway, on Friday, Sept. 30.
• The series will be the centerpiece of the inaugural season of the brand-new Dominion Raceway, a .4-mile oval 25 minutes south of Fredericksburg, Virginia with a trip on Memorial Day (Monday, May 30).
• New Jersey will join New York’s Watkins Glen International and VIRginia International Raceway to give the schedule a trio of road-course venues.
• Stafford was a staple of the series’ early years as the NASCAR Busch North Series with 29 races in 22 years, and will be the second trip to New England for the series along with New Hampshire Motor Speedway.
• The series will again race at two of NASCAR’s most venerable tracks with a pair of trips to South Carolina’s Greenville Pickens Speedway, and the July 2 event at Ohio’s Columbus Motor Speedway.

Highlights of the NASCAR K&N Pro Series West, which will race at 13 different tracks across eight states, include:

• The 2016 run will begin and end in California. The campaign will get underway in Southern California with a Saturday, March 19 race at Irwindale Speedway, just north of Los Angeles. And in a race that promises an electric atmosphere and fireworks before a traditionally sold-out crowd, the West will decide its champion on Saturday, Oct. 15, at All American Speedway, near Sacramento.
• In an unprecedented race weekend, the series will compete in two full championship races on Sept. 10-11 at Utah Motorsports Campus, the state-of-the-art road course 30 minutes southwest of Salt Lake City. The series ran at the track from 2007-2014 before it was closed temporarily last year. It is the first time the series will run back-to-back days since 1979, and first time since the series’ modern era began in 1971 that the two races in two days will be run at the same track.
• After successful inaugural events in 2015, Arizona’s Tucson Speedway and Idaho’s Meridian Speedway are again on the schedule and join series’ staples Kern County Raceway Park in California, Colorado National Speedway and Washington’s Evergreen Speedway.
• In addition to Utah’s two races, California’s Sonoma Raceway will be the third road course event as it hosts its 38th West race on the NASCAR Sprint Cup weekend in June.
• Orange Show Speedway, the quarter-mile oval in San Bernardino, California, has been in continuous operation since 1947. It held eight West races between 1968 and ’78.

In addition to Iowa, Watkins Glen, New Hampshire and Dover, companion events for the NASCAR K&N Pro Series feature East stops at Bristol Motor Speedway, as well as the annual West race at Sonoma. The 27 races that make up the NASCAR K&N Pro East and West calendar will be contested on 26 different weekends.

NASCAR K&N Pro Series television broadcast schedules on NBCSN will be announced at a later date.