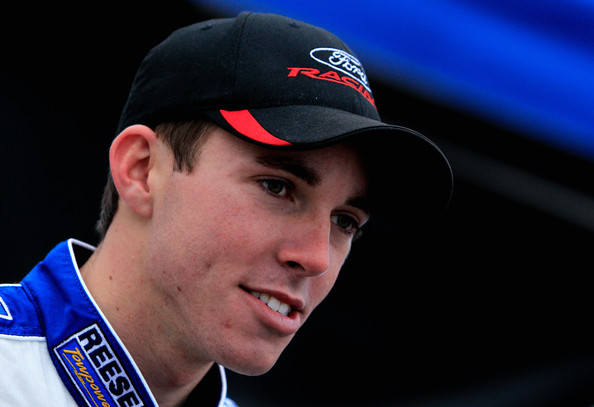 GAFFNEY, S.C. – The 2016 NASCAR Xfinity Series season will be brand new, and the JD Motorsports with Gary Keller team is ready to shine in the new landscape.

NASCAR has changed the system that decides the championship in the Xfinity Series, adding a version of the Chase format that has been successful for several seasons in the Sprint Cup Series.

A victory in the first 26 races of the 33-race Xfinity season will all but guarantee a driver entry into the Xfinity Chase. Twelve drivers will make the Chase.
Drivers will race for the title through three rounds, with four being eligible for the championship in the season’s final race at Homestead-Miami Speedway in Florida. The Final Four driver who finishes the highest at Homestead will win the title.
“We’re ready to race for it,” said JD Motorsports with Gary Keller owner Johnny Davis. “We have the drivers, the cars and the resources here to make a run for the championship. We can’t wait to get started.”
JDM plans to field three cars again this season in the Xfinity Series.

Ross Chastain, who turned in a superior performance in his rookie Xfinity season last year, returns to the team’s No. 4 Chevrolets with backing from the watermelon industry. Brian Berry will be the team’s crew chief, with Gary Cogswell also on board at JDM as a co-crew chief and key mechanic across all of the team’s operations.

Former NASCAR Whelen Modified champion Ryan Preece takes over JDM’s No. 01 Chevys. Zach McGowan, already familiar with Preece from working with him in both Sprint Cup and Xfinity races, will be the team’s crew chief. Preece, who won the Modified championship in 2013, has raced with support from Mohawk Northeast, Inc., Mizzy Construction and Falmouth Ready Mix.

Eric McClure joins JDM to drive the team’s No. 0 Chevrolet in the season-opener Feb. 20 at Daytona International Speedway. Todd Myers will be crew chief. Reynolds Wrap will be McClure’s sponsor.

JDM plans to field the No. 0 cars throughout the season and is actively pursuing driver/sponsor partnerships going forward.

G&K Services, a long-time JDM sponsor, returns in 2016 as one of the team’s key ingredients.

“Everything is lining up well,” Davis said. “We expect to have three strong teams when we get things started next month in Daytona. We should be astronomically better than last year. We’re better prepared, and we have more resources.”

Chastain, 23, scored four top 10s for JDM last season, including a ninth-place run in the season-opening race at Daytona.

“I feel like we really overachieved last year, especially since I hadn’t been to a lot of the tracks,” Chastain said. “Now we’re back and we’ve regrouped. The right people are in the right places, and the morale of the whole team is better.”

Chastain said he’s shooting for race wins, a finish in the points top 10 and a run into the Chase.

Preece, 25, brings a strong resume to JDM. He finished as runnerup in the tough Whelen Modified Series in 2009 and 2012 before winning the title in 2013. He has 15 career wins in that series.

“It’s a great opportunity to run with Johnny Davis Motorsports,” Preece said. “I’ve been bouncing around between Sprint Cup and Xfinity, and it’s good to have a chance to run Xfinity full-time. It’s a lot of good seat time.

“I love to race, and it’s cool that NASCAR has given us the opportunity to shoot for the Chase and to race for a championship.”

McClure has finished in the top 20 in points in the Xfinity Series in each of the past five seasons. Also a former Sprint Cup driver, he brings a wealth of experience to JDM.

McClure raced for Davis in 2007 in the Xfinity Series.

“Johnny’s organization has come a long way,” McClure said. “It’s fitting that at this stage of my career that I can come back and partner up with a guy who knows how to race and knows how to maximize his opportunities. My career has sort of come full circle.”