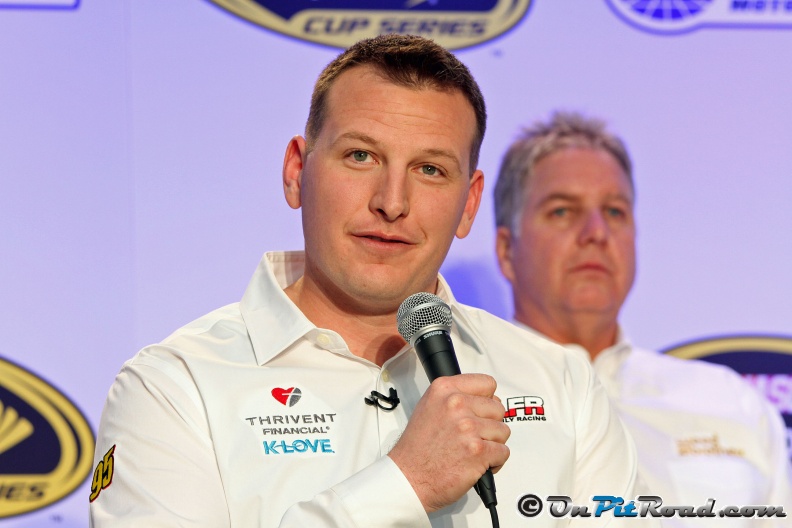 NASCAR Veteran Dave Winston Joins No. 95 Team; Jeremy Lange Promoted to VP of Race Team Operations
CONCORD, N.C. (January 28, 2016) – Circle Sport-Leavine Family Racing announced today that Dave Winston has joined the team as crew chief of the No. 95 Chevrolet SS which will compete full time in the NASCAR Sprint Cup Series this season. In addition, Jeremy Lange who oversaw marketing for the team the past two years has been promoted to Vice President of Operations for the Concord-based race team.
Dave Winston is a 15-year veteran in NASCAR having started his career at Roush as an engineer and worked with drivers including Greg Biffle, Brian Vickers, Kurt Busch and Jamie McMurray. Winston has been part of 18 wins, 7 poles, 51 Top-5’s, 118 Top-10’s in the NASCAR Sprint Cup Series to date.
“Dave is a perfect fit for our team having worked at both large and small organizations,” said Bob Leavine, Partner in CSLFR. “He understands the budget constraints of a small team but knows what is required to make the team more competitive. I really like his engineering background as that is a key factor in our alliance with RCR. Understanding and being able to incorporate setup changes from simulation data is an important part of the crew chief’s responsibility. Dave is very organized and has already gained the respect of our staff in a short period of time. I’m really proud to have him on our team.”
Jeremy Lange joined Leavine Family Racing in 2013 bringing more than 15 years of experience in advertising, marketing and sales to the team. He has worked in NASCAR for more than ten years, first joining the sport after securing his MBA from the W.P. Carey School of Business at Arizona State University.
“Over the past two and a half years Jeremy had taken on more responsibility than just his marketing role,” said Leavine. “On a small team it’s all about having a ‘whatever it takes attitude’ and Jeremy is the first one to volunteer for extra work. A perfect combination of desire, experience and education makes Jeremy a valuable officer of our growing organization.”
Circle Sport-Leavine Family Racing will kick off the 2016 NASCAR Sprint Cup Series season with the Daytona 500 on February 21, 2016. Follow the race team on Twitter for updates at @CSLFR95.