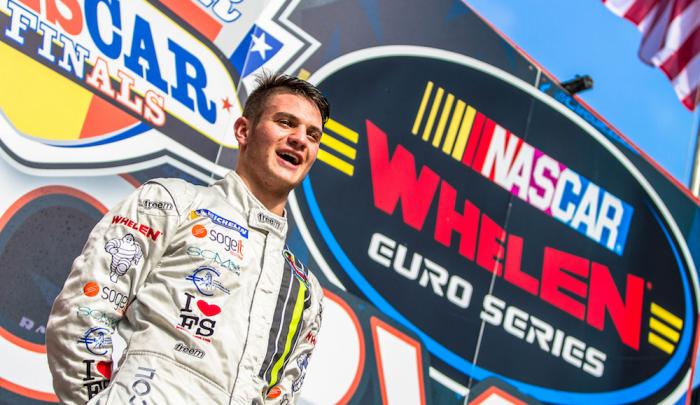 The 20-year-old Rome-native will take the wheel on the high-banked half-mile oval to face some of the best drivers of Pro Late Models, gathered in Florida for the beginning of the NASCAR season. The events in the Daytona area, attracting every year the entire NASCAR world and culminating with the Daytona 500 on February 21, will grant Ercoli and the other European drivers the best chance to be in the spotlight inside and outside the car.

“I am training hard and watching many videos on the web. It is a fascinating challenge for a European driver, but I know that the NASCAR Whelen Euro Series is the best championship to prepare this step and obtain the best possible result,” said the Italian. “It is an important chance for my career, one that can open many doors and bring me one step further towards being a professional driver and I thank NASCAR, the NASCAR Whelen Euro Series and Nexteer Automotive for their incredible support. I can’t wait to be in middle of the pack!”

After moving directly from karting – where he won one Open Masters title, one ROK World title, two ROK Italian titles – to NASCAR racing and making a positive impression in his first outings in the NASCAR Whelen Euro Series in 2014, Ercoli brought home the 2015 ELITE 2 title thanks to four wins, ten top-5s, eleven top-10s  and a perfect clutch performance in the Zolder Finals. The Italian entered the event fourth in points and monopolized the top of the charts with the pole, two wins and two fastest laps to earn a championship ring and the “Mr. Clean” nickname, in his first complete season of auto racing.

Following his American debut, Ercoli will climb another step in the NASCAR Whelen Euro Series ladder by joining the ELITE 1 Division grid with his #9 Double T Ford Mustang. Together with the Italian, many other young talents, like Thomas Ferrando and Ulysse Delsaux, will move up the ranks to build their NASCAR career in Europe, aiming to become the NASCAR Whelen Euro Series champions of tomorrow.

The February 15 races from the New Smyrna Speedway will be streamed live worldwide on Fanschoice.tv starting from  7:30 p.m. ET.